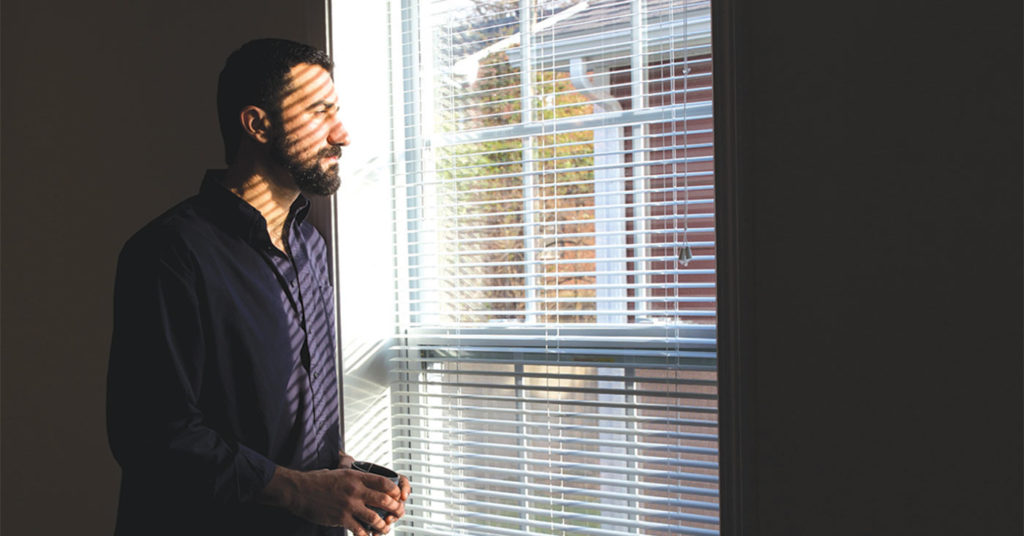 This is the first of seven stories LEO will publish about immigrants in Louisville who came from the seven countries — Iran, Iraq, Libya, Somalia, Sudan, Syria and Yemen — that President Trump initially targeted with bans. Documentary photographer Amira Karaoud said about her series of photographs and interviews:  “‘Keep the American Dream Alive’ tells of immigrants and refugees from the seven banned countries. Just like the founders and ancestors of this country, they came with dreams, hope and intellect to build a better tomorrow in all freedom to themselves to their community and to their new homeland, U.S.A.”

Why did you choose to come to the U.S.?

The American Dream! [big laugh and smile] Since I was a child, I dreamed about coming to the U.S., living in the land of opportunities. There is a reason how I got here. Back in Iraq, I got involved during the war, helping the American troops, working as a contractor with them. There is a special visa program for people who worked with the troops. I applied for it. It took me three and half years to get my visa, and now I am here.

I worked as a conveyor before I got here and when I got my approval I still had to finish my duties before I come here. After the approval, life meant a lot more to me. Before then, I never thought about getting attacked or killed by Al Qaida. It’s a risk that comes with the job. After I got approved, it became a concern to me, I wanted to live, I wanted to make it here. I had a friend that died on his last job and I didn’t want that to happen to me. During the trip, I was still in disbelieve. When I left the airport, and walked on the streets of Chicago, it was a dream coming true.

What does America represent to you?

When I was in Iraq during the operation of Iraqi freedom. I worked with American soldiers, and I saw them as brothers. I wanted to get more involved. With the civilians’ protection job I got after that, I met American engineers that come to Iraq, and I was appreciative of Americans. When I came here, I got to meet a lot of people, and people are very supportive, and I got to achieve a lot of things. I got promotion and raise in salary. I volunteer. I am involved with the community. I even own my house, today.

How did the ban order affect you?

I am not sure if it is something inside of me, but, today, I am very conscious about not being from here, [a laugh]. I even get yelled at one time by some kids ‘go back to your home,’ they’re kids [another laugh]. People used to ask me in a friendly way, where I am from, recognizing I have an accent. But, today, I see how many people don’t want us here. I became more conscious about this issue, and it is affecting my daily life.

I was in Philadelphia spending a weekend with some friends during some protests. When I was leaving, at the airport, I didn’t want to even go to the restroom, I was avoiding any contact, I was scared of people. It’s strange time. We work hard to get here, we work hard to integrate the society and suddenly something like this happen.

I have two brothers who worked also with the troops, but they didn’t apply for the program. When I got here, I had the possibility to apply to bring my family, my two brothers and my mother. I did apply so they can join me. It’s been two years since they got approved, yet they’re still not able to come. I haven’t seen them since I left.

I don’t know if I have to accept the fact that I will live here without my family, or they might be able to come one day or I should just return to them. ‘Cause, today, I am losing hope of them joining me here.

What message do you have to America?

As I mentioned earlier, I always wanted to come to the U.S., since I was a kid. We look to America as the country of freedom. A lot of people outside of the U.S. dream about being part of this society. When we get here, we do the best we can. We don’t do anything illegal. We live real life of freedom. We really appreciate life here. We are not threat to anyone. We try so hard to be best neighbors, best worker and best citizens. •

Amira Karaoud has shown her work internationally, and at the Crane House, Spalding University, Louisville Free Public Library and other locations.