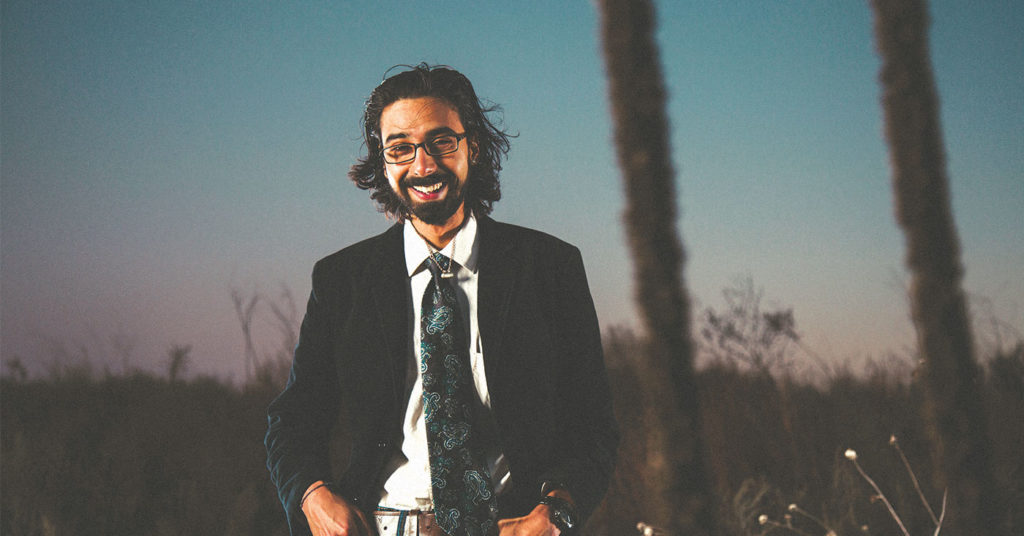 Krish Mohan and Garrett Titlebaum aren’t household names yet, but when their Rupees & Shekels Comedy Tour makes a stop in Louisville you will want to be in the room. Both hailing from the Pittsburgh comedy scene, the two comics couldn’t be more different. Mohan is a high-minded political commentator, while Titlebaum is the silly everyman. Initially hatched by Mohan, the Rupees & Shekels Comedy Tour has him putting final touches on the material for his next special, which he films next month. Local performers Kent Carney and Mandee McKelvey will also be on the show. Mohan and Titlebaum took time to chat a little about the tour, Pittsburgh and even politics.

LEO: Where did the name Rupees & Shekels Tour come from?

Garrett Titlebaum: Krish used to live with me, and I was playing the video game ‘The Legend of Zelda’ on my Super Nintendo. The currency Zelda has is rupees. Krish is from India, and I had no idea that was also the currency they had in India.

Krish Mohan: And shekels are the currency in Israel. So it’s kind of an inside joke from when we were living together.

What makes this the right time to go on the road together?

GT: Being newer to this, this is my first long stretch out on the road.

KM: It’s something we’d been talking about for a while. But I’m usually on the road 40 weeks a year, so a lot of it came down to trying to make our schedules align for this. For me, it’s really fun to be on the road with someone, because, most of the time, it’s me alone in my car thinking about my material, or listening to a podcast, or to music. This way there’s someone there, someone to interact with. But it’s even better when the person is funny, and you can hang out with.

You all have very unique approaches to comedy. Garrett is a little silly, and Krish you’re more thought provoking and political. How do you complement one another?

GT: I’m like Krish’s fun uncle. I’m really proud of him, I think he’s doing his best, and I’m going to make a lot of corny jokes. I try to be as relatable to everyday folks as I can be, while Krish is aiming for some real high-minded topic. But we see the world in the same way a lot of times — we just go about it very differently onstage.

KM: I think for me, to really take on some of these really important topics, I have to remember to find the absurdity in them. Garrett reminds me of that all of the time, because there are definitely parts of my set that should be sillier.

What is it about Pittsburgh that is making it such a thriving comedy scene?

GT: We’ve got a lot of really good people here who are working really hard to give a good name to this city. There’s a lot of do-it-yourself comedy around here, shows that are popping up in places that aren’t conventional clubs. The clubs are what drove the comedy scene of the ‘80s and ‘90s, so we’re finding new ways to get up and do time. And the people are catching up to what’s going on here. They’re seeing the creative endeavors that people are making, and they’re starting to come out more for live comedy.

KM: I talked to a couple of old musicians once, these were guys that used to play a lot of jazz and blues. They told me that anyone who was going into New York, or coming out of New York on the road, would always want to stop in Pittsburgh. They loved the audiences in Pittsburgh. Why would you do a two-day trip to Cleveland, when you can stop and do a gig in Pittsburgh?

Krish, you emigrated here as a child, how do you feel about the first couple of months of Donald Trump’s administration?

KM: [Laughs] I think we’re being distracted by a lot of this. The Republicans are doing this thing where it’s like: ‘Let’s go back to when a lot of people were making a lot of money.’ But, they weren’t. Some people were making a lot of money by letting the corporations run our country. So they’re like: ‘Let’s shift the attention to him tweeting at Australia, so they won’t see what we’re actually doing.’ But the good thing is, I think people are taking notice. They’re paying attention. They’re getting involved. The travel ban, this healthcare debacle — now they’re trying to sell your personal web history. The thing is that all of this has been done before, but now people are starting to speak up and call them on their bullshit.