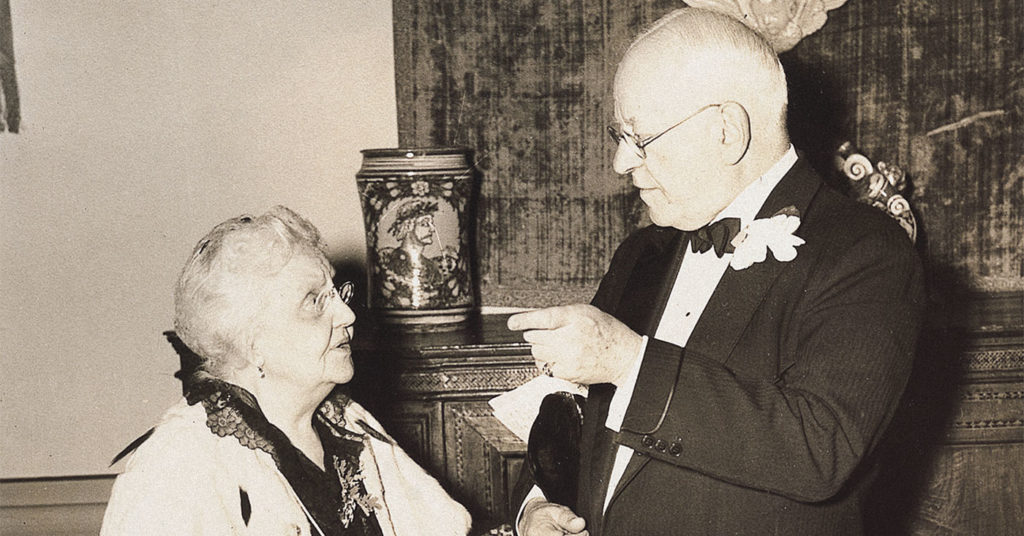 I still want a woman for president. Nationally, that’s not happening right now (insert sigh here). But locally, there is an opportunity for a female — or a minority or both — to be selected for one of the most prominent art positions in the state: director of the Speed Art Museum, the largest art museum in Kentucky.

By the time you read this, Ghislain d’Humières, the chief executive officer of the Speed, will have stepped down. The interim director is former board member Stephen Reily, cofounder of Seed Capital Kentucky and chair of the Greater Louisville Project (the museum is currently showing “Southern Elegy: Photography from the Stephen Reily Collection” through Sept. 24).

A woman at the helm of the Speed is not unheard of. Hattie Bishop Speed founded the museum in memory of her husband J. B. Speed. She was the first president and director from its opening in 1927 to her death in 1942. Board member Catherine Grey then became acting director.

The Association of Art Museum Directors (AAMD) and the National Center for Art Research revealed an eye-opening report titled “The Gender Gap in Art Museum Directorships” in 2014. In it, they noted that women hold a little less than half of the directorships/CEOs/presidencies at art museums. On the surface, that seems to be good news. But there’s a dividing line and that’s where the glass ceiling of gender disparity is revealed. That line is an operating budget of $15 million and above, found at museums such as the nation’s largest, the Metropolitan Museum of Art in New York City. About one fourth of AAMD member museums have budgets at that level, with women leading only 30 percent of the largest museums.

Salary also breaks down at the $15 million mark. The average female director’s salary is relatively equal to men if the museum is under that line, but only 75 cents for every dollar earned by males if above (the national average for all working women is 80 cents).

If the women are not white, the figures are worse. Per the 2015 Mellon Foundation museum survey, 16 percent of the job category “curators, conservators, educators and leadership” are non-white/minority. Black women directors are usually found at African or African-American museums.

The AAMD Gender Gap report was updated in 2017, with the findings roughly the same. While women are now heading 48 percent of America’s art museums, they are smaller in size and budget. The numbers of females in charge decrease as the budget increases, with women as directors mostly at college/university museums and culturally specific museums. Men continue to hold most directorships at single artist museums, encyclopedic museums and contemporary museums (the Speed is an encyclopedic museum).

There are several major art museums in America that have been led only by men. The art world is all abuzz since the news broke that the Metropolitan’s director/chief executive, Thomas P. Campbell, is stepping down and would be leaving in June. There is a call for the search committee to strongly consider qualified women curators and directors for the position.

In a recent The New York Times article, the Center for Curatorial Leadership’s Elizabeth Easton said if a woman broke the “ultimate glass ceiling” at the Metropolitan, “it would help reduce the unthinking bias against women at the top of other large institutions.”

Which leads us back to the Speed Art Museum and its future director. The search committee has the potential to break its own glass ceiling with the hiring of a woman or a minority or both. With a budget of $8 million, it falls in the group of museums led equally by women and men. Out of its five curators, three are women. It’s also encouraging that the Speed has a history with diversification; d’Humières is famous for his use of a spreadsheet to increase the range of the museum’s board of governors and trustees.

“Change is inevitable and, in many ways, an important part of [the Speed Art Museum’s] continued growth and success,” said Martha Winans Slaughter, chair of the Board of Trustees. “We encourage all qualified candidates — female or male — to show interest in our executive leadership position. Hattie Bishop Speed served the Speed well as our founder and first director, and yes, we would welcome a female executive director who will take us toward our second hundred years.

“Our new director — whoever that may be — will share [our] mission and love of great art, as we move into the next chapter of the Speed’s story. We look forward to taking the time to meet, interview and select that person over the coming year. This will most likely result in a search process that will involve candidates from across the country.”

With their level of attention paid to an inclusive agenda, the Speed Art Museum should seriously consider a qualified woman for the directorship. It would be a bold move whose time has come.