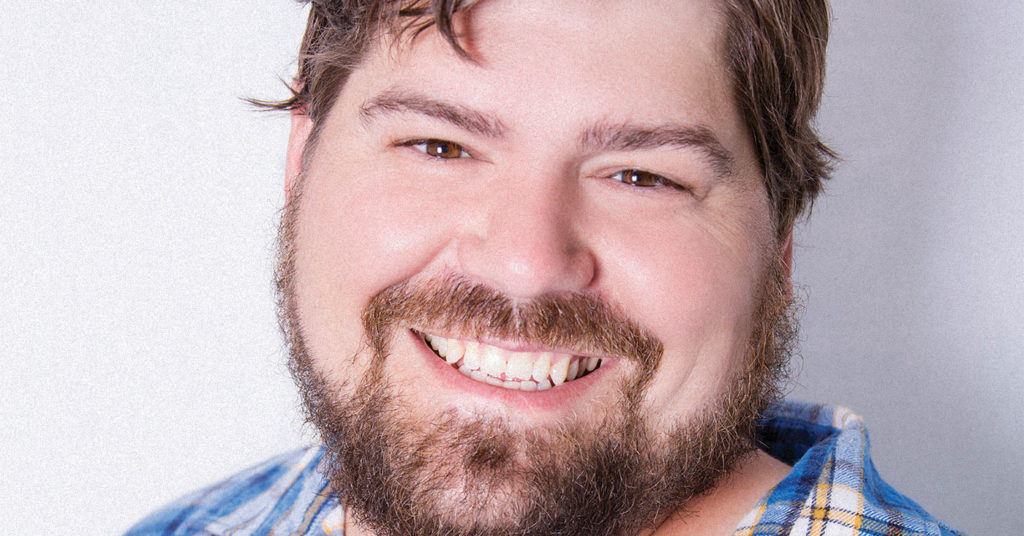 Mitch Burrow has stories to tell. His narrative-based comedy meanders through a myriad of places, including: his childhood in a small, conservative town in Georgia, his lesbian sister and his time in the Marine Corps. Burrow’s sense of humor emerges from his everyday life, echoing his heroes including Brian Regan and Jim Norton. He filters his true stories through a lens of absurdity. It’s a formula that has taken Burrows to stages all across the country from the Great American Comedy Festival, to being a semi-finalist in the Laughing Skull Festival, performing at Bumbershoot in Seattle, and the Rocky Mountain Comedy Festival in Salt Lake City. This weekend Burrow will be headlining The Caravan.

LEO: You’ve been through Louisville before. What comes to mind when you think of this city?

Mitch Burrow: I have some great memories of Louisville. When I first started out headlining decent-size clubs, this was one of the first places to give me a shot. Another time, I was there opening for Rich Voss, which that was such an honor because he is absolutely one of my favorite comedians already. But that weekend Brian Regan was in Louisville doing a big show downtown. After his show, he came down to the club and just hung out with Rich and me and whoever was hanging there that night. It was so cool to have one of the comedy legends come through, just kickin’ it at the club.

I hear he does that. It must be hard for comics to get the club out of their system once they’ve moved on.

Yeah, he said he likes to spend time in comedy clubs. When you’re starting out, you’re going up every night, hanging out with all of your friends and doing what you all love to do. But then, once you get out on the road, you get pretty bored and lonely, so you have to go seek out like-minded people.

I take it Regan was a big influence on you.

Oh yeah, especially once I decided I wanted to start writing cleaner material. I studied him and how he could make things naughty without making them dirty. Also, I loved Jim Norton, which is kind of the opposite extreme.

So did they lead you into doing comedy?

Well, growing up I didn’t know that was something people were able to do, not like, as a job. But when I got out of the service, I would tell people these stories of things that happened over there. And, as it turned out, I was a good storyteller, and they would just laugh at all of my stories. So I thought, ‘Well, maybe I can do this on a stage.’

Which begs the question. What was your first time like?

I was really drunk, so I don’t really remember. I was living in Lancaster, California, so I drove four hours to The Comedy Store in San Diego. When I got there, I was a little nervous, so I did some shots of tequila, had a few beers, and that was kind of it. I don’t remember, but I was told I actually did do pretty well that night.

Did you come from a funny family?

Nah, they were pretty prudish and lame. Well, one of my sisters is pretty funny, but she’s a lesbian. I think she developed a sense of humor to protect herself when she was coming to terms with who she is.

Do you feel like growing up in Georgia gives you a different perspective than other comedians?

I do. I feel like people who grow up in larger cities kind of live in a bubble. They have a very inaccurate view of what it’s like to grow up in the South. Also, in the military I was all over the world, at least more than most people. And that showed me that people are all mostly the same, no matter where you go — and so if you can be funny here, you can be funny anywhere.

What was your experience being in the Marine Corps?

It was great. I spent three years traveling all over Asia. And then the last year was pretty much spent in Iraq. I didn’t have a bad experience over there — so overall I had a great time.

Was it a hard adjustment coming back?

It’s the easiest thing I ever did. Going from getting yelled at all the time, being bored on ships in the middle of the ocean, always being told what I have to wear. And then I get out, and I’m a free man? It was the easiest transition I ever made.