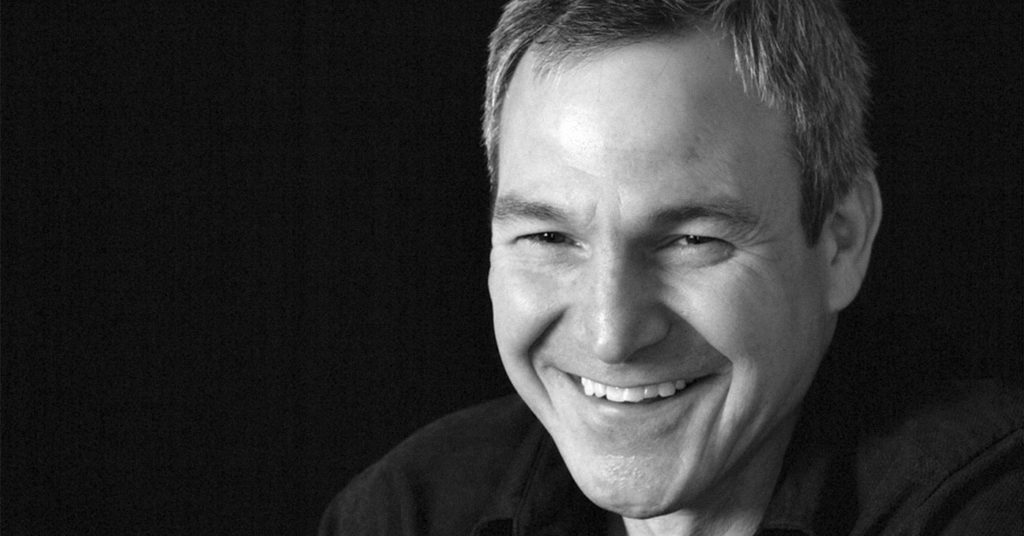 Mark Klein calls himself a “stand-up monologist.” He spends a lot of time examining modern society, family and the tenuous process of aging. “I’m a middle-aged man in a youth-obsessed society,” he explains in one bit. “Well, you’re going to get old, too, girls and boys. You’re going to get old, and you’re going to die. And that’s if everything goes well.” His diction is fast, deliberate, and lean — as though he might be the guy with the top hat trying to coax you into his funhouse. He has performed all over the world in his last three decades on the road, as well as made several television appearances on CBS, Showtime and A&E. This weekend, Klein will return to the stage of his home club, The Caravan, for a series of hometown performances.

LEO: This is your home club, and you have probably performed on that stage thousands of times. Are there shows that stick out from The Caravan over the years?

I can tell you a great story that happened in this club. Early in my career, my father would travel with me when I was on the road. He traveled with me all over the country, Georgia, Pennsylvania, everywhere. He enjoyed what I did and was proud that I was doing it. And a year ago, my father was 92 years old and came to see my show for the last time at The Caravan. He passed away in October. He was in a wheelchair. He had limited mobility, but he wanted to see my show one more time. He was surrounded by friends and family, and got to see me do a really great show in that room.

Your material is intelligent and uses language in a succinct and precise way that is uniquely your own. Does that come from the lingering shrapnel of earning an English degree?

Shrapnel, by the way, is a great word for describing someone who has made a career of being onstage. But yeah, I have always loved the English language. And I’m not a funny person, I don’t have funny faces, or funny looks that I can give an audience. I am only funny in the way that I use words. I like to talk about broad concepts of what it means to have family, what it means to be getting older — and how humans are the only known being in the entire history of the universe that can laugh. And I don’t think that’s accidental. I don’t mean that so much as a religious thing, but of all the known creatures out there, we are the only ones that can laugh and make one another laugh. So when you think of it through that lens, you tend to stop taking one another for granted.

In that same line of thought, laughter really being the universal language — is comedy something that can unite people rather than divide them?

It is and can be. I pride myself on the fact that no matter who you vote for, or what side you stand on political issues — you will find a lot in my show to laugh at. And that’s not accidental, either

There’s something about your delivery, as well. It feels like you’re always trying to charm and seduce the audience at the same time.

[Laughs] Well, something like that. And the ones that don’t want to be charmed, I bring them along with me, anyway. It’s like being a jockey at Churchill Downs. Some audiences need to be touched up right out of the gate, while others you can just hang on for the ride — it just depends on who’s in front of you.

Speaking of Churchill Downs, you’re playing Thunder weekend, which kicks off Derby season in Louisville. Being that you’re a big race horse enthusiast, this must be your favorite time of year.

When I was single, I used to plan my on-the-road life around where the horses were. I would be in the Midwest, North and Northeast during the spring, summer and early fall, and then I would go to Florida in the winter. Horse racing is my sport of passion. Even now, I always play in Louisville around Derby — that’s no accident, either.

Considering you also own race horses, do you think you’ll ever be in the Winner’s Circle on Derby Day?

On Derby Day? I don’t even have a horse good enough to run on the weekends! But I’d rather have a bad horse, than no horse at all.

Also, having a son in college, did you find it difficult being a father on the road most of the time?

It’s a balancing act, for sure. But I look at it as: you want to win the game of comedy, but you have to win the game of life. I’m on road about 26 weeks a year. Sometimes I get to take the family with me, and we’ll take a vacation while I’m in Florida or doing a cruise or something. But it’s funny — Bahamas will perk their ears up, and yet they never sign up for the bowling alley lounge in Carbondale, Ohio, gig.