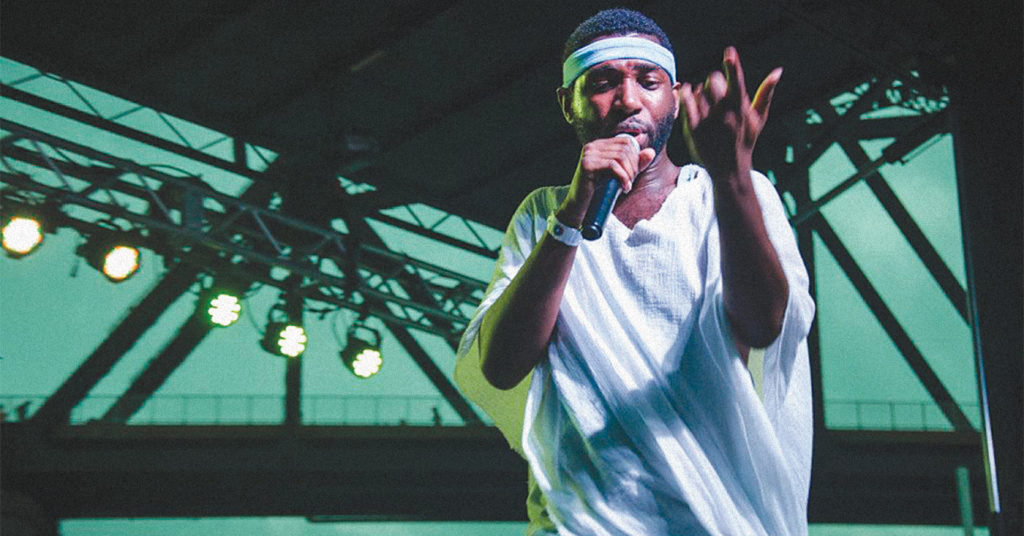 LouiEvolve returns for the second year this Saturday for a two-day celebration of all things hip-hop, with performances from emcees, DJs, slam poets and breakdancers at Tim Faulkner Gallery. This is like a real-life version of the show “The Get Down,” a warehouse party that showcases a broad array of the who’s who in the Louisville scene, including Dr. Dundiff & Otis Junior, 1200 and Bird Zoo.

Rapper Amore King performs Saturday and is a Louisville emcee by way of North Carolina, who got an early start in the hip-hop game, spinning records for his older sister’s parties from a young age.

“She would have get-togethers that I probably shouldn’t [have been at] based on my age,” King said. “She let me control the music. Imagine being 8 or 9 and picking the music for 17 and 18 year olds.”

King recently dropped Valentine’s Day Jordan, a dynamic, full-length that pivots between relaxed and pensive narratives in a style that reflects the golden age of hip-hop, although with a more modern feel — ideal for blasting off a party.

“You know how you first felt when you listened to music and you were excited to hear what your next artist was dropping,” King said. “A lot of artists are too accessible. It takes away the mystique of the artist. I think the music is very watered down now. Even rappers are like, ‘I’m an entrepreneur.’ I’m a rapper. That’s what I want to get back to — being dope. I want to restore that real feeling again.”

Inspired to get into the game after writing poetry and playing the drums in high school, Tiara P, performing Friday, took furtive steps to get out there, taking time to ensure quality above all else.

“I know I’ve been very slow at putting out music, but I am doing a lot of it on my own,” she said. “I really would like to build a team but it seems everyone in Louisville is already a part of something or pretty much out for self. And that’s no diss to anyone — there’s a lot of awesome movements — but I’m not really interested in joining something that might make it seem like I’m riding someone else’s wave. I’ve done that a couple times before and it’s just not a good move. I’m trying to put all the pieces together, but it’s easier said than done.”

Other than one single in 2016, Tiara P has only her debut album The Young and the Wreckless. A largely solo experience, Tiara P carries the album in a way usually reserved for seasoned veterans. Like King, there is a dynamic range to her skills that blends elements of R&B with hook-heavy hip-hop.

As one of the few women in Louisville hip-hop, Tiara P admits that, at times, it’s been a challenge.

“I recognize that I have to work even harder as a woman in this game,” she said. “There are a lot of guys that I feel like get more attention than they deserve, nationally or locally. But the femcees are overlooked or pitted against one another. Many of the women in the city are pretty cool with each other. One thing I can say is I’d almost rather be ignored for being a woman in a man’s game than to be given special treatment for it, which is something I noticed happening in battle rap. I know I’m good regardless and I’d put my lyrical abilities up against anyone. I don’t wanna be seen as ‘nice, for a girl’ or whatever.”

For Tiara P, the LouiEvolve festival is about community and a connected experience through music.