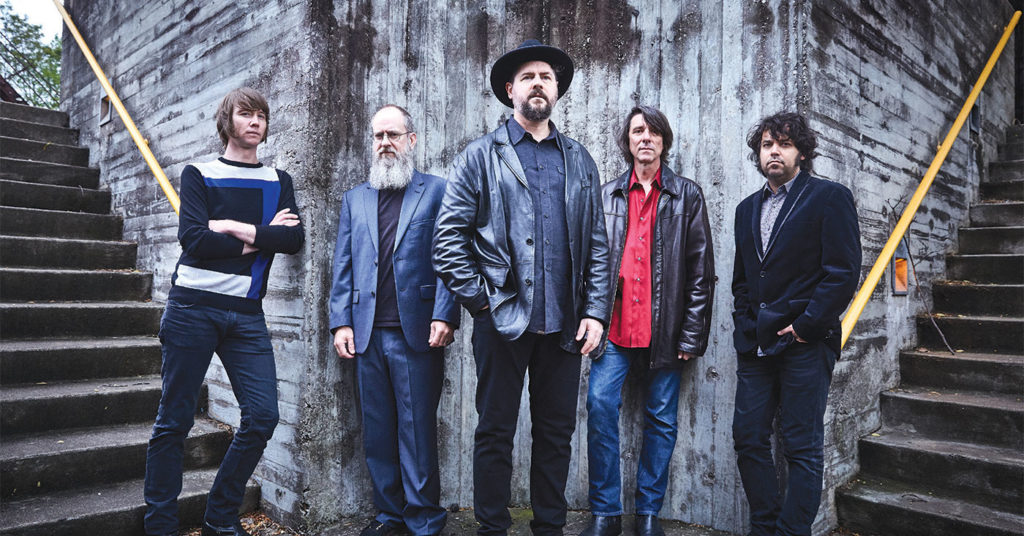 This week kicks off WFPK’s Waterfront Wednesday series and the Fest-A-Ville concerts (free with a Pegasus Pin). But, just in general, with Derby around the corner, Louisville will be packed with live music for the near future, so here’s our suggestions of what shows you should catch this week.

Murder By Death, Whitehorse, Maximon
Wednesday, April 26
Big Four Lawn
WFPK’s Waterfront Wednesday returns for the 2017 season, with the hard-hitting, ominous-sounding band Murder By Death, who relocated to Louisville a few years ago, after originally forming in Bloomington, Indiana. Their latest record, 2015’s Big Dark Love, is big and layered, with melancholy strings and haunting ‘70s-leaning keys, combining for a sound that is a little more polished than usual for the five-piece, but still carries their signature grit. Whitehorse, featuring two singer-songwriters who combined forces, is a bluesy duo that brings their studio depth to life through loop pedals and improvisation. Maximon, who recently released their debut full-length If Yes Do, is a dream-rock band that can twist in interesting directions, while still crafting focused, catchy songs — it’s definitely worth trying to sneak out of the office early to make it to their 6 p.m. set.

Cedric Burnside Project
Thursday, April 27
Zanzabar
The grandson of R.L. Burnside, and the son of drummer Calvin Jackson, Cedric Burnside has the blues in his blood. Carrying on the hill country blues tradition, Burnside — who sings and alternates between drums and guitar — plays a supercharged, rhythmic style that fills an incredible amount of space with just a few instruments. A true virtuoso, who captures a direct, sharp blues sound that seems to — no matter if the tempo is fast or slow — hold a groove that has a danceable, almost-funk undercurrent. Something that’s best experienced live, if you’re a blues fan of any sort — you won’t want to miss this.

Crown Larks, Insect Policy,  Doctor Girlfriend
Saturday, April 29
Kaiju
Crown Larks, a jazz-infused, post-punk band, is incredibly versatile and able to move in a number of directions. Insect Policy — a clever, winding, experimental noise-punk band — is about as predicable as a wild animal trapped in a one-car garage. Holding your attention like a thriller film, Insect Policy runs through a maze of jolting turns and satisfying payoffs. Doctor Girlfriend, one of my favorite new local bands from 2016, is no-wave tornado of guitar freak-outs, wild percussion and manic vocal performances.

North By North, The Thumps, Dead Room Cult
Sunday, April 30
The Cure Lounge
North By North is a two-piece Midwestern riff-obsessed rock band that is a distant descendant of the electric blues, in the vein of The Black Keys. The Thumps — a piano and accordion driven four-piece — takes a familiar, emotionally-charged style of rock, and filters in through a truly clever core of instruments. Dead Room Cult swirls funk and psych sensibilities into a straightforward rock ‘n’ roll.

Drive-By Truckers
Wednesday, May 3
Fest-A-Ville
One of the most venerable alt-country bands of the last two decades, the Drive-By Truckers have rarely missed throughout the years. Central songwriters Patterson Hood and Mike Cooley have remained constants, and despite parting ways with the extremely-talented Jason Isbell, the Truckers have continued to create a string of great albums, including 2016’s American Band, one of their classic reflections of the sociopolitical landscape of the country. With their mix of sharp storytelling and sweeping guitar-band tendencies, they have a reputation as one of the best live acts out there. Catch them for the price of a $6 Pegasus Pin, which also gets you into two weeks of other events.