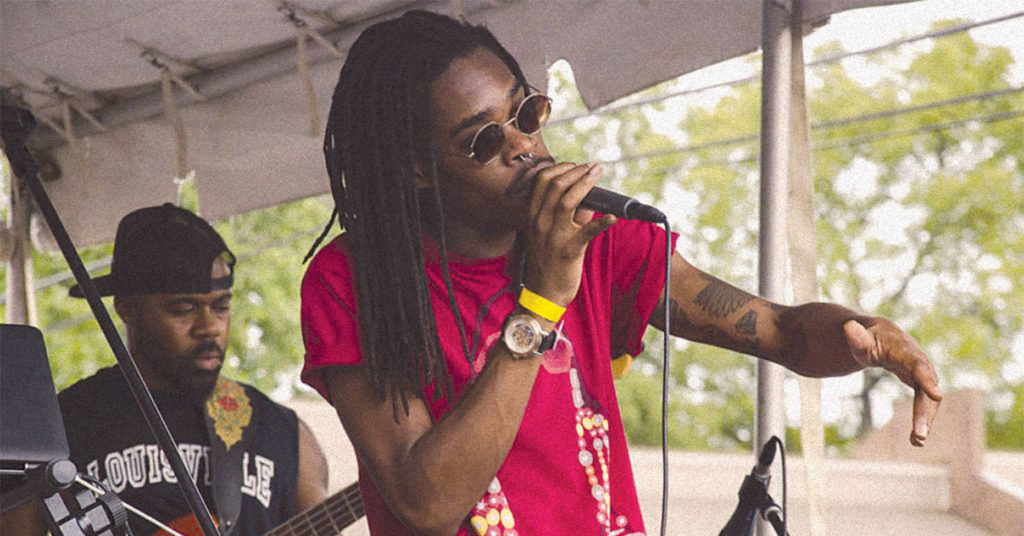 For the seventh consecutive year, GonzoFest Louiville pays tribute to the iconic author and inventor of gonzo journalism, Hunter S. Thompson. In addition to a day-long showcase of fantastic local acts, at its core Gonzo Fest is about keeping gonzo alive, using music, art and poetry. The immersive writing style that Thompson developed inherently became the ideology — to be hyper-aware, vocal and unafraid. That’s pretty much gonzo.

His legacy will be honored this Saturday, April 15, at the Louisville Free Public Library downtown, an ideal site for celebrating the literary impact of our revered hometown weirdo. There is more to GonzoFest beyond music — check out the discussion panels in between sets. Special guest Juan Thompson, Hunter’s son and author of “Stories I Tell Myself: Growing up with Hunter S. Thompson” will be present.

The five-piece Nellie Pearl will soon be bustling around the country on tour supporting their debut album Lonesome No More!, but first, they headline a library party. Led by singers Rachel Monroe and Jonathon Mitchell, the band embraces its restrained Americana tunes with simplicity and musical force — no cliché flubs here. Notable songs include: feel-good single “Live/Die” and the totally punk rock “True, Fiction.”

Soul artist Otis Junior returns to GonzoFest, but who’s to say who else will show up on stage with him. His excellent collaboration with Dr. Dundiff on the February release Hemispheres should be fresh on the set list. Notable songs include: the melancholy, but cool “Bubble” and “The Mixture” for its straight up ease.

Brother Wolves plays the sort of mud-stained rock and roll that only comes from living around the Ohio River Valley. As the five-piece works to complete their debut album, here are some notable songs: “The People’s Problem” for that freedom ain’t free relevance, and solid resonator “Don’t Wait.”

The swift trio Satellite Twin plays seriously, but the ride is an enjoyable pursuit. It’s post-punk aggression on rising arcs, while obscure lyrics seek guidance in mathy, melodic hallways. Notable songs include: the wild “Ignitor,” and “Mechanical Hearts,” a shimmering guitar soundscape to cushion the fall.

Brooks Ritter is like one of those guys who never put down the guitar in his life, and it paid off. He is on the circuit again with a new album still stewing from last year, a heavier follow-up to his folk-focused past, titled Stereo of Steel. Notable songs: the distortion showered “World on Fire” and hard blues howler “Shadows.”

A band born in the early ‘90s, Sativa Gumbo reformed last year to continue its mission of spreading the groove. Funk is the catalyst for what they do on stage, which is an improvised blend of southern rock, blues, reggae, bluegrass, and R&B. Notable songs include: It is all one song.