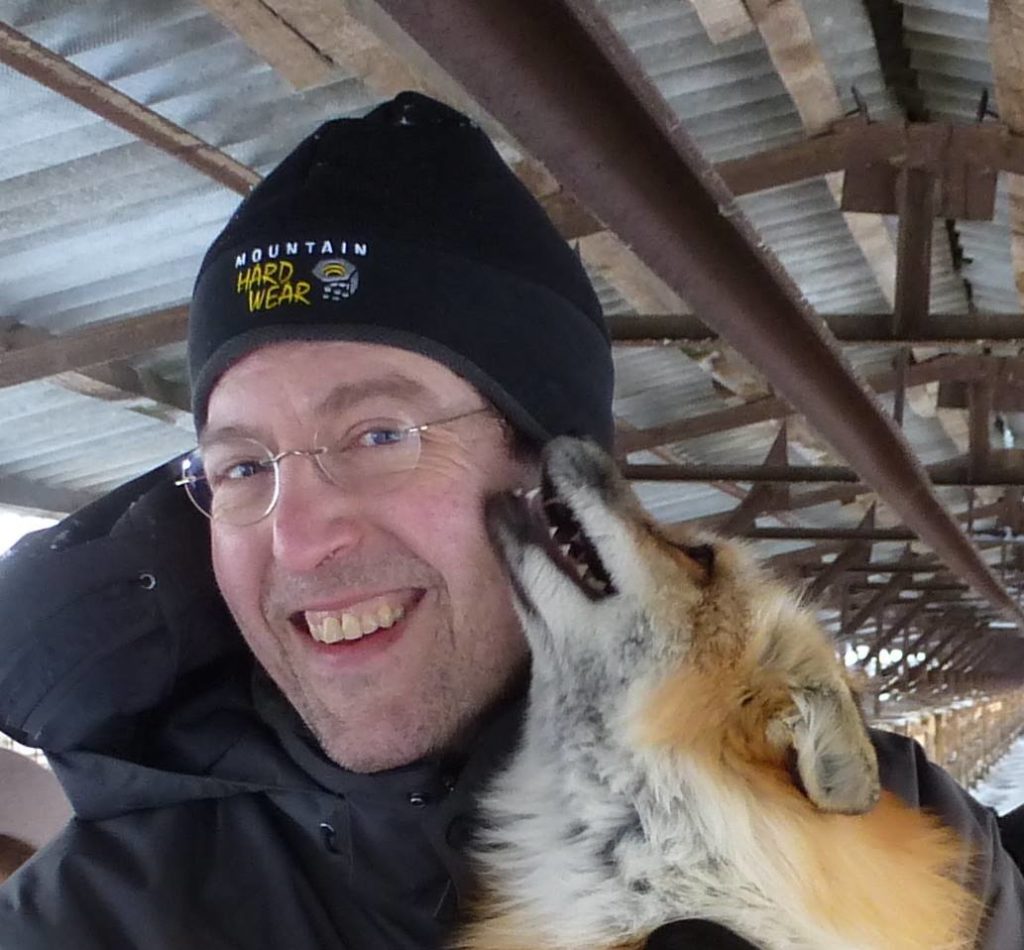 A summer night on a fox farm in the Soviet Union in the mid-1970s. A woman on the grounds hears footsteps in the darkness. She’s startled — but not by the man walking near the fence. What amazes her is that a fox is barking like a protective guard dog.

But Professor Lee Dugatkin will share that, just as this fox isn’t the wild, secretive creature you might expect, the Siberian farm wasn’t — and isn’t — quite as it seemed. In the new book he co-wrote, “How to Tame a Fox (and Build a Dog),” the UofL biologist details the fascinating history of an experiment that has produced remarkable results through nearly six decades. Geneticists set up the fox farm as a front while, behind the scenes, they were studying how domestication might proceed not over thousands of years (as it had for dogs, cats, sheep, etc.) but over mere handfuls of generations. Dugatkin (who, unfortunately, doesn’t have his own pet fox) will be reading and signing at the Barnes & Noble in Paddock Shops this week.

The study needed to be under wraps at its start because, during Stalin’s time as Soviet premier, applying scientific rigor to the study of genetics could get you arrested or even killed. The discipline of research had been undermined by hackwork that had somehow become politically popular — perhaps comparable to today’s “alternative facts.”

Some courageous and curious scientists would not be deterred, though. One in particular, the charismatic Dmitri Belyaev, devised the means by which he could carry on domestication studies in Siberia — far away from Moscow’s prying eyes. As Dugatkin shared in a recent phone conversation with LEO, “It’s quite remarkable. A lot of this happening during the Cold War … there was very good science going on — but not a lot of money. Nonetheless, every time they thought that something interesting might be going on hormonally, or in the nervous system, or in the shape of different body parts, they found the money and the resources to experimentally look at that. Oftentimes, they had to scrape it together, but they always found a way.”

The innovative study yielded surprising findings. Through selection and caretaking, within a few years, the farm had foxes with curly tails ready to wag. Sharp snouts of the animals in the wild were often rounder in pups of succeeding generations. And as biological research around the world disclosed more about how levels of various hormones affect behaviors like timidity and aggression, the team at Siberia discovered that their animals were expressing biochemical signs indicating domestication. And on a more personal level, foxes were becoming darling, affectionate companion animals. And as respected institutions like Scientific American come calling to see what’s new, Dugatkin reports that Belyaev’s successor is “finding new things that pop up in the domesticated foxes. Over the last 10 to 15 years, they’ve found a new set of vocalizations that sound like humans laughing.”

Unique results in the pursuit of knowledge — after the project was begun when, as Dugatkin said, “people believed what they wanted to believe, and were quick to accept ideas that fit in with their political and ideological perspective.” Does the experiences shared in his book provide an example for a time when American crowds feel the need to March for Science? “We try to tell it in a narrative form so that the reader can understand the science, and the politics, and draw their own conclusions about how dangerous the situation was then, and how dangerous it is now.”