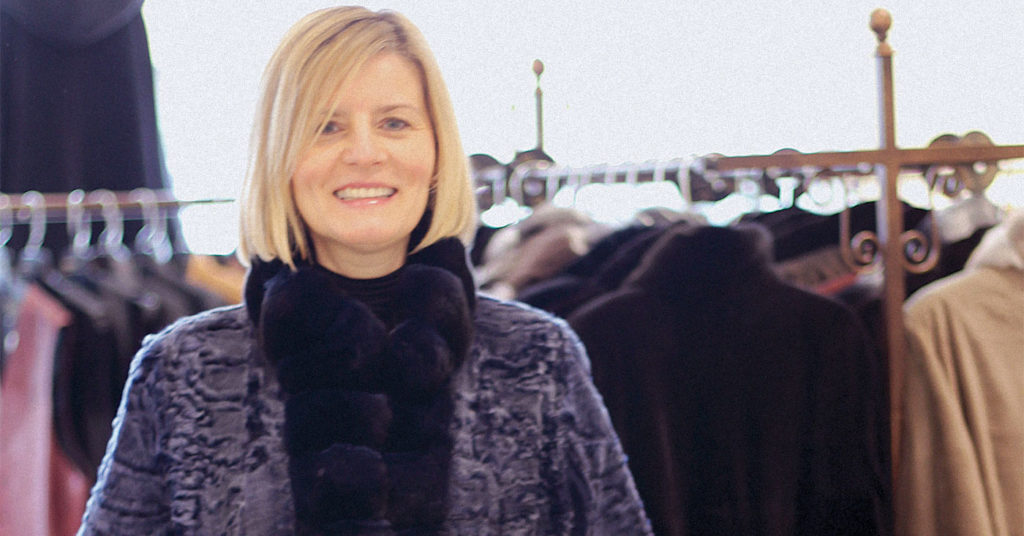 It’s spring again in Louisville, when you don’t know if you’re going to step out of your door and experience a sunshine-warmed morning, or the chill of 15-degree weather. On the first day of real winter in Louisville, we don’t leave our houses — it’s too shockingly cold to go outside. But gradually, like timid kittens scared of a puddle, people slowly peel themselves away from the comforts of central heating and venture out into the world to the nearest hipster coffee shop like my personal fave, Please and Thank You. My favorite part of a cold day is seeing what people have decided to layer on, in order to fend off the chill. Is it a heavy peacoat, multiple scarves, a good hat, or fur? Leaving CVS the other day, early in the morning, I saw a gorgeous older woman getting out of her car running her errands in a full length mink coat.

So why am I writing about fur now?

In these next few weeks of April, until a bit after Derby (if it’s cold some people keep their furs around to wear to Derby), people start delivering their special fur pieces for storage in temperature controlled vaults, so they have peace of mind that the heat and bugs of summer won’t damage their prized furs.

To deepen my knowledge about fur, I did some casual searching and discovered (much to my chagrin that I didn’t know this before) that there is a premier, almost 100-year-old furrier right here in Louisville. Now, this is very unusual to have a specialty fur shop in a city these days. When Yudovsky’s opened in 1924 downtown in the Heyburn Building at Broadway and Fourth Street, there were at least five or six other competitors. Now it is the only shop of its kind in the entire state, and it has relocated several times in the past 93 years to finally end up in the same shopping center as Trader Joe’s, which means I’ve been passing it every week for the past two years and didn’t even know!

There is nothing better than the warmth created by a fur coat. In case you didn’t know, fur keeps you warm by trapping air, and air doesn’t conduct heat well, so the air you warm up around your body stays close to you, trapped in the fur.

We all have to admit, fur looks great on just about anybody, and it doesn’t have to match or go with what you’re wearing at all, it’s totally its own thing. Grandma’s vintage mink, or a snappy, new faux-fur vest picked up at a department store — we’ve seen it all, and it all looks great.

Now wait a minute, did you think I was going to tactfully skirt around the controversy of fur? No way! Here’s my gut feeling about wearing fur: If you are vegan and morally opposed to killing animals in any way shape or form, I totally understand if you’re going to dump red paint on my fox collar fur coat, though I might make you pay for the dry cleaning. But, if you’re a meat eater, or own things like leather wallets, shoes or belts, I don’t see the need to get all up in arms about it. Endangered fur is one thing: It’s strictly regulated and illegal, even in the vintage-clothing world. As a vintage-clothing lover and dealer, every so often I would come across real leopard or cheetah, or monkey, and if you try and resell those pieces, they could be confiscated and you could be fined. Serious business, folks.

Walking into Yudofsky’s Fur & Leather (finally!) for the first time, I felt in awe. Clean, white marble floors, shining mirrors and racks of gorgeous fur coats, fur-trimmed capes, cashmere walking coats and modern styles of scarves, hats and gloves displayed neatly all around. Mary Wray, a well-versed saleswoman who has been working for the company for over 30 years, warmly greeted me, and I easily engaged her in conversation about the history of the business. She was one of four people retained when the business changed hands two years ago. The new team behind Yudofsky’s, owner Lior Yaron, and sisters and managers Sanela and Amra Alicusic, cozied up with me in their shop lounge to answer my questions. They saved Yudofsky’s when the descendent of the original Yudofsky family was ready to retire. Lior had been a neighbor of Joy Yudofsky for 30 years, but hadn’t considered taking over the business until he saw the passion and enthusiasm that Sanela and Amra brought to the business when they were hired on for the store’s going-out-of-business sale.

Having limited knowledge about fur coats, I dove right in, asking about where they get their pieces, what they think about the ethics of fur and where they see their business headed. Lior told me they have intentionally shifted the business over the past two years, looking for ways to target the younger market by introducing more leather to establish a wider range in price point, picking out modern cuts and styles at the trade shows they attend in Montreal and Chicago.

I asked them if they have ever run into negativity from people about fur. Mary told me that there was a dip in sales over a decade ago when PETA’s actions were widely publicized, but other than that, in 30 years they have never had a fur piece come in for cleaning because of red paint. “One red paint incident in the media that is blown out of proportion, and suddenly everyone is scared to wear their furs. This is Kentucky — people hunt and fish. You have nothing to worry about. Just wear it,” said Mary matter-of-factly.

Sanela pointed me to a few sources that might answer my questions about fur farms. According to the Fur Commission USA, more than 85 percent of pelts used in the world’s fur trade come from small, family-run farms, and “today’s farm-raised mink are among the world’s best cared for livestock.” Just like you might be concerned about how the chickens were raised that produce your eggs, or what kind of environment your New York strip steak really came from, of course there is similar concern and attention given to standards of living for animals at fur farms. “Fur is renewable, reusable and recyclable!” Mary said. One of their furriers, which is someone who knows how to repair and recut fur, is known for saying “If you care about Mother Nature, you would only wear fur.” Fur can be composted back into the earth, unlike synthetic fibers such as polyester, which will never decompose and make up a huge percentage of landfill. If you care for fur properly, it can be passed down from generation to generation.

In fact, caring for fur is a big part of Yudofsky’s business. It offers fur repairs on site, cleaning and conditioning, or “glazing,” as well as restyling and fur storage during summer.

Mary told me one of their customers, who has been coming to Yudofsky’s since the first set of owners, is 102 years old. Mary knows every customer by name, an attentiveness that is becoming forgotten; this is an important aspect of running a small “mom and pop” shop. As buying things online is becoming the norm, it was so refreshing to have a tactile and sensorial experience of going into a store that made me feel like a queen, and try on luxurious pieces that feel like heaven to touch.

So, I say, if you have an heirloom piece tucked away in a closet that you’re scared of wearing for fear of offending, air the thing out, and toss it on, especially if it’s under 30 degrees outside. The fact is, it’s gorgeous, enjoy its beauty and the appreciative smile others will give you when they see you step up your look. For those that are still unsure about wearing the real deal, I can tell you that the quality of faux fur has gone up in the past few years; you almost can’t tell the difference from the real thing.

I for one, stand and support clothing that is high quality, that will be a stand out piece in your wardrobe, and that you will love and keep the rest of your life. Mary told me she is just as in love with fur now as she was when she started 30 years ago, “it’s a pleasurable business.” I agree. •

Olivia Rose Griffin is the entrepreneur  and designer behind hat and apparel store The Mysterious Rack, at 558 S. Fourth St.