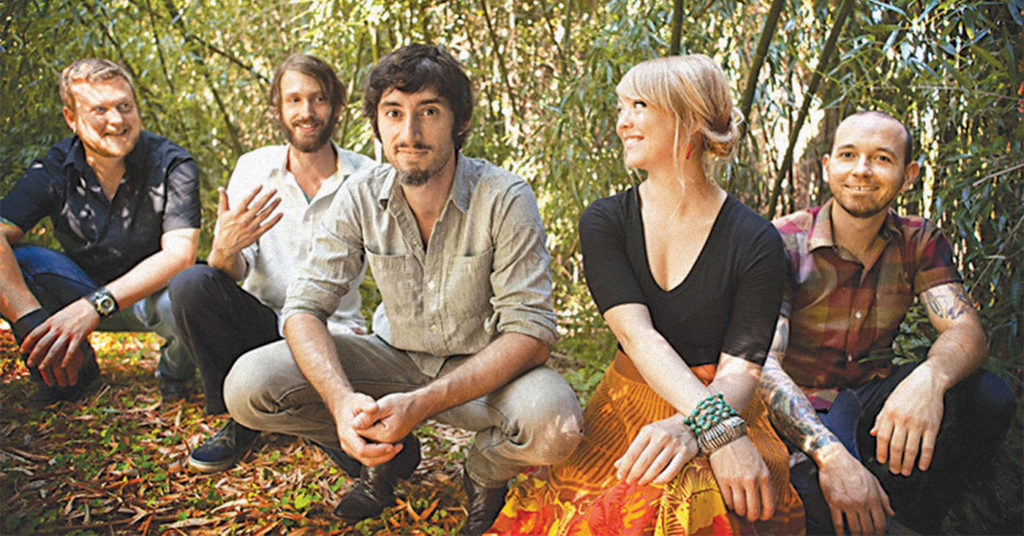 WFPK Waterfront Wednesday is back April 26 for its first installment of 2017. Here is a quick breakdown of all three of the bands playing the free event, which takes place on the Big Four Lawn.

Murder By Death [9 p.m.]
The venerable, five-piece rock band that sounds like the soundtrack to a Cormac McCarthy novel, originated in Bloomington, Indiana, but has since moved to Louisville. Their most recent album, Big Dark Love, moved them further into a big, layered sound that packs in more orchestral and ambient elements, once again slightly switching directions for the band. Singer Adam Turla once told me this about Murder By Death always exploring new territory: “I’m not really interested in stuff that grabs you the first time. I like stuff that takes a little digging — stuff that’s maybe a little confusing.”

Whitehorse [7:30 p.m.]
Sometime around the turn of the decade, veteran Canadian songwriters Melissa McClellan and Luke Doucet put their respective solo careers on hold to form Whitehorse, a bluesy, yet experimental indie band. From focusing in on minimalist sensibilities to using loop pedals to build something that exceeds the sum of the parts, Whitehorse can cover a lot of ground.

Maximon [6 p.m.]
With dream-pop that floats through a hazy maze of atmospheric sounds, Maximon has the ability to keep everything unpredictable and strange, but with a nice balance of calculated structure. Add in vocals that move from melancholy to soaring in an instant, jagged guitar leads and drums that hold it all together, Maximon has this The War On Drugs sort of knack for being able to be incredibly complex without losing control.