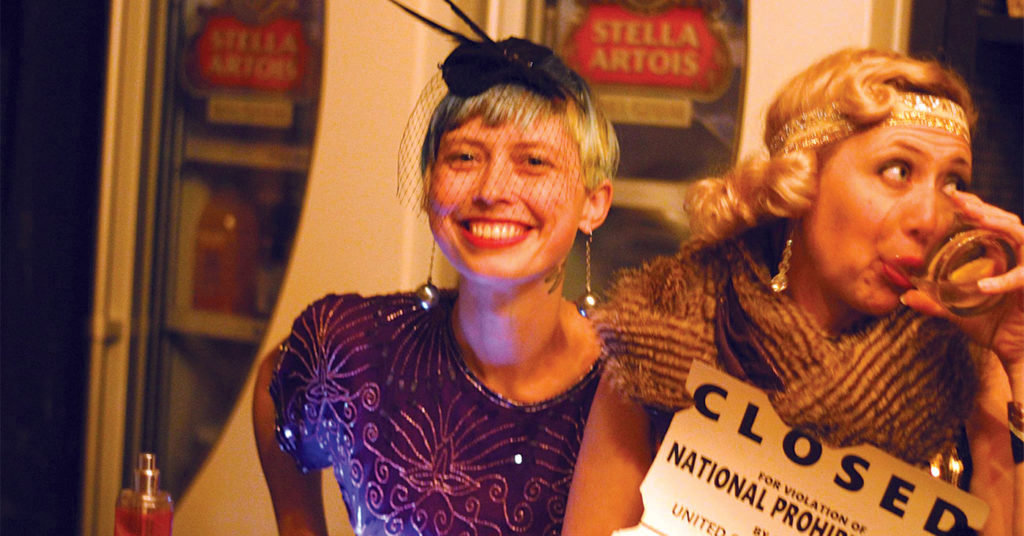 Monday is meh, so take a nap and save your energy for the rest of the week.

Night Train Lounge presents: Golden Girls Rock Louisville
Kaiju
$3-$5 suggested donation  |  6 p.m.-2 a.m.
Girls Rock Louisville, which empowers girls and gender-nonconforming youth to explore music creation, would like to invite you to celebrate friendship and the 30th anniversary of “The Golden Girls.” The TV show “challenged societal norms about gender, age, sexuality and redefined ideas of what family and friendship can mean,” something Girls Rock Louisville also aims to do. There will also be free cheesecake and Golden Girls-themed trivia, drink specials and a costume contest.

Prohibition Parlour: Mad Hatter Edition
Taj Louisville
Free  |  8 p.m.
Join a “rowdy crew”of Prohibition-era performers this Wednesday, as they take over Taj Louisville. There will be 1920s-era music by Rick Quisol and the Derby City Dandies, burlesque by Ethel Loveless, drinks by Olivia Rose and special entertainment by MissJanet Weeden and Dita Deville. This month’s theme is the Mad Hatter, and those dressed in themed attire will receive discounts on drink specials.

A Weekend of Love & Resistance (April 7-9)
Fresh Start Growers Supply
$5-$10 suggested donation  |  6 p.m.
Join over 35 local musicians as they play their hearts out in the name of love and resistance. This music festival is for those who “believe in the power of the arts to speak truth to power as well as create bridges across differences, heal wounds and inspire positive, community action.” Music begins at 6 p.m. and proceeds are donated to ACLU of Kentucky, Planned Parenthood of Indiana and Kentucky and several other local, social-justice groups.

Suicyde Squads: Clowntown
Purrswaytions
$5  |  11 p.m.-2 a.m.
Watch as the Suicyde Squad takes you on “a fun filled adventure through the tears of a clown” with a mix of burlesque, drag, balloons and a general atmosphere of insanity. Performers include Felicia D. Knight, Stevie Dicks, Sofawnda Cummin Peters, Stephanie Dicks, Aunti Chris and Mary Fagdalane.

Comedy Battle Royale — Comedy Tournament
Monnik Beer Co.
Free  |  9-11:30 p.m.
Monnik Beer Co. is bringing a new comedy concept to Louisville, a head-to-head, bracket-style comedy tournament with 16 comedy veterans and newcomers. And who better to choose the winners, losers and topics than you, the audience! Did I mention that Monnik Beer Co. also has some great beer? (Shocking, I know.)

Art in NuLu: A March First Friday Roundup
NuLu
Free  |  6-9 p.m.
There is a lot going on at this week’s Republic Bank First Friday Hop. Here is a quick breakdown of what to expect from “NuLu’s sizable, walkable cluster of art galleries.”

Garner Narrative: “Fear No Paint II” by Caleb Weintraub has large-format paintings, digital works and hybrids. Weintraub says, “It may be a spectacle of corruption or it may be a utopian vision … My work is not quite a warning. And not quite a celebration. It is a wondering.”

Paul Paletti Gallery: “Recent Acquisitions and Other Treasures” is a special look at gallery owner Paul Paletti’s personal collection of famous photos by photographers of note.

PYRO Gallery: “Inward Landscapes” by Shawn Marshall is a collection of new paintings by Marshall, with sculptures by guest artist Jeanne Dueber. Marshall donates 10 percent of sales to the Family Scholar House.

St. John United Church of Christ: This venue won’t be showcasing any art, but will host artists and craftspeople and open its doors for everyone to see this beautiful sanctuary.

Swanson Contemporary: “Americans” by Ross Gordon has large format photographs of Muslims living in the United States today. Ross says “These portraits are intended to bridge gaps of cultural and religious misunderstandings.”

Zephyr Gallery: “Project 17: Ritual Geography” is curated by Eileen Yanoviak and features the work of Mary Carothers, Sarah McCart-Jackson, Adrienne Miller, and Joyce Ogden. The focus is on four female artists at a time when once again many rights for women are under threat. This exhibit is meant as a corrective measure, where “as artists, these women own their environments.”