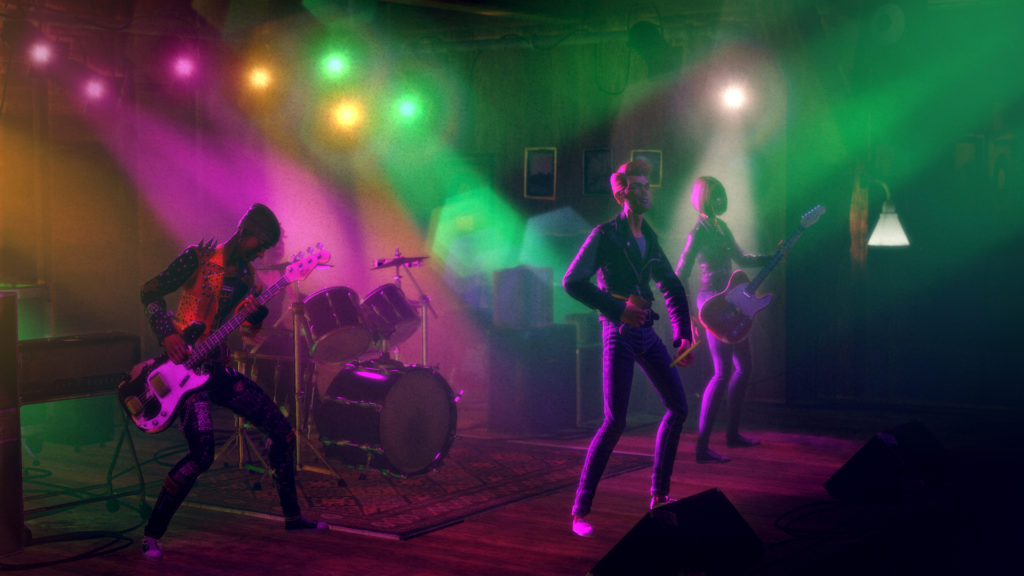 GameKnights
Kaiju
Free  |  7-11 p.m.
Ever wonder if, like Jackie Chan in “Drunken Master,” you are actually better at games when drinking? Well you can test that theory at GameKnights, a night of beer, bourbon and board games. This weekly event, hosted by Squire, of Book & Music Exchange (Highlands), provides a choice selection of board games for you to play with friends, but feel free to bring your own.

Bernie Sanders and Tom Perez
Louisville Palace
Free (RSVP encouraged)  |  7 p.m.
Bernie “The Birdman” Sanders is coming to Louisville to talk about his brand of democratic socialism and his ongoing “fight for working families.” Sanders will be joined by fellow Democrat and former U.S. Secretary of Labor Tom Perez, so expect a level of political discourse you may have forgotten existed in this endless bowel movement that is Trump’s presidency. The event is free and open to the public, but RSVPs are strongly encouraged since admission is first come, first served.

Beer & Jazz with Swing ’39
Goodwood Brewing Co.
Free  |  7-10 p.m.
Break up the work week with this night of gypsy jazz by Swing ‘39, a quartet whose mission is to “resurrect the sound of guitarist D’jango Reinhardt and violinist Stephane Grapelli in their years together in Paris just before World War II.” Following the band’s performance, there will be an open jazz jam, with an invitation to any “talented students and graduates from Louisville’s two fine collegiate jazz programs.”

Kaiju Yoga — Detox Then Retox
Kaiju
$5  |  5:30 p.m.
Instructor Joan Steiner will guide you through a “vigorous and mindful flow,” while “dabbling in the mythology behind the postures, chakras, funky transitions and physical awareness.” All levels are welcome, and don’t forget to bring your mat.

It’s 420!
Everywhere there’s a funny smoke-smell
Prices vary depending on dealer  |  4:20 p.m.
Why is 420 the designated time and date for pot lovers everywhere to blow down? According to Snopes.com, it doesn’t have anything to do with marijuana-related penal codes, special dates in weed history or to mark the deaths of famous potheads. It’s simply slang passed on from a high school in California to members of the Grateful Dead, who then passed it on to writers at High Times magazine. But at the end of the day, who gives a shit? We’re all gonna celebrate anyways!

32nd Annual Crawfish Boil: Something Fishy
UofL Red Barn
$5  |  5-8 p.m.
Get your grub on at the 32nd Annual Crawfish Boil, where it’s only $5 for an all you can eat buffet that includes crawfish, sausage and corn on the cob. Proceeds benefit UofL’s Student Activities Board so that it can continue to provide “social, multicultural, recreational and educational activities for the University’s students.”

Lupinacht III
The Cure Lounge
$3  |  9 p.m.
At the spring edition of Lupinacht, no dark genre (goth, industrial, metal, etc.) is off limits. This night of dark art includes live music by DJ Spinbot, Thulsa Goon and Talamasca; art by Ryan Case and Sink or Swim Gallery; and handmade jewelry by House of Medal.

GRL Presents: Guitar SHEro — A Rock Band Guitar Competition
Seidenfaden’s Cafe
$5  |  8-11 p.m.
Think you have what it takes to be a Guitar SHEro? Join Girls Rock Louisville at this “Rock Band” competition where your video-game guitar skills will be pushed to the limit. Participants can choose one warm-up song on easy setting, and then must choose from a pre-selected batch of songs on hard setting. Prizes will be awarded to those with the highest scores, and proceeds go to Girls Rock Louisville so it can continue to “empower girls and gender nonconforming youth through music education.” Oh, and it is open to all genders.

King Kong of Ping Pong! (Round 9!)
Hideaway Saloon
Free  |  9 p.m.
Join Hideaway Saloon for round nine of its King Kong of Ping Pong tournament. Multiple prizes will be awarded, including shirts and over $100 in gift cards. Paddles are provided, but feel free to bring your own, and show up before 9 p.m. if you want to get some practice in. Even if you don’t play, you still get to witness the drama of an intense ping pong tournament.