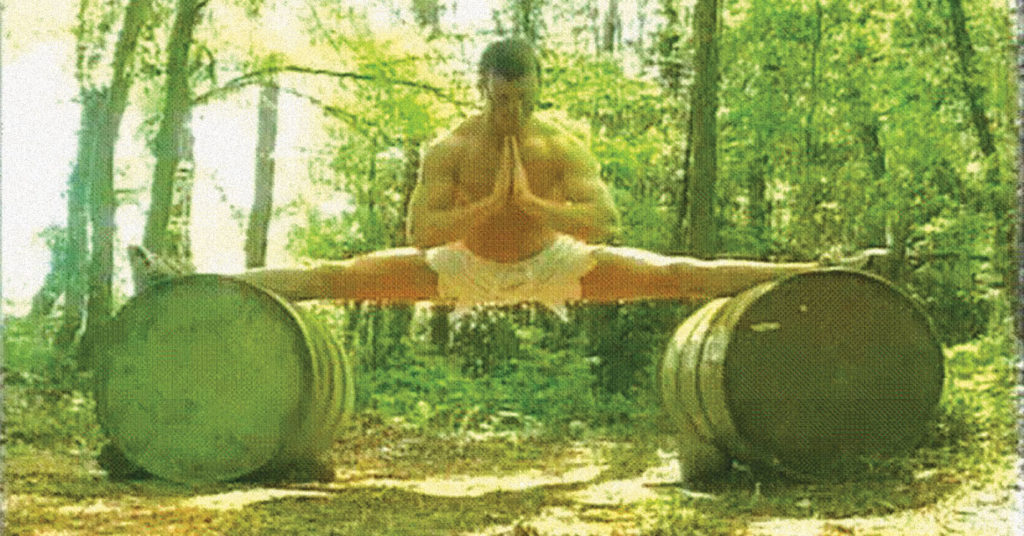 A still from the film 'Fatal Deviation'

Wealth of Knowledge Man
Kaiju
Free  |  9-11 p.m.
At the “Wealth of Knowledge Man: A Comedy Trivia Show,” three contestants compete in three rounds of useless trivia to win prizes for audience members. The show is hosted by Hunter Roberts, a “clearly drunken comedian filled with so much useless knowledge that he’s no longer allowed to play local trivia.” —Staff

Black Box Film Cult presents ‘Fatal Deviation’
Seidenfaden’s Cafe
Free  |  9-10:30 p.m.
Black Box Film Cult finds the “weirdest, most bizarre, awe-inspiring and hilarious movies” to screen for your viewing pleasure at Seidenfaden’s Cafe. And this week’s film, “dredged up from the depths of the underground,” certainly meets those criteria. “Fatal Deviation,” is the best Irish martial-arts movie ever made… because it’s the only Irish martial-arts movie ever made. And once you’ve seen it (through tears of laughter), you’ll understand why. —Ethan Smith

Fairness Volunteer Night
Fairness Campaign, 2263 Frankfort Ave.
Free  |  5-8 p.m.
The Fairness Campaign, a group dedicated to achieving “comprehensive civil rights legislation prohibiting discrimination on the basis of sexual orientation and gender identity,” needs your help. Join it for Volunteer Night to help the Campaign process supporters’ messages to their legislators. Bring a laptop if you can, but if not, that’s OK, too. And for your efforts, you will be rewarded with free pizza! —Staff

Wax Fang Victory Laps Album Listening Party
Against The Grain Brewery
Free  |  7-10 p.m.
Be the first to hear Victory Laps, Wax Fang’s forthcoming record, which is set to be released Friday, May 5. Besides getting to listen to the album a few weeks early, they’ll give away limited editions of the Victory Laps vinyl, as well as raffle off four Crosley C100 turntables. Plus, Against The Grain is brewing a Victory Laps Session IPA, which will be available. —Scott Recker

Sanctuary for All – Metro Council Meeting
Louisville City Hall
Free  |  6-7 p.m.
If you want Louisville declared a sanctuary city, you can help by joining Louisville Showing Up for Racial Justice and several other activist organizations at Thursday’s Metro Council. During the public comment period, residents will explain why they believe declaring Louisville a sanctuary city would help protect “immigrant families, refugees, black communities, LGBTQ youth, the disabled, and low income and working people.” And the more people in attendance, the louder the message. —Staff

Give A Day – Mayor’s Week of Service
April 15–23  |  Free
Every year, Mayor Greg Fischer asks Louisvillians to show the world their capacity for compassion with the “Give A Day” week of service. As Mr. Mayor himself put it, “Whether you give an hour, a day, donate blood, give food, clothing or simply help a neighbor, everyone can do something.” So volunteer for one of the larger projects on the Give A Day website, or take it upon yourself to do something small for a neighbor. Either way, the act of kindness will not go unnoticed. —Staff