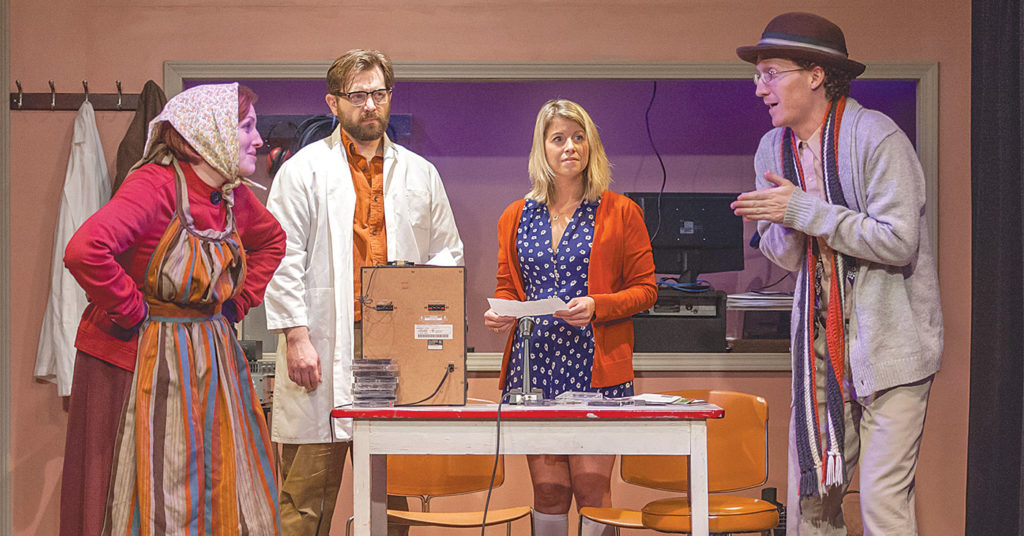 Many years ago, I heard W.S. Merwin read his poem “Losing a Language” at a UofL conference. Earlier in his career, Merwin had spent some time translating Native-American poems into English. And, in the course of that project, he had become aware of how much Native-American oral literary tradition (and other global oral traditions) had disappeared forever from human memory.

In introducing the poem, he compared the loss of any language to the burning of the Library of Alexandria. The poem is a quietly-personal lament. Here are a few lines:

many of the things the words were about no longer exist

Not long ago, a team of scholars at National Geographic predicted that by the end of this century, more than half of the 7,000 languages that are still being spoken will have disappeared — without having been documented or recorded. The topic of disappearing languages isn’t exactly at the forefront of U.S. culture, but the urgency of the looming crisis is attracting the interests of academics and artists (witness one of the nominees for this year’s Best Foreign Film Oscar, the exquisite “Embrace of the Serpent,” in which the central character is the last surviving member of his culture, and the last speaker of his language).

Julia Cho’s play “The Language Archive,” which opened last week in an excellent Theatre [502] production directed by Gil Reyes, takes up this cause, melds it with a domestic drama and adds in a hefty dose of broad comedy to create a play that’s both thought-provoking and plain fun to watch.

George (Jon Patrick O’Brien) is the director of a language archive dedicated to recording disappearing languages. He’s a person who can mourn the loss of a language, but as we learn from his wife Mary (Kate Bringardner), he’s a person unmoved by closer, more personal losses — the death of a family pet, the loss of an aging relative.

The emotional divide between George and Mary is so great that she’s taken to leaving cryptic anonymous notes for George in an effort to kindle a connection. For Mary, George’s behavior is an emotional disorder. For George, Mary’s behavior seems a kind of madness — and it’s a credit to the script and the performances that both make persuasive cases.

As the marriage falls apart, George resorts to the archive, where he and his youthful, bright-eyed assistant Emma (Sarah East) are trying to record a conversation between Alta (Dara Tiller) and Resten (Neill Robertson), the last two speakers of the Ellowan language.

Alta and Resten arrive at the lab looking like ancient, stooped peasants from some sort of weird, imaginary mountain village. From the beginning, they’re at one another’s throats (partly because Cho, an award-winning playwright who has also written a number of scripts for TV series including “Big Love” and “Fringe,” gives Alta and Resten oodles of great comic dialogue — all couched in weirdly-accented English).

It turns out that among the Ellowans, “English is the language of anger.” The Ellowan language, says Restan, “is too sacred for these kinds of angry thoughts.” Ellowan is a language of love and nurturing, a language of inspiration and beauty.

But after an increasingly testy exchange between Alta and Resten culminates in a dreaded “ghost curse,” it seems that, despite George’s exhortations, Ellowan may yet disappear unrecorded.

As the Ellowan drama proceeds, a tangle of romantic complications ensues with Tiller and Robertson appearing in multiple additional roles. Emma, who is studying Esperanto with a finely-wrought comic instructor played by Tiller, reveals her unrequited love for George. Meanwhile, through a coincidental encounter with a fellow (Robertson) in the midst of his own personal crisis, discovers a new and enchanting life’s mission.

As tangle follows tangle, the play leaps back and forth between moments of “Saturday Night Live”-style sketch comedy, tender affections and provocative reflections on the nature of language — both in the context of community and deeply personal relationships.

The challenge posed by Cho’s script is to personalize a complex issue — and to build a bridge between George’s emotionally-detached professionalism and the emotionally charged core of his grief for the disappearing languages he studies.