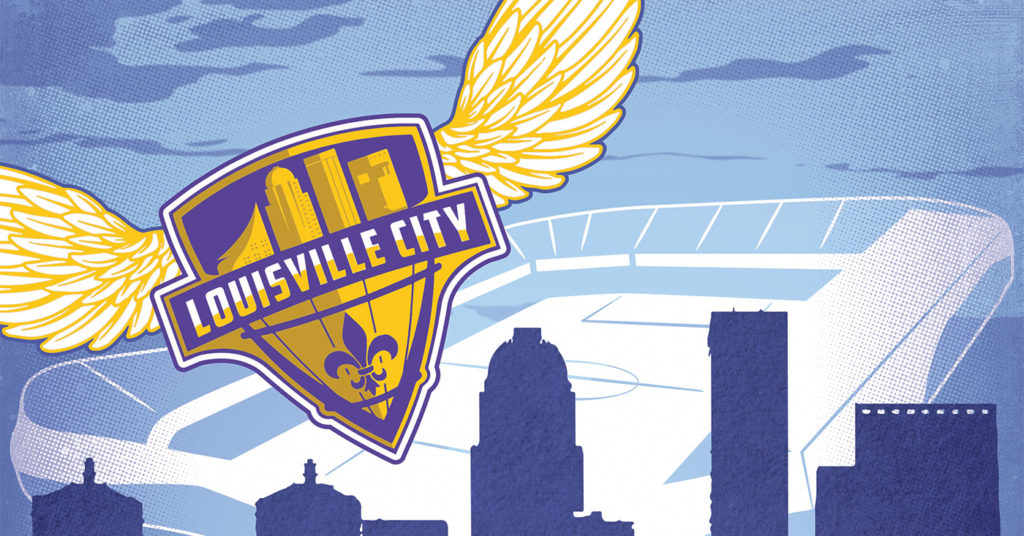 The following article from the March 1 issue. To read a related story about Louisville City FC’s mission to secure a soccer-specific stadium and what that means for the city and the taxpayers, click here.

Louisville is hardly alone in angling for a new soccer stadium for a professional team. Remember that U.S. soccer boom that everyone has been predicting for — well, probably longer than you’ve been alive?

It finally may be here, and several cities are spending money on facilities, or wishing they could.

Louisville City plays in the United Soccer League (USL), which is a notch below the U.S.’s top professional soccer organization, Division 1 Major League Soccer (MLS). LouCity considered an MLS bid in January but decided to wait, hoping to have a stadium in place. Or maybe not bid at all.

“I think you can have a successful soccer franchise in the United States and not be in MLS,” said Jonathan Lintner, LouCity’s director of media relations. “You can do a lot of cool things right now with where we are.”

The USL is up to 29 teams and was granted Division 2 status by the United States Soccer Federation. It’s now on par with the rival North American Soccer League (NASL), which has eight teams.

Yet other cities are looking to join MLS.

Cincinnati, Nashville, Indianapolis and St. Louis all are among the 12 cities that submitted bids in January for the two MLS expansion slots to be announced. The league wants to add another two teams after 2020.

But the MLS expansion fee is $150 million — more than double the $70 million Orlando City FC paid when it joined in 2015 and Louisville City was born.

Here are a few other cities considering stadiums:

—FC Cincinnati led the USL in attendance with an average of 17,296 fans per game in its first year in the league. A $2 million project is under way to make Nippert Stadium, the University of Cincinnati’s football stadium, meet standards for FIFA.

FC Cincinnati is using the strength of its one pro season to convince MLS that it’s ready to move up. It’s also willing to consider a soccer-specific stadium, if required by MLS.

—St. Louis aldermen approved a $200 million soccer-stadium plan that will be up for public vote on April 4.

—In Indianapolis, the Indy Eleven play their NASL matches at IUPUI’s Carroll stadium. A bid to build a soccer stadium fizzled in 2015. But there is a StadiumForIndiana group that continues to lobby for a new stadium in downtown Indianapolis to make the Indy Eleven a viable MLS candidate.

—Nashville isn’t set to start play in the USL until 2018 but submitted a bid for an MLS expansion team as well.

Sean Braisted, press secretary for Barry, said the city is looking at it as a chance to upgrade the fairgrounds facilities, tap into a rapidly growing sport and connect with many residents in the area who are new refugees or have backgrounds from Latin America.

“It’s sort of an older area,” Braisted said. “The mayor also talked about upgrading the racetrack and other facilities, plus adding recreational soccer fields. It’s part of an overall vision for economic development.”