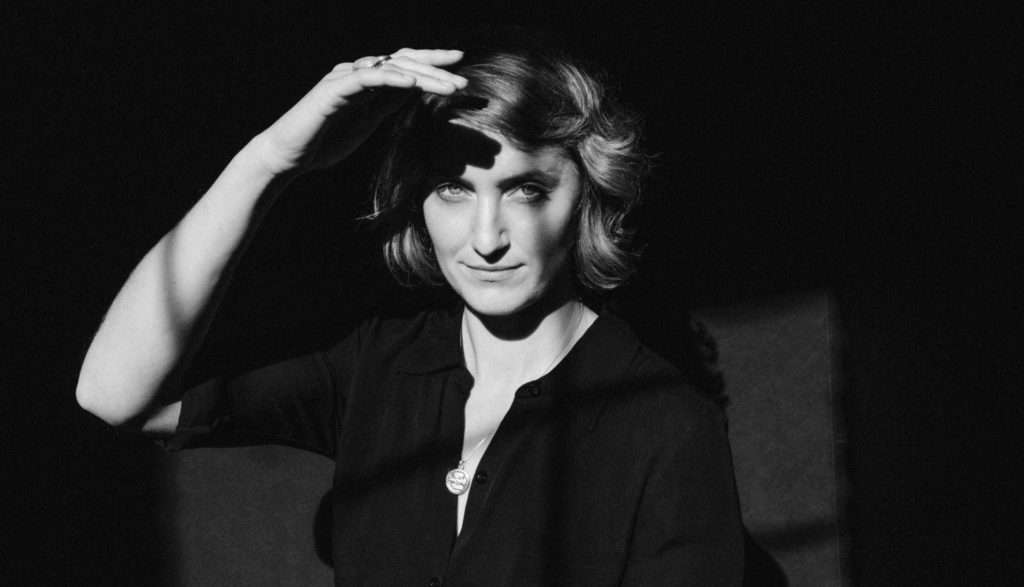 Wax Fang — “Pusher”
Wax Fang returned in March with “Pusher,” the next entry in their continuous psych-pop opera, a spaced-out journey into sound. Opening with a crushing dance-tinged groove, “Pusher” explodes into pop glory and is hook heavy, unashamedly so, led by singer Scott Carney’s distinctive voice. Space is employed in a variety of ways, from a lyrical tidbit to a dynamic signifier that change is imminent. At a few points in the track, the main rhythm gives way to a stripped-down, almost-808, dance-floor beat — always the preface to a big action piece. It’s through that lens that this track plays out like a tiny movie.

Cat Casual and The Holy Midnight — “Come Back”
There is a quiet saunter to the music of Cat Casual and the Holy Midnight, a creepy, neon-lit shuffle. Singer-songwriter William Benton has a cool croon that puts him in company with Leonard Cohen and Nick Cave, although with a bit higher register. His guitar work is restrained, allowing the bass and drums to carry the melody work, with the keys serving here as an almost-lead instrument — when they aren’t creating the atmosphere. This is short, but it packs a lot of punch, ending right as the groove hooks into your ear, and refuses to let go without repeat listens.

I Have A Knife — “Pumpkinhead”
It’s a shame that IHAK had to call it a day before this song was officially released, but, boy, did they go out on a high note. This is Southern-fried punk rock that feels familiar and fresh at the same time, packed with caterwauling and sweet shreds. The riffs are bouncy and Rat is at his absolute craziest, hitting the high notes and going ape shit. That the track starts off with some in-studio banter says a lot about the attitudes of the members of the band, a kind of fuck-it-let’s-go mentality that comes across easily in the music. You put this on to weird-out squares, a call to arms to freak out — all done with a little style and absolutely no grace … warts and all.

Joan Shelley — “Wild Indifference”
The perfect accompaniment to a rainy day, “Wild Indifference” has the kind of dreaminess that only Joan Shelley can deliver — mild and gentle, but no less bold. The music is lush and warm, the kind of welcome that greets you and embraces you, wrapping you up entirely with its myriad of charming aspects. This is such a lovely track, easy to listen to despite a density of layers. Shelley is adept at writing a song that can function entirely devoid of accompaniment, but thrives even more so with it. There is an austere gracefulness to the music that balances the constituent sonic elements with Shelley’s remarkable voice, a beautiful tenor. The precursor to her impending self-titled full-length, “Wild Indifference” is an ideal introduction to an artist poised for even more greatness.

Fluorescent Fiction — “Earth”
Rarely you hear a debut release that features the structural playfulness of Fluorescent Fiction, a project by the young and multi-talented Liam Helton. An entirely solo affair, “Earth” has a dense soundscape, rich with ideas and solid hooks. Every instrument takes up its space, never intruding on another. An instrumental track, the guitar is far and away the most expressive instrument showcased, transcending style with lead work that is slick, but never overtly flashy. This is math rock at its best — raw and unflinchingly exploratory — and a testament to bands like Don Caballero, American Football or Marnie Stern.

Sasha Renee — “I Am Sasha Renee”
Sasha Renee comes out swinging with a track that’s equal parts chill, cool and ready to get the fuck down. This song carries confidence in not only the lyrics, but in the vocal delivery, which is as self-assured as the narrative requires. The chorus is hook heavy and smooth, with a Missy Elliott, Da Brat or Lil’ Kim vibe filtered through a kind of New Jack Swing thing — fresh but definitely familiar.