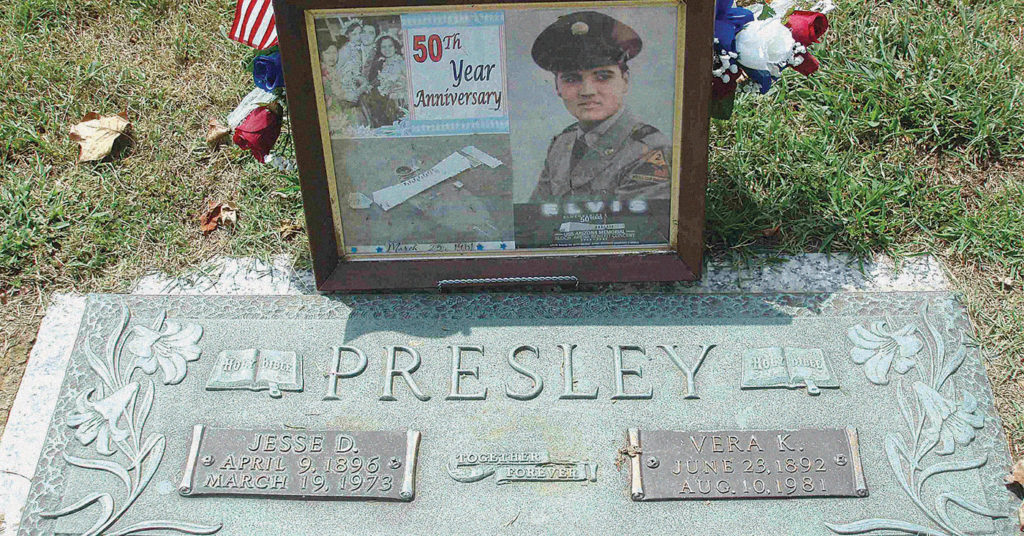 You may know longtime LEO Weekly writer Kevin Gibson for his columns “The Taste Bud” and “I’d Tap That… Beer,” which have kept all y’all in good food and drink for years. He also is a prolific author, most recently flexing his geographic muscle with a new book, “Secret Louisville: A Guide to the Weird, Wonderful, and Obscure.” Said Gibson: “I have a fascination for history, especially as it pertains to Louisville, and I also have an appreciation for the lost, forgotten and bizarre. I think all those things cross paths in this book, which is why it was a lot of fun to write.” Meet Kevin, buy his book and give him tips on what to eat and drink when he appears at Carmichael’s Bookstore at 2720 Frankfort Ave., for a reading and talk. The event is at 7 p.m. on Thursday, March 23. To help you prepare, here are a few excerpts:

The Crashed Airplane On The Hill

Why didn’t anyone clean up the wreckage of a plane that flew into the side of a hill?

Back in the 1980s, a lone pilot in a single engine aircraft flying over Louisville found himself unable to make it back to Standiford Field airport (now known as Louisville International Airport) due to engine trouble. The red and white plane went down, crashing into a hillside near Distillery Commons, a former distilling operation turned commerce center. Miraculously, the pilot was uninjured, and his plane was left behind as part of the landscaping.

Wait — that’s just the legendary story that has been told or at least speculated upon since the late 1980s, yet not everyone these days knows the real story. The plane was actually placed there by the owner of a bar named Cliffhangers that was located above Distillery Commons. It was a prop, something to draw attention, and originally there was even a parachute with a mannequin hanging from the wreckage. But after the bar closed, the plane stayed.

And stayed, and stayed. Nearly 30 years later, tattered and covered in graffiti, the plane still pokes from the trees that have grown up around it. In another 20 years, it will likely be completely overtaken.

But in the meantime, people continue to ask the question of how the plane got there. The legend lives on as a result.

CRASHED AIRPLANE
1386 Lexington Road
Free
Pro tip: If you look closely, you can see the supports that keep the small plane suspended along the hillside.

A Wayward Dinosaur Is Still Kicking

Why is there a gigantic Triceratops in that parking lot?

Talk about having been all over the place — and winding up in a most unlikely place — there’s a statue of a triceratops in Louisville that went from being on display at the 1964-65 New York World’s Fair, to being in a zoo, then a museum, then to being relegated to storage in an industrial lot, far from the eyes of most anyone around.

The 30-foot-long, blue-gray statue was part of the Sinclair Dinoland exhibit in New York 50-plus years ago, an attraction in which children could not only gaze on models of triceratops, brontosaurus, tyrannosaurus rex and others, but also could have plastic statues of the dinosaurs molded and made while they watched.

Sometime during the 1970s, the triceratops model came to Louisville, spent some time at the Louisville Zoo, and then became part of the Louisville Museum of Natural History and Science. When the museum shifted its focus and became known as the Kentucky Science Center, the statue was relegated to storage at the out-of-the-way Great Northern Building Products, located off West Broadway.

So many kids grew up seeing the triceratops around town that it’s rather a shame to see it languishing in that lot. But if you have a few minutes, it’s not too difficult to find, and it might make your favorite youngster’s day to know that, yes, there are dinosaurs in Louisville.

Pro tip: The statue is on the right side of the building (as you face it), and is a bit tough to see from outside the fence, but during regular business hours, the main gate should be open.

ELVIS’ GRANDFATHER LIVED IN LOUISVILLE and is buried here

Does that mean Elvis used to come here to visit?

Everyone knows about Elvis Presley, revered worldwide as the “King of Rock ‘n’ Roll,” and many remember that Elvis played at the Armory in Louisville in 1956, but did you know that the King’s grandfather lived here? He died in 1973 and is interred in Louisville Memorial Gardens.

Born in Memphis in 1896, Jesse D. Presley apparently was regarded as the “bad apple” of the family, and had a reputation for being “mean as hell.” Some reports state that Elvis had very little contact with his paternal grandfather, while other legends tell that the performer would, at least in his early career, visit his grandfather here in secret.

What we do know is that Jesse Presley was also a performer of sorts, appearing on the TV show “I’ve Got a Secret” in the late 1950s. He also recorded a record of his own, which included the tunes, “Who’s That Kickin’ My Dog Around/The Billy Goat Song” and “Swingin’ in the Orchard.” (It’s true; you can even look them up on YouTube and give them a listen.)