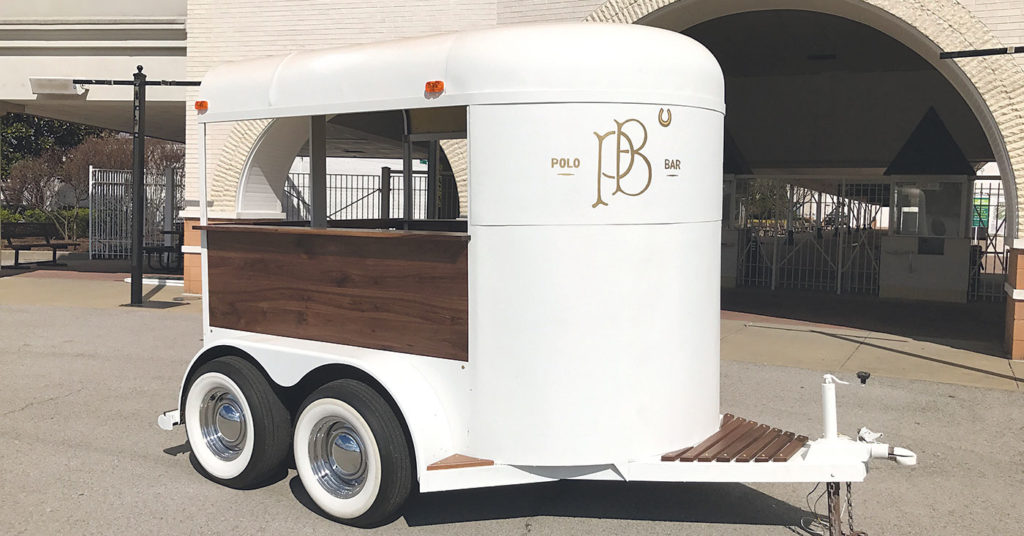 You wouldn’t be wrong if you thought Rockerbuilt is a band. But not right either. It’s an easy mistake to make.

Rockerbuilt Studio is a new, five-person design company composed of people who are also musicians. Their day jobs consist of working creatively in their production workshop. You ask, they make.

What makes Rockerbuilt a bit different, perhaps, is its headquarters has a band rehearsal space. After all, it’s in their name.

“We’re not ever going to be perceived as white pants and black turtlenecks, because when we show up, we’re all sleeve tattoos,” said Brad White, 42, a sculptor who’s also Rockerbuilt’s resident visionary.

“We like building stuff,” said Luke Powers, 30, another partner. “We work organically, maybe initially from a napkin sketch. We jam on it, flesh it out, we turn up the music really loud.”

The other partners are Andy Cook, Sam Lyons and Bob Scott. Each bring a specialty to the studio. Cook, 41, is a welder, as well as an artist and co-owner of Cook Studio & Gallery. Scott, 37, is their carpenter. The company’s CFO is Lyons, 35 (“My job is keeping these guys together. I’m not as hands on.”)

Together as a company less than two months, they work in a 7,000-square-feet warehouse in Portland that lived a former life as a train depot. The huge, hollow structure has room for metal fabrication, a wood shop and the necessary space to assemble any size projects. “The energy’s here,” Scott said. “I drive through downtown, and I’m ready to roll, to be part of the city I love.”

They work well as a team and genuinely like each other. “We spend a lot of time together,” said Lyons. “We philosophize.” White adds, laughing, “To solve all the world’s problems and then make tables. We have a lot of fun. [We ask ourselves,] ‘What would AC/DC do? What would Lynyrd Skynyrd do?’”

Most of the group used to work for Core Design, owned by Jeremy Semones. Although the split was not amicable, White said, “We aren’t speaking negative of his company.” Semones echoes that statement, adding, “I wish them all the luck in the world.”

Rockerbuilt recently converted an old horse trailer into a mobile bourbon bar, using about $10,000 worth of walnut inside. Called the Polo Bar, it’s scheduled to appear at 10 events later this year.

Apparently, it was a labor of love and exactly what they want to do more of in the future. “We want to get to build the cool stuff,” Cook said. Scott added, “We like to see ourselves building what’s cool. You get the idea; we’ll help you make it.”

All the Rockerbuilt partners are in bands, hence their company name. With “rock hard” tattooed on his hands, Powers is in PsychoHawk with Cook. White and Scott are in Hot Wires together. Lyons has the radio show “Night Visions” on WFPK 91.9.

This is just a fraction of the bands they’re in.