I am strong. I am invincible. But, according to recent research and statistics, it’s very unlikely I will run for office, make spontaneous investments or compete for the same job as my male counterpart, the requirements for which I am equally (if not more) qualified. To be sure, women are as likely as men to win an election if they run, The New York Times wrote in its editorial “Too few women in the political pipeline.” But they won’t.

Similarly, women are equally capable of making sound, profitable investment decisions, but instead they typically hold onto investments longer and are more risk averse. Despite statistics that reveal women will probably outlive their male partners, and act as caregivers for more than one generation of their families at a time, they believe they are less well-equipped to make financial decisions.

Women often hold three jobs, the BBC World News reported in March: a paid job, for which they earn income, an unpaid job, such as nonprofit work or work with a child’s school or advocacy and a third job, taking care of family members. And in none do they earn what male counterparts earn for the same work.

SheWorx cofounder Lisa Wang tweeted her article “The United States of Sexism: A Reality Check” on International Women’s Day, which included stats on women’s economic and leadership gains, which seemed to have stalled. “How is it that, in 2017, women are paid on average only 80 percent of what men are banking?” she asked. “And doesn’t it seem problematic that only 4 percent of CEOs in the United States … are women?”

Corroborating her disappointment is The Times pipeline piece, which said: “The percentage of women legislators is stuck at 24.8 — not much more than it has been this decade.” A terrible plateau on its own, but made worse by the unrealized bump that Hillary Clinton’s candidacy was supposed to give women in office. The sexism that Women and Politics Institute at American University cites as a factor underlying women’s reticence to run is an easy target. The largely male party officials who choose whether to encourage women to run may seem a factor less blatant than sexism, but it may be as blameworthy.

Why aren’t women running for office, or investing more wildly, or competing with men for jobs, you ask?

At least in my lifetime, if not longer, society brainwashed women through a deliberate, strategic, constant advertising barrage to starve ourselves and get plastic surgery to create a thigh gap and cleavage. We have mastered that competition until it kills some of us, or at least takes its best shot.

To save ourselves, it turns out, it’s the confidence gap we need to close.

How to end this “circular discouragement” of a competent and qualified woman’s belief she is less qualified and can’t win or get the corner office or the board position if a man wants it and the concomitant effect it has on others’ idea of her value and ability?

Hire internet troll hunters like Jigsaw’s Yasmin Green, a London School of Economics grad creating solutions to online harassment. Green said “Women represent less than half of the people on the internet and it’s always the women that get it worse.”

The Harvard Ph.D.s who authored “Actually, Women Do Like to Compete,” admonished women “to be aware of the female propensity to shy away from competition” and think about what prevents us from going for an office — political or corner — if a man wants it, too.

In her stand-up TV special that made her a star, comedian Amy Schumer talks about the difference between the time and effort men and women put forth to get ready for a date, and the audience roars with knowing laughter. (He showers and puts on a clean shirt. She books several appointments to prepare.) Lady-parts, Schumer tells the men in her audience, don’t just show up like that.

If we devote even one tenth of the time into confidence building and readying for competition as we spend making ourselves conform to the male gaze, we can close the confidence gap indefinitely. Then we have a better shot at closing the wage gap and the corporate board gap and the elected office gap and the paid leave to raise children gap.

To the victor go the spoils.

May the best woman win. 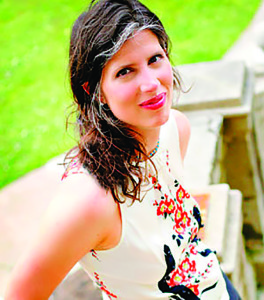