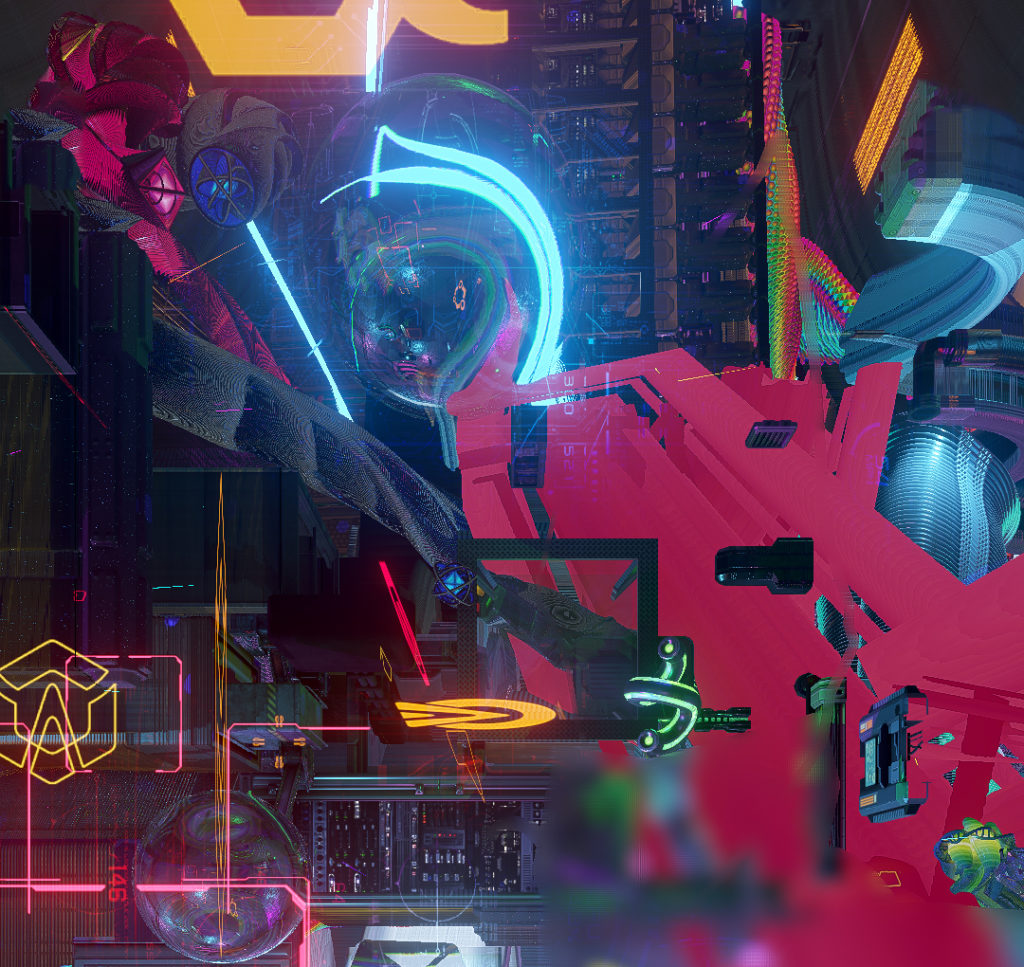 Thursday, March 30–April 1
Michael Mack
Laughing Derby  |  1250 Bardstown Road  |  laughingderby.com  |  $15  |  Times vary
Michael Mack stands at over 6 feet tall, with a shaved head, and he is often decked out in black. He resembles Rob Halford from Judas Priest, not what I conjure when asked to picture a stand-up comic with an affinity for music and puppets. (I see a comic wearing a beanie with propeller on top). As a comedian, he’s obsessed with what we consume in pop-culture, things such as sex dolls, The Beatles, and Halle Berry. As a puppeteer, he’s a little more “Avenue Q” than “The Muppets,” so be well-warned that his show isn’t exactly a family night out. He also uses lights and other forms of media, to create a special experience for unsuspecting audiences. —Brent Owen

Friday, March 31
Louisville Bats vs. Cincinnati Reds
Louisville Slugger Field  |  401 E. Main St.  |  batsbaseball.com  |  $43-$83  |  6:15-9:15 p.m.
It’s impossible to resist a good underdog story. And this weekend the minor league Louisville Bats players will take up the mantle of underdog as they face off against the major league Cincinnati Reds. Be there to cheer on our hometown team and hopefully they will pull off an impressive upset. —Staff

Friday, March 31
‘A Conversation with #BlackArtMatters Artists’
Carnegie Center for Art and History  |  201 E. Spring St., New Albany  |  carnegiecenter.org  |  Free  |  6:30-8 p.m.
“#BlackArtMatters” is the Carnegie Center’s current blockbuster exhibition (see the review in Feb. 1 LEO Weekly). It has invited three of the artists from the show to Louisville to participate in a panel discussion. Fahamu Pecou, Scheherazade Tillet and Stephen Flemister will be interviewed by WFPL’s “Strange Fruit” hosts Dr. Kaila Story and Jaison Gardner at the Carnegie Center on March 31. —Jo Anne Triplett

Friday, March 31–April 1
Louisville Orchestra: Walton Britten
The Kentucky Center’s Whitney Hall  |  501 W. Main St.  |  louisvilleorchestra.org  |  $20-$45 Friday, 11 a.m.  |  $27-$75, Saturday 8 p.m.
Louisville Orchestra Music Director Teddy Abrams loves to dream up a concert with a theme, and give that theme a broad exposure — often over centuries. Which is exactly what he and the symphony will do in concerts Friday and Saturday at Whitney Hall. The theme is English composers, and Abrams will lead listeners across five centuries, from a motet by William Byrd from Shakespearean times to a modern-day song by David Bowie called “Sweet Thing.” Chad Sloan voices poetic selections from William Walton’s “Façade.” The big number is a violin concerto by 20th-century composer Benjamin Britten, performed by Augustin Hadelich. —Bill Doolittle

Friday, March 31–April 1
2017 Bluegrass Bash
Freedom Hall  |  937 Phillips Lane  |  kyexpo.org  |  $22  |  Times vary
Embrace your destructive side for a while and enjoy this indoor demolition derby at Freedom Hall. The Main Derby starts at 5:30 p.m., but there is also a Power Wheels and RC Derby at 4 p.m. Yes, this isn’t what you’d usually find in LEO, but fuck it — who doesn’t like watching cars drive fast and smash into each other to cause all kinds of mechanical carnage? —Staff

Saturday, April 1
Lip Gloss Diaries Poetry Slam
Kentucky Center  |  501 W. Main St.  |  kentuckycenter.org/all-shows/lip-gloss-diaries  |  Free  |  8 p.m.
Celebrate the talents of this city’s young women at this annual poetry slam. This all-teenage, all-female competition is hosted by poet extraordinaire Lance Newman and gives these young women a chance “speak out against all topics that they are facing in our society today.” —Staff

Saturday, April 1
Catalyst Art Show
Prophecy Ink  |  907 Baxter Ave.  |  Search Facebook  |  Free  |  6-9 p.m.
Attention cat lovers, this show is for you. This cat-themed art show, with nearly 30 local and international artists, is also a benefit for the Animal Protection Association, which runs a no kill, all cat, shelter. There will also be raffles, cat merchandise, food and live entertainment by Stevie Dicks, Ethel Loveless, Rachel Leigh and Wookiee Cellist. And don’t forget to bring a picture of your furbaby for an on-site pet portrait by The Inking Dragon. —Staff

Saturday, April 1
Paint Your Heart Out
Butchertown Market  |  1201 Story Ave.  |  homeoftheinnocents.org/events/paint-your-heart-out/  |  Donations accepted  |  2-6 p.m.
To kick off Child Abuse Prevention Month, the Home of the Innocents is hosting a completion party for a neighborhood mural. While the mural itself will be completed by local mural painting company, Often Seen Rarely Spoken, guests are invited to paint a smaller version that will be installed on the Home’s campus. The mural represents the children served by the Home of the Innocents, a nonprofit that aims to improve the lives of vulnerable children and their families. This family-friendly event will also include live bands, food trucks, vendors and plenty more. —Ethan Smith

Saturday, April 1
Fare Thee Well Monkey Wrench! What A Long Strange Trip it’s Been
Monkey Wrench  |  1025 Barret Ave.  |  Search Facebook  |  Free  |  8 p.m.-2 a.m.
It has been a long, strange trip for the Monkey Wrench. But all along the way this beloved watering hole has been the site of some amazing shows and the birthplace of many great stories. But the bar has one last hoorah left in it as a “supergroup of the best Dead pickers in the city” will send it off in Grateful Dead fashion. It’s your last chance to celebrate the memories and show some love to the people who put their blood, sweat and tears into it. —Ethan Smith

Saturday, April 1
The Super Run 5K 2017
Cherokee Park  |  745 Cochran Hill Road  |  Search Facebook  |  $40  |  8-11:30 a.m.
This run is summed up perfectly by the tagline “Be a Hero. Help a Cause.” This national series of superhero-themed 5Ks are just like any other 5K, except everyone is encouraged to dress up like their favorite superhero or villain. Everyone can be heroic at this run, and the proceeds go to several nonprofit organizations. Register early online and pick up your packet on March 31, or register the day of at 8 a.m. —Staff

Saturday, April 1
Style Icon Derby Fashion Experience
African American Heritage Foundation  |  1701 W. Muhammad Ali Blvd.  |  Search Facebook  |  $40-$100  |  7-10 p.m.
Before you decide on a Derby outfit, get a sneak peak at the latest in Derby style fashion, hat designs and jewelry at this interactive and immersive fashion show. There will also be gift bags and amazing giveaways from Christian Louboutin. And proceeds from the show will benefit Fund for the Arts, a regional nonprofit that looks to improve communities through access to the arts. —Staff

Thursday, April 6
Dark Parisian History
Carmichael’s Bookstore  |  2720 Frankfort Ave.  |  carmichaelsbookstore.com  |  Free  |  7 p.m.
Admirers of The Age of Enlightenment know that the great advances in European lifestyle didn’t start up in a vacuum. Earlier on, people wanted city streets to be better than muddy ruts. But there were also opposing forces—it isn’t that they liked having to step around emptied chamber-pot contents, but some would rather exploit present opportunities than help make progress for a better future. Professor and author Holly Tucker has beautifully balanced history and mystery from the late-17th-century with “City of Light, City of Poison: Murder, Magic, and the First Police Chief of Paris.” As she’ll relate at her Carmichael’s reading/signing, bringing in streetlamps and other improvements took painstaking efforts to appease a royal court and to avoid becoming a victim of oft-violent corruption. Nicolas de La Reynie was the right man to bring about civic achievements—but at high price. —T.E. Lyons

Through April 9
‘Oscillates Wildly’ by William J. O’Brien
Kentucky Museum of Art and Craft  |  715 W. Main St.  |  kmacmuseum.org  |  Free  |  Times vary
Chicago artist William J. O’Brien’s current exhibition at the Kentucky Museum of Art and Craft features almost 90 work in a variety of media, including painting, sculpture and textiles. Organized by KMAC curator Joey Yates, O’Brien is exactly the type of artist the museum likes to promote, as its motto is “Art is the Big Idea. Craft is the Process.” Yates said, “In our modern lexicon of creative activity, O’Brien is commonly considered a maker, someone who is engaged in a thoughtful, physically rigorous and oftentimes improvisational approach to materiality and process. In this effort, William J. O’Brien offers a prime example of the role craft plays in the critical dialogue about contemporary art, which the KMAC exhibition program explores.” —Jo Anne Triplett

Through April 8
‘Painting in the Network: Algorithm and Appropriation’
Cressman Center for Visual Arts  |  100 E. Main St.  |  louisville.edu/art  |  Free  |  Times vary
To paraphrase Shakespeare, “We know what we are.” Digital technology is something we know and live with daily. Since it is a part of what we are, it makes sense artists want to work with it. UofL’s Hite Art Institute is showing “Painting in the Network: Algorithm and Appropriation” as a discussion on how painting and digital technology can coexist. The seven artists in the show are Cory Archangel, Alex Dodge, Leah Glenn, Gabriel Orozco, Davis Rhodes, Tabor Robar and Siberian Vestee. “Most of these artists are very talented computer programmers, talent evidenced by their elaborate digital compositions and sophisticated algorithms,” said Chris Reitz, Director of Galleries at the Hite Art Institute. “By ‘outsourcing’ the job of composition to a program that they write, these artists retool and reboot their artistic labor.” —Jo Anne Triplett