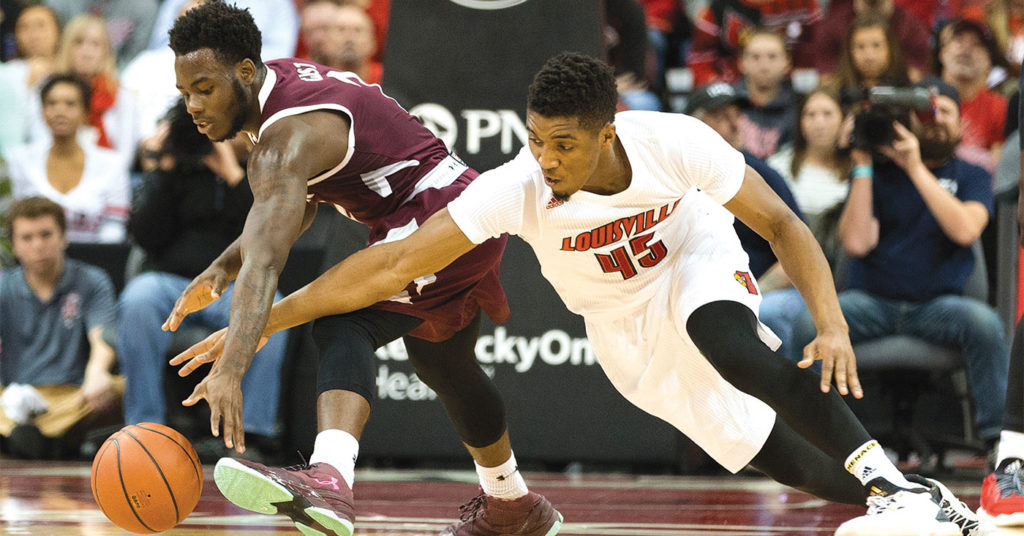 In a loaded drafted class, where, for various reasons, prospects can be picked in the top 10 and still land in a really good situation, we take a pre-March Madness look at three UK and UofL players slated to be taken in the first round. All three are extremely gifted, high-octane players. All three also have concerning flaws.

At 6 feet 3 inches, Monk is a few inches shorter than prototypical shooting guard size, but he makes up for it with his speed, athleticism, ball handling, a quick trigger and a high-point release. A dynamic scorer who can shoot over the defense, hit the lane off the dribble and run well in transition, Monk would work perfectly on a team where he could be a third option on offense, the beneficiary of open looks gifted to him from primary scorers, while simultaneously not allowing double teams to drop into the paint. And there are some interesting teams that need a player whose basement is a floor spacer: being paired with Townes and Wiggins in Minnesota, or Porzingis and Carmelo (if he’s still a Knick next year) in New York, or Embiid and Simmons in Philadelphia would be ideal. Those are cores that he could make an impact on right away, while continuing to grow, because he still has plenty of upside.

De’Aaron Fox has the opposite problem than Monk’s. As a point guard, he has the size and reach that measures theoretically perfectly in the NBA, but he struggles from three — shooting below 25 percent from beyond the arc. That’s not ideal when making the transition to the pros, where players are bigger, stronger and smarter — and will sag off of him in ISO situations, as well as drop on pick ‘n’ rolls, making his route to the paint much harder. Not to mention the NBA three-point line is more than a foot deeper. But, as an elite defender, with good court vision, a solid midrange game and a knack for finishing in traffic, he may be worth the lottery pick.

A pure scorer, with range, insane athleticism, aggressive on-ball defense and blossoming passing, Donovan Mitchell — despite, at times, being streaky — has shown flashes of being able to morph into a productive NBA player. For Mitchell, it’s probably a matter of falling into a good system. As a rookie, it would probably be more beneficial for him to be a fringe rotation player for the Spurs than to start for the Kings.