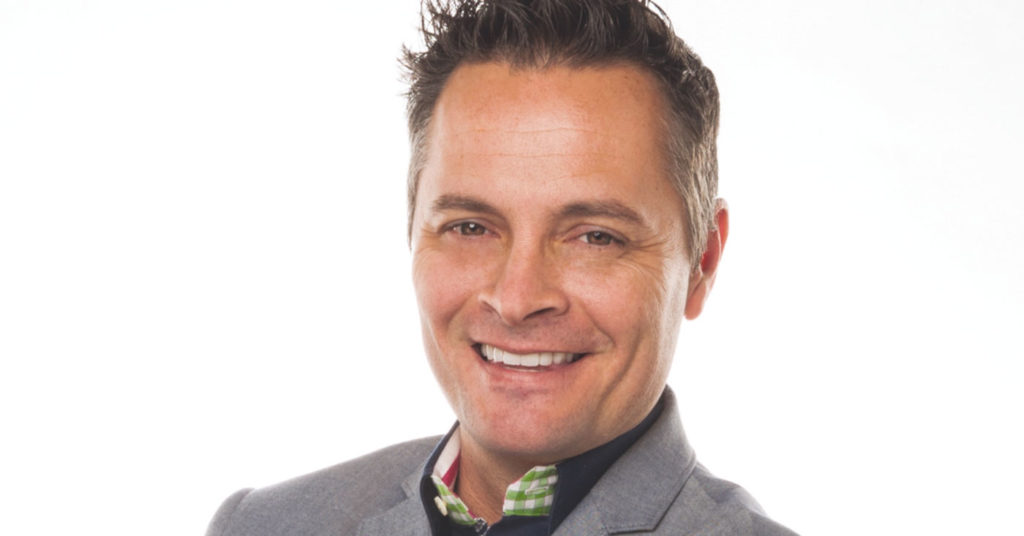 Lee Cruse might be the busiest man in the Bluegrass. He is a popular Lexington radio personality and host of “News at Sunrise,” a local,  morning TV show. “Everything you see Terry Meiners do in Louisville,” he said, “I pretty much do all of that in Lexington.” He has also been a stand-up comedian for over two decades, somehow managing to juggle his radio and television gigs while performing across the country. Cruse was born in Winchester, Kentucky, the son of a high school basketball coach who soon moved   the family to Lexington, where Cruse, 52, has remained. Cruse will make his return to Louisville this weekend to headline at The Caravan.

LEO: What was growing up in the Cruse household like?

Lee Cruse: Ah, the beautiful vistas of Winchester, overlooking all of the scenic trailer parks. I then lived in Carlisle for a while, and then we moved to Lexington, where I’ve been pretty much my whole life. I had a little brother and a little sister. My dad was a basketball coach. I’m a small guy, but I played at Clark County High School. My senior year dad got his first head coaching job at Nicholas County High School, so I went to play for him, where we fought a lot.

It wasn’t fun being coached by your father?

It was horrific. You feel like you’re playing for his job. Most children, they’re performance doesn’t depend on whether you’re going to eat that night or not. But it sure felt like it, when some two bit farmer would come yell at me for making a turnover. There was a game against Frankfort where I turned the ball over five times before my dad could get a time out. I don’t even know how that’s possible.

Is doing clean comedy a conscious effort for you, or are you just accustomed to having language restricted by the Federal Communications Commission on television and radio, so it all just comes out that way?

I think it’s more of a conscious effort. It didn’t take me long to realize it’s more marketable. When I host the open mics here in Lexington, I always try to steer the new guys away from doing humor they couldn’t do on “The Tonight Show,” or in front of a corporate audience, because that’s where the bulk of the money is going to be made. And you can always dirty it up later, if that’s what you want to do. Some people find it an identity thing, or freedom of speech. To me it’s not about those things. It’s about marketability. It’s about giving yourself as much longitude and latitude as a comic to be able to make money and support yourself.

Having a morning show and a radio show, and being a traveling comic — is it hard to balance all of that with a home life?

When was comedy something you took notice of?

When I was 4 years old, I grew up wanting to watch Johnny Carson and things like that. But my thing was that I wanted to be David Letterman. Looking back, it’s probably because my dad loved him. He thought he was hilarious.

So how did you make the leap to comedy?

One of the last things [legendary NBC executive] Brandon Tartikoff did — it was like 1995 — it was a show called ‘Last Call.’ It was similar to ‘The View’ format, where you had people on a dais, and they would discuss the news of the day. They were looking for people, so I shot a tape on my grandparent’s farm that somehow got their attention. They flew me up to New York and brought me into the studio where they were filming. I start riffing on whatever topic and what I thought my opinion should be. Well, the audience ripped me to shreds, and I wasn’t prepared for that. I got so shook up, so rattled, I embarrassed myself on national television. I came home and thought, ‘I can never let that happen again.’ So I started going to the open-mic nights at Comedy Caravan there in Louisville.

Did that first time go well?

I was sandwiched between two guys, who are both still good friends of mine, Jeff Caldwell and Brett Leake. Brett Leake was actually there practicing his set to be on ‘The Tonight Show.’ He blew the room apart. He killed it. I’m waiting in the wings, the audience gives him a standing ovation and then they’re like: ‘And now for his first time onstage, Lee Cruse.’ So that was not the perfect scenario, but I’ll never forget how supportive and kind all of the comics were that night. •