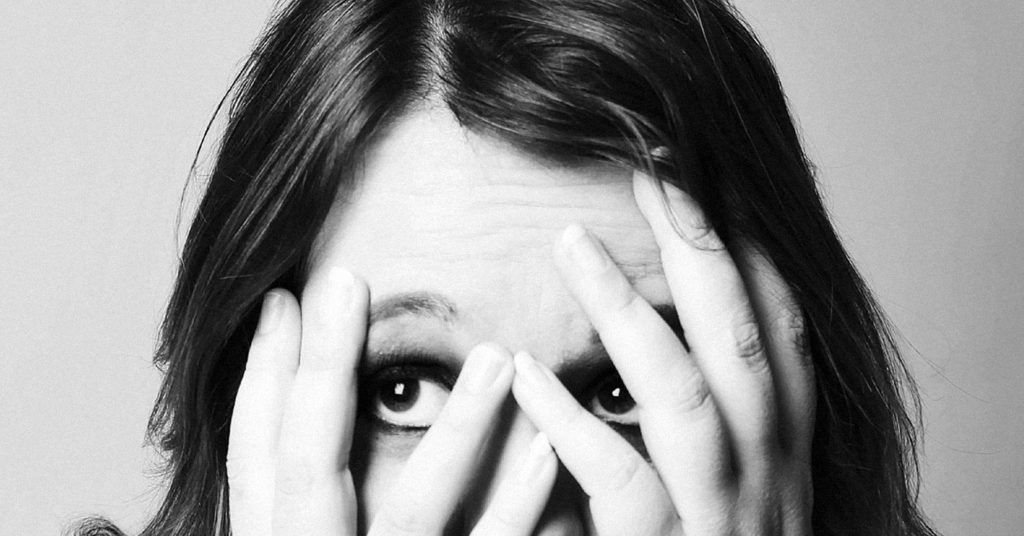 This is not going to be a standard book review/author-appearance preview.

Start with the author. Known as The Bloggess (with online presence at thebloggess.com, naturally), Jenny Lawson is a humorist whose métier is essay-length pieces about being a wife, mother and friend, while living with a laundry list of mental illness conditions. Her style can be ADHD-level scattershot, with honesty and hilarity constantly piercing each other

Besides blogging and writing newspaper columns (“Good Mom/Bad Mom” for the Houston Chronicle), she ventured into book-length memoir with the bestseller “Let’s Pretend This Never Happened” in 2012. Her second book, 2015’s “Furiously Happy,” was more irreverent in structure and tone — but its purpose was clear: Lawson was mounting a get-myself-back campaign on the page after a particularly severe and long-lasting period of depression.

Now, the latter book has spawned a companion piece. Subtitled “An Owner’s Manual for Dangerous Minds,” art therapy has entered into Lawson’s arsenal for holding back the dark. “You Are Here” is an oversize paperback that has perforated pages — the better to pull them out, before or after you’ve colored them. Lawson has often retreated into drawing for a creative, calming and coping mechanism. Her pen-and-ink illustrations are sometimes whimsical patterns built upon simple shapes such as circles, with enchanting textures. There are also less-abstract motifs: feathers, leaves, women, animals. And within each drawing is a bit of text that could serve as a mantra. (An early favorite in my household: “She always felt far too afraid for adventures, but that was okay because misadventure was her true calling.”)

Facing the illustrated pages are additional flash-bits of text. Many are mini essays, and some are threats to the nebulous forces that might threaten her and her loved ones. A few are optimistic platitudes, in big Courier font, that wouldn’t be out of place tucked into very high-quality fortune cookies. The content of these pages flows with a rhythm — careful but not plodding — that accumulates into a body of contemplation. It may not be everyone’s idea of the wisdom of Solomon, but this experienced hand knows that in living today, times of internal trouble might be staved off if you “…build a pillow fort around your dreams. Fill it with cats and books and wine slushies. Then build a fiery moat around your pillow fort, filled with acid and razor blades, because people are going to want that pillow fort. And your dreams, maybe.”

When was the last time you pulled a favorite page out of one of your books and displayed it by way of refrigerator magnets? Or tacked it up on the wall next to the door through which you go to face that crazy outer world? This book is designed for those very purposes — and if you know you could use it, or even if you linger in thought over how it might’ve helped you get through a rough patch, “You Are Here” is here to help you. And Carmichael’s is bringing the author/bloggess to town, and I expect she has a very good answer if you ask how to make good use of a book after you’ve torn out its best pages.

LEO also recently got a chance for some email questions-and-answers with Jenny Lawson, otherwise known as “The Bloggess.”

LEO: Did it take a lot of persuading to move your medium from blog to book?

Jenny Lawson: Part of why I started blogging was because I loved to write and wanted to practice writing for an audience to see what worked and what didn’t — because I wanted to write at least one book. It took persuading from my agent, though, to convince me that people would be interested in actually paying for the ridiculous and strange thoughts that get stuck in my head.  I’m still shocked at how incredibly supportive and responsive people have been to the things I create.

When you tour, do you have any difficulties in facing and relating to a roomful of your fans and curious newcomers?

I struggle with it a lot. I had a small breakdown after my first tour years ago, and then I realized the importance of self-care and hiding out in hotel rooms to decompress and to get ready. Luckily I’ve found a lot of tools to help me cope … behavioral therapy, medication, that sort of thing. Also, I find it incredibly reassuring to know that so many of my readers struggle with the same anxiety disorder issues, so I know that if I did have a panic attack that people would understand if I had to hide under the podium. In fact, I think my signings are the safest places for introverts to go because so many of us understand how terrifying it is to just leave the house sometimes. I love readings, though, because I look out and see those same terrified faces in the audience but later in the signing line they start to meet each other — and suddenly they’re exchanging emails and medication advice.

Do you get advice — solicited or otherwise —f rom mental-health professionals about how you’re describing your struggles/triumphs/setbacks/acceptance of mental illness?

About how I’m describing it? No. I have so many mental-health professionals who give my books out to patients, because it can help others see that they aren’t alone. I think that because I’ve always been very clear about the fact that this is the way that mental illness affects me, and this is the way that I personally deal with it, it creates an open-ended space for people to decide if they relate or if they don’t, and it helps them to start conversations with others about it. Being able to talk about something that still has some stigma attached can be a wonderful thing.

I do get a lot of unsolicited advice about what I need to be doing to deal with my disorders, and it’s interesting that it’s often so different depending on the person giving advice. It makes sense, though, as there aren’t specific cures for each disorder or each person, so having lots of options can be helpful. And overwhelming. And sometimes frustrating. Sometimes you get people who insist that you’re doing it to yourself because you aren’t following a certain diet or routine or medication route or cleanse or attitude.

There is a special print that will be on sale in some independent stores on Independent Bookstore Day to help bring people in to their local shops, but I think that’s really it for now.

My parents were much more likely to put up taxidermy than motivational posters, and, honestly, I’m kind of with them.  I do, however, have a lot of things posted in my office that give me motivation, and actually those things were usually made by me and many ended up in “You Are Here.” Particularly the snarky ones that make me laugh and also work, because I need encouragement to keep going. I deal with Imposter Syndrome (constantly feeling like a fraud or a loser), so I have to constantly remind myself that my brain is a liar and that I’m pretty bad-ass even when I feel like hot garbage. I think there are a lot of people out there like me, and hopefully they’ll feel inspired when they read the things that help me.

Your references to animals are delightful — even when they get a little scary. Is there an animal that you haven’t written about yet, but might get around to soon?

Ha! I have an attack squirrel living with me currently. I haven’t written about him yet, though, because I don’t think he’s finished. That might have to be a chapter for a whole new book.