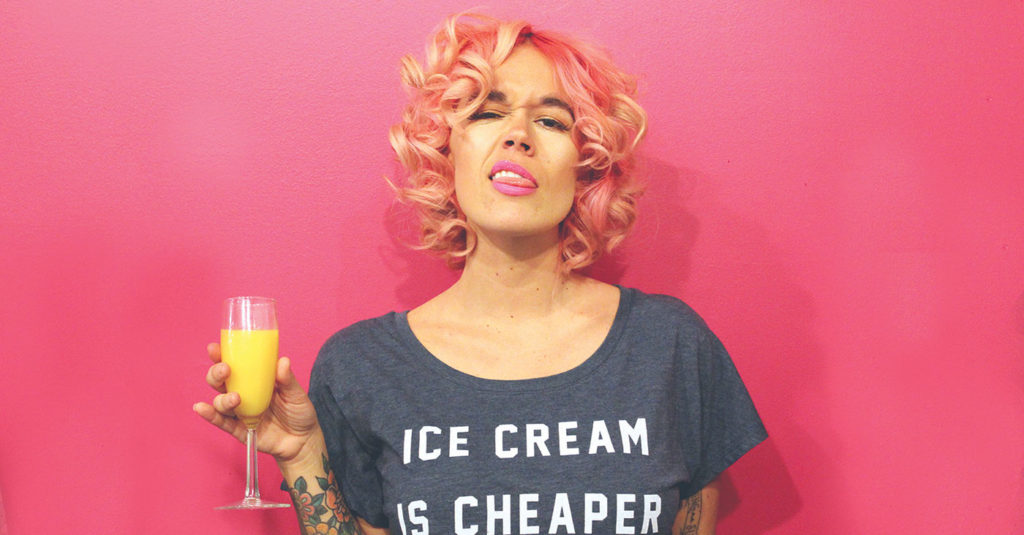 The bald eagle was chosen June 20, 1782, to be the symbol of the United States because of its strength, majesty and long life. While many Americans may be enraged by what our current presidential administration seems to consider truly American, the bald eagle still soars on our seal perhaps offering hope that America will endure four more years. Louisville’s The Eagle Food & Beer Hall opened its doors (coincidentally?) on Election Day 2016 and, wait for it — they’ve got my vote to make beer halls great again.

I’m not ashamed to say that three times over the past month or so, I’ve patronized The Eagle, which nests (too much?) in the former home of El Camino on Bardstown Road. It’s now on my go-to radar for happy hour drinks, patio sitting, bellying up to the bar and ordering every starch-soaked, cheesy, cast-iron skillet served side item available… the opportunities seem endless. With a warm, inviting bar, dramatic, large leather booths, communal dining replete with fire pits and a massive outdoor bar, The Eagle is the right collision of cool and trendy with an old-school beer or pool hall. You may order a fancy, locally-and sustainably-brewed Berliner Weisse, but it’s also OK if you show up sweaty, post-rec softball game. The Eagle is all, come as you are but don’t skimp on the good stuff vibes.

While “American fare, beer, and the blues,” is The Eagle’s motto, who really knows what American fare is anymore? Apparently, it’s fried chicken, but I’ll get right to the good stuff — my personal American fare, if you will. The cocktail list is concise and built of riffs on classics done right. It includes a delectable Bloody Mary (stuffed with all the fixings including cheese and bacon) and an enormous Mule (nothing fancy, just Tito’s and Crabbie’s ginger beer in a giant mug). But the Eagle Iced Tea has stolen the show for me, time and time again. I’ll be the first to admit, as a bartender and bar-goer, I’ve always believed that Long Island Iced Tea’s are trash poison, and I will judge you if you order one from me, and believe in my heart that you have the words “live, laugh, love” painted on your wall somewhere at home. Yes, I now know that I am a terrible person, because the LIT apparently can be done right, with well-curated spirits and house-made sour mix. The Eagle’s version includes Stoli Citros vodka, Herrudura silver tequila, Tanquerey, Bacardi, triple sec, house sour and Coca-Cola Classic. It tastes like they use Mexican Coke from a glass bottle. And, friends, this delightful potion can be ordered by the pitcher, as can their delicious Bourbon Punch.

My friends, Mo and Michelle, and I hung out on the patio last week for Mo’s birthday — you know, that one day in February when it was 80 degrees? Mo ordered the Eagle Iced Tea and exclaimed, “damn!” at her first sip, as Michelle and I lifted our giant, refreshing Mules to our faces with two hands. Twice now at The Eagle I’ve been greeted by both a server and a trainee, and service has always been delightful. The beer menu is chock full of local and interesting options, the patio is dog-friendly (always a plus in my world) and the mac-n-cheese is fucking orgasmic.

In the words of our Founding Fathers, “cash me outside at The Eagle, howbow dah?” or something like that.