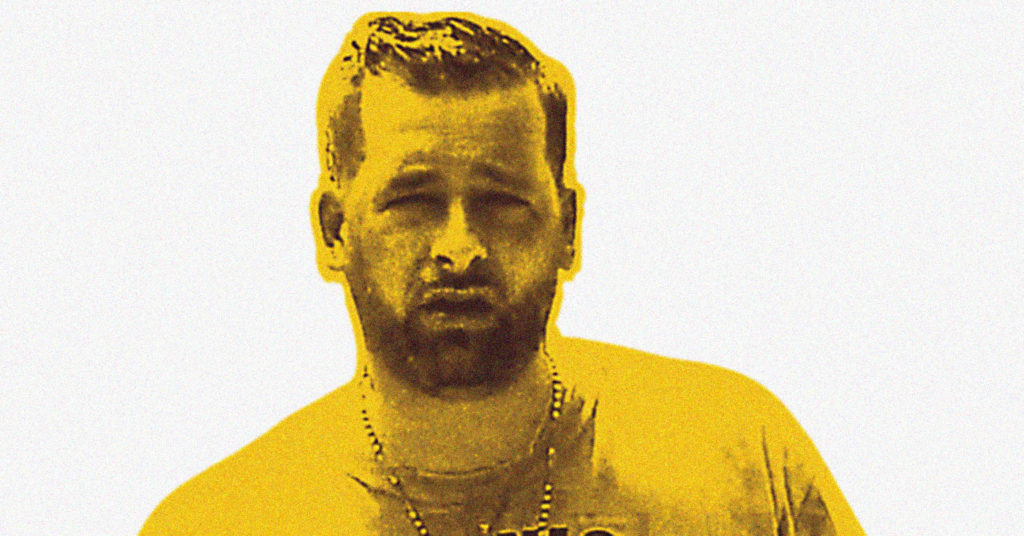 Saturday, April 1
Amiri King to perform at Klan rally behind Cracker Barrel
Cracker Barrel  |  Brooks, Kentucky  |  Search Facebook Free  |  8 p.m.
There are few comics as edgy and ready to tell it like it is than Amiri King, and he’s bringing his ball-busting comedy to bear at the Cracker Barrel in Brooks. Hosted by the local KKK, King is looking to get into it about cucks and SJW White Knights who probably all voted for Killary anyways. Ready to hear some sweet material about Truck Nutz, or how there ought to be a White Entertainment Television? Because the Klan is, and they’re also ready to get at those pancakes, y’all. Boot and scoot your ass down to Brooks to make comedy grate again. —Staff

Saturday, April 1
DIY concert in studio apartment
Dale’s studio apartment
@dale69  |  $50  |  10-10:15 p.m.
You may have heard of these Do-It-Yourself concerts before, where a band has a show at an unusual venue to circumvent the hassles and costs of a more traditional venue. Dale, of Dale’s Six String Extravaganza, takes it to a new level. And because “these bullshit venues don’t know anything about real music,” Dale is hosting his DIY show in his “studio apartment,” which happens to be in his parents’ house. Dale will play his acoustic guitar and a foot drum on his bed for “a limited, but exclusive few,” so be sure to be there at exactly 10 p.m., since he can play for only 15 minutes because, he said, his “mwom gets mad.” —Staff

Saturday, April 1
Flying Axes: Political Targets
Flying Axes  |  flyingaxes.com  |  Prices and times vary
April is here, which means the long-awaited Flying Axes is finally open! And it is kicking off its first week with a bang. For a limited time (as long as supplies last), Flying Axes is hosting a special political targets session. For an extra $5, employees will hang a picture of your most-hated politician for you to hurl axes at. But, if you are willing to shell out the big bucks, you can throw axes at a state politician of the same party. Is it really a Republican state representative, or just some white guy in a suit? Who knows — you don’t pay attention to local politics,  so who cares!  —Staff

Saturday, April 1
Soft opening of New Restaurant
Every block on Bardstown Road
Read about it first in Louisville Insider
Hey guys, a new restaurant is having its soft opening Saturday to show off its menu of American comfort food, infused with bourbon and Southern-fusion excess! Expect fried chicken not as good as Indi’s, $20 burgers, mac ‘n cheese like everyone else’s, its famous crack-stick potato bombs (because drug and military references are always a hit) and a bar stocked with bourbon, craft beers and $15 mixed drinks served in juice jars! You will sit elbow to elbow with fellow diners in echo-chamber ambiance. Tiny portions will be served on shingles by sullen, inattentive waitstaff with full-sleeve tattoos of whatever made sense that drunken, epic night they cannot recall. You’ve had food like this before, and you overpaid for it, so get ready to do it again. —Staff

Saturday, April 1
Skiing off Belle of Louisville
Waterfront docks  |  skithebelle.com  |  Prices and times vary
Get your skis out, because the Belle of Louisville is getting loose. The 103-year-old steamboat is looking to make some waves this summer in Ohio River style. Extreme sports enthusiasts are in for a treat as their rope is affixed to the classic red paddle wheel, while they’re pulled down the river at speeds up to 7 mph, enough to put the wind in your sails! Be ready to do some awesome stunts, jumping logs, debris and the occasional duck, as you’re pulled past the muddy banks of the river, culminating in a hard stop at the McAlphine Locks. —Staff

Saturday, April 1
LSD Fun Run!
Bardstown Road (and the outer limits of your mind!)
Search Facebook  |  $20 per hit (or trade)  |  Midnight-midnight
For everyone out there who enjoys fun runs with beer stops (and all of the puking that follows), this is your chance to take it to the next level! This fun-run starts in the heart of Baxter Avenue, where you will meet “Dave.” Pay “Dave” $20, or trade him something of equal value, and he’ll hand you your first hit of LSD. Then, just start walking down Bardstown Road, dodging what appear to be multicolored clouds (but are actually cars). But try to stay semi-alert or you’ll miss “Kim,” “Bill” and “Peter” who will all have increasingly higher doses of LSD for you to take. Sound like fun? If so, then you my friend have terrible impulse control and a shocking inability to think things through, and this run/culling is definitely for you! —Staff

Periodically, spontaneously thru forever
Bevin selfie session
Locations vary  |  @GovBevin  |  Free (plus your dignity)  |  Times vary
You’ve heard all about Gov. Matt Griswold Bevin’s affinity for snapping selfies — now is your chance to snap your very own scary selfie. Indoor or outside, rain or shine, one-on-one or with a group, Bevin is ready to get uncomfortably close, put his arm around your shoulder as you wonder “Why is this guy touching me?” and flash that weasel-grin of his… all for you, and all for free! (Disclaimer: Must reside or work in the Commonwealth of Kentucky, not be a member of any organized labor or a public school teacher… and all females must consult with a physician 24 hours before procedure.) —Staff

Right now
Absolutely, Fucking Nothing
This spot  |  whogivesashit.com  |  Free  |  As long as you want
Enough. We’ve had it. For nearly 30 years all we hear is, “Will you put this on your calendar?” and “What shows are coming to town this weekend?” And every week, we are here to do the best we can to relieve you of your boredom. Well, no more. We are sorry that we’re not sorry to tell you: There is nothing going on. That’s right, absolutely nothing! You want a pick? Look down…  see that thing hanging off your face? Pick that. Or read a book… we don’t care anymore. —Staff Curmudgeon