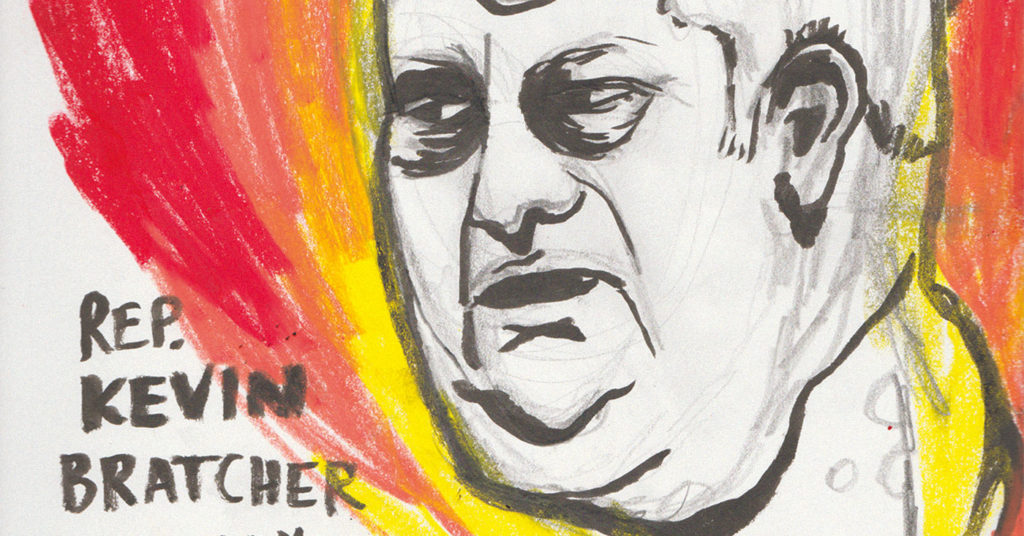 To be clear, the illustration depicts him as a snake, one of a series of drawings Neumayer has done — and LEO has published — as her way of opposing legislation pouring from the state’s Republican-controlled legislature. In this case, she was opposing Bratcher’s so-called neighborhood schools bill, which would make it easier for parents to send their children to neighborhood schools. The reality is that the bill would essentially dismantle Louisville’s effective desegregation efforts, reinforcing decades of discriminatory redlining in the city.

Neumayer told Bratcher she would sell him the illustration if he donated to Black Lives Matter and the ACLU. He demurred, asking instead to donate to the Sierra Club and PETA. The deal fell apart, but certainly Neumayer got across her point with Bratcher.