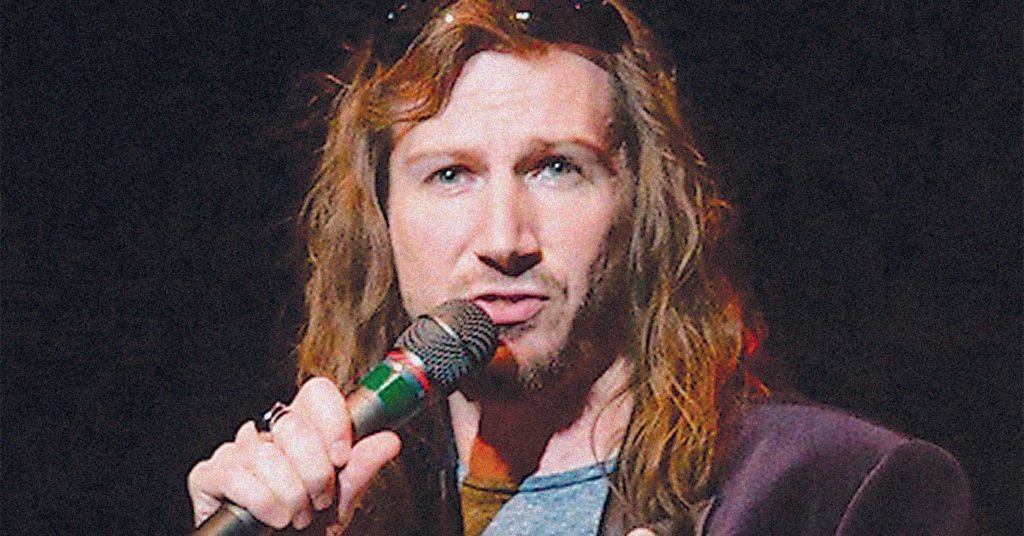 A little over a year ago Darren Knight was unemployed by day and performing local open-mic shows by night. Today, he’s headlining theaters across the country with “Darren Knight’s Southern Momma an ‘Em Comedy Tour.” The turnaround came when he posted a video to Facebook of a character he called Southern Momma, based on the women he grew up around in Munford, Alabama. The video went viral. Knight followed with a string of other Southern Momma videos, each espousing down-home Southern logic on topics including high school football, tax returns and dating. It didn’t take long before he was an internet sensation. His sudden fame inspired Knight and fellow comedians Gary Cargal and Jerry Harvey to hit the road last fall, booking shows at clubs as “Southern Momma an ‘Em Comedy Tour.” This week, the tour stops at The Kentucky Center.

LEO: Was your family funny?

Darren Knight: They were funny in their own way. A couple of weeks ago, my grandmother came to one of the shows, and the first thing she said was: ‘Have you done something with your hair?’ I told her, no. And she said, ‘Well, it looks like shit, Darren.’ She wasn’t being mean. That’s her way of saying she loves me and wants me to look nice. Either that, or I have sure been brainwashed over the years.

You’re known for your Southern Momma character. Is she based on anyone specific?

I say that Southern Momma is 40 percent my mother and 60 percent my grandmother. My grandmother was a little more animated, and a lot of things we heard growing up that were a little out of the realm, they came from her.

How did they respond to the character when they first saw it?

That’s a good question. They agree with the character. They know that I’m spot-on. They like to sit back and laugh at themselves, but they know exactly who I’m imitating in those videos. But they weren’t offended, because they know that it is exactly how they are.

Are any of the colloquialisms things you actually heard growing up?

Oh yeah. ‘Don’t you cut them eyes at me.’ A lot of kids rolled their eyes growing up — we knew not to roll our eyes. Because if we rolled our eyes at mom, we would get a butt whoopin’ of Biblical proportions. That was just the ultimate disrespect, as far as my mom was concerned. So if we wanted to let her know we were upset, we would just give her a nasty look from the corner of our eyes. That’s when she’d say, ‘Don’t you cut them eyes at me.’

Why do you think Southern Momma struck a chord with so many people?

Well, I think a lot more people heard that shit more than they want to admit. These are just things we all heard growing up, in one way or another. It doesn’t matter if you’re black, Latino, Asian — it doesn’t matter what language you’re saying it — everyone grows up hearing these sorts of things. Not just so many races, but so many generations can relate to having had this kind of person in their life.

How does this character translate to the stage?

The shows are very different than the videos. If I stood up there for 40 minutes yelling at invisible kids, it would start to get a little redundant after a while. I give them a little Southern Momma in the beginning, because I know that’s what brought them here. But the material is a lot about my experience and my life. I’m more of storyteller than a punch-line kind of guy.

After the internet success, and going from clubs to theaters so quickly, is it nerve-racking?

You know, it is. I’m the kind of person who takes into account other people’s time. Time is a big deal. Time is something you never get back. And the way our economy is right now, Americans work their butts off for their money. And a lot of people drive hours to our show. So it’s very important to me that if they’re giving me their time and their money that they have a great time while they’re there.