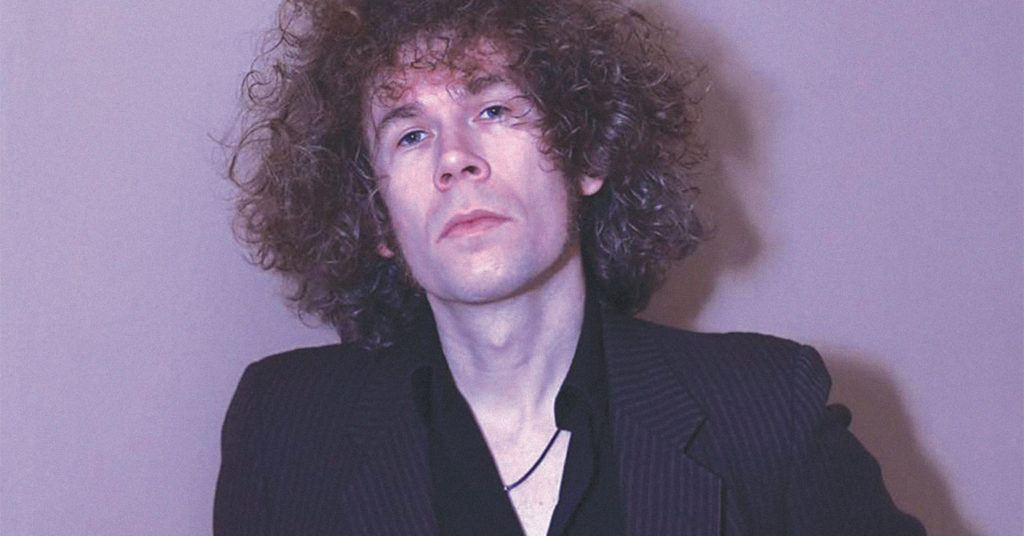 William Benton is a musician who was born in Oklahoma and has been living in Louisville most of his adult life. He lives at the Cathouse, a multipurpose art space in the Smoketown neighborhood, and he has played with such seminal Louisville bands as Lucky Pineapple and Phantom Family Halo and currently fronts Cat Casual & the Holy Midnight with bandmates Sean Gardner, Brian Foor and Tim Pinkerton. They have a new self-titled album which comes out via a release show on Friday, March 24.

LEO: After Lucky Pineapple disbanded you moved to New York City for a while before returning home to your art/music/living space on north Preston Street in 2015. You had mentioned the difficulties of being a musician in NYC, especially in terms of affordability and community. Was this the driving motivation to return to Louisville and revamp the Cathouse?

Will Benton: There are a few ways to make it in New York, and none of the avenues agreed with me. Aside from that, I began to really think about the fact that I could never own a home or space there, as Manhattan becomes occupied by the uber-rich more and more, pushing the people who serve them to more remote areas. It feels rather insulting, actually. But, on top of that, budgeting time there is as difficult as budgeting money. I still have such a love and fondness for New York and the people who have lived and worked there for generations. I cannot imagine them being cut out completely. But that’s my naivety and wishful thinking prevailing there, because the people are losing there all of the time. And in lots of other places.

Your new self-titled full-length plays with a psychedelic art punk vibe reminiscent of the experimental Cold War sounds from the 1980s Berlin music scene, such as the Australian bands Crime and The City Solution and The Birthday Party, that relocated there. The Cathouse, located in the Smoketown neighborhood, has been neglected, but it is showing early stages of revitalization, striking similarities to the climate in 1980s Berlin. Could you speak of your influences, and would you say your surroundings influence your music?

I’ve never really thought about connecting those dots, but that scene is hugely important to me. And Australians in particular seem to be of the same tattered cloth as Okies. That kind of isolation causes you to really dig and struggle to find those pockets of inspiration in music, film, literature — not to mention the actual connecting with like-minded artists. With that comes a randomness in what you find, what you miss. And something about it all makes for a dark sense of humor about everything you love and hate. When I met the Bad Seeds, it felt like it took all of 15 minutes for the Okie and the Aussies to be confusing and appalling the New York cool kids with jokes and insults. It was great. There isn’t much mystery in why artists end up in neglected neighborhoods, being that we are all broke and trying to allow the time, space and peace of mind to work on respective projects. I deeply love Smoketown and my home and hope to spend many, many years working and living there. It’s rough around the edges, has character, has characters. People don’t really bullshit each other in my neighborhood. And one can’t ignore the Cold War aspects of that scene and what is happening now. Well, I hadn’t, until you said it.

I was thinking that your track “Mutadis Mutadis” captured some of the issues with the U.S. becoming so unaffordable for those of us at the bottom — that at some point ordinary folks will have no choice but to stand up in opposition to what is happening, regardless of whether they really want to or not. That at some point if things don’t change, we won’t have a choice. Or am I looking too far into it?

You’re close. It’s a track that draws from a few sources to, hopefully, accomplish a composite open to interpretation within some suggested parameters. The initial concept stems from the deaths of kids like Michael Brown and Eric Garner — people who would, if asked, prefer to be ordinary people, living ordinary lives, rather than being murdered by police and being the names behind a movement that has moved an undeniable long-standing issue to the forefront of political discourse. But, I don’t care for my songs to be about something as clear-cut as that. There are references to Bill Gunn’s ‘Ganja and Hess’ and gentrification.

The whole thing should be birthed as something that allows the listener to get it by making she or he think about related subjects. Glad it worked on you.