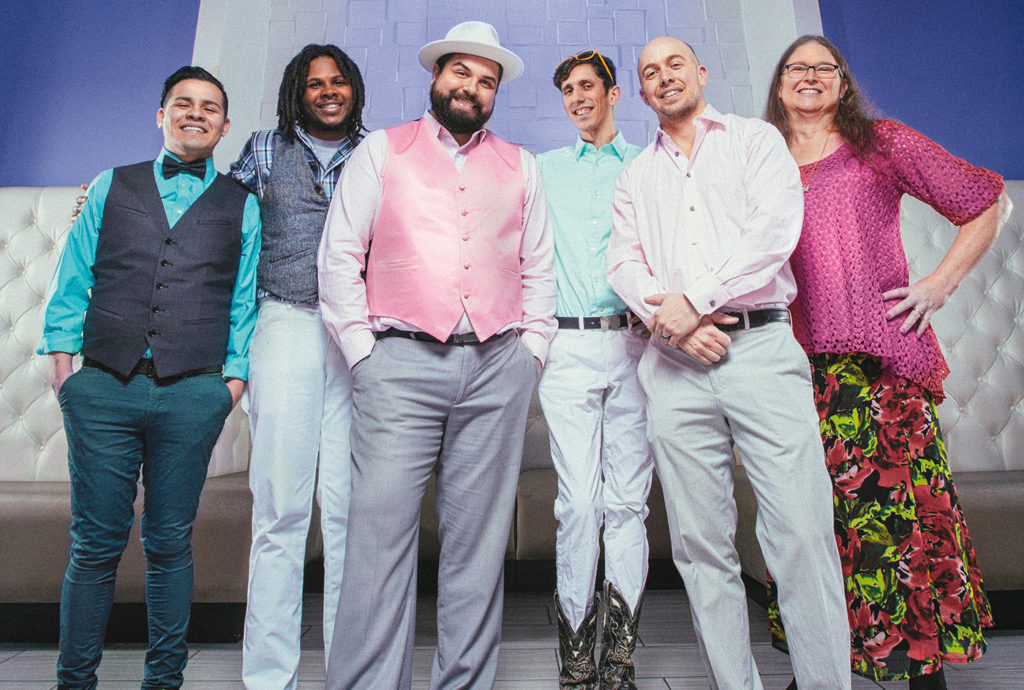 The Kentucky Derby is not just a time to celebrate and cut loose but also a time to come together in celebration of the fabulous culture of Louisville. This year, revelers can add one more party to their Derby calendar that will of course be a grand affair – as is expected for this time of year – while also furthering the inclusiveness and diversity of the city.

The Rainbows & Roses Soiree will be the inaugural event for Louisville’s LGBTQ+ Community Coalition. Coalition members are eagerly looking forward to hosting their first event during what is arguably Lousiville’s most exciting time of year. R&R will be held on Thursday, May 4 (otherwise known as “Thurby”) from 8 p.m. to midnight and will take place at both Butchertown Grocery and PLAY Louisville, thus spanning across the intersection of Washington and Buchanan Streets in Butchertown.

Though much of the event is still in the works and rather fluid, the groundwork has been laid. Butchertown Grocery and its accompanying bar, Lola, will be hosting the VIP experience, where guests will be treated to an open bar and musical guests. Lola will be serving an Asian-inspired menu for attendees to dine on as LouisVogue, a performance art troupe, presents ballroom categories such as Face, Bizarre Bazaar and Vogue Performance.

The general admission event is hosted at PLAY, where guests will see a marvelous show by the one and only Latrice Royale from “RuPaul’s Drag Race.” The show is generously sponsored by Heaven Hill Brands. Performers from LouisVogue will mingle with party-goers at both locations throughout the night and facilitate movement between the two venues. And in typical PLAY fashion, those in attendance will be able to stay late and dance the night away.

The LGBTQ+ Community Coalition, which took shape last year and is currently in the process of working toward its goal of creating an LGBTQ+ community center, decided to host the event in two spaces in order to make the special night accessible to as many people as possible.

“There are so many fun aspects of Derby, from elaborate hats and eclectic outfits to the overall energy and excitement you experience in Louisville,” says Josh Miller, coalition member and co-organizer of the event. “We wanted to participate in our own way and be inclusive of those who may not be able to afford tickets to Churchill Downs or other pricey events.”

Tickets to the party at PLAY are only $10, and the nightclub is donating their space for the event, allowing every dollar collected to go to the coalition and the fund for the new community center.

The LGBTQ+ Community Coalition is comprised of several organizations and important leaders from Louisville’s LGBTQ community, including Modern Louisville. The group’s efforts will ultimately result in a public community center at a to-be-determined location that will bring together LGBTQ groups and individuals, focusing on the social, physical and overall well-being of the community.

The coalition is proud to boast a fantastic group of dedicated people organizing the event and two widely celebrated venues that are not only excellent at their craft but also enthusiastic about the cause.

“We are so excited about the opportunity to show support for this community,” says Bethany Hood of Butchertown Grocery. “We are going to be here doing what we do best and making sure that each guest leaves happy.”

Across the street, PLAY is similarly anticipating the event. “Giving back to the community is a core principle of our business model, and we’re excited to be partnering with the coalition for R&R,” says Chris Galla, co-owner of PLAY. “This is going to be a great event and we’re honored to be a part of it.”

Nicholas Moore, a founding and current member of the Derby City Bears and coalition member, is also a key contributor to R&R. Moore previously acted as the marketing director for the inaugural Jeffersonville Pride Festival and has worked on several other projects for nonprofits in the area. For this project, Moore collaborated with designer Frankie Pellegrini – who worked as the top designer for the highly successful Splat Out Cancer Campaign – to create the perfect logo and marketing materials for the event.

“It’s really great that we have two well- known venues on our team for this event,” says Moore. “It’s a really big deal to have places like Butchertown Grocery and PLAY in our corner who are both excited to help.”

The R&R Soiree will serve not only as a Derby celebration and fundraiser but also as an important stepping stone toward building the community center. “As we continue on our journey toward erecting an LGBTQ+ community center, we want it to be planned and owned by the community it serves,” says Miller. “We hope that by having an event like Rainbows & Roses, the celebration of and with our community will continue to foster expanded participation and membership in the coalition.”

Tickets to the PLAY portion of the event are $10, and tickets for the VIP experience at Butchertown Grocery are $150. VIP tickets are on sale now and can be purchased at lgbtqlou.com.

While plans for R&R and the community center are still in the early stages, the significance of this event is not lost on its organizers. This is an all-inclusive Derby event, one that celebrates Lousiville’s vibrant LGBTQ community and whose purpose will transcend mere festivities as it leads toward a critical new resource in the community.

“We’re lucky to live in such a progressive city and to have so many people from different industries and socioeconomic backgrounds that support the LGBTQ community,” adds Moore. “So many people in our community never would have imagined that we could ever get married, let alone have a center dedicated to our community’s culture. We hope this event is going to move people’s hearts and bring people together to celebrate this new adventure.”