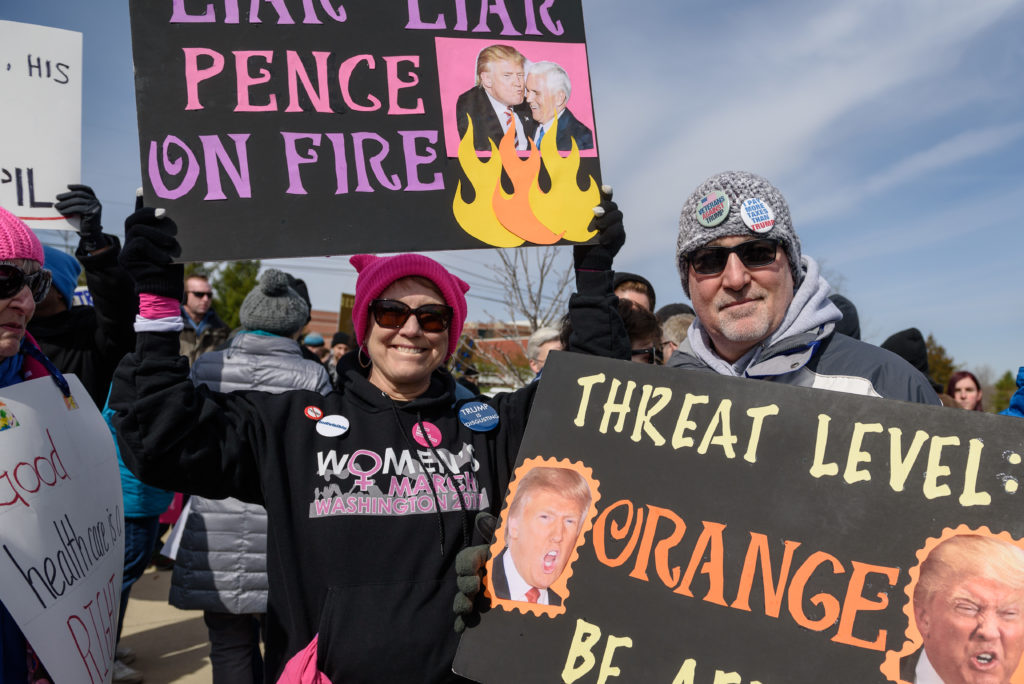 "Fear is my biggest motivator, outrage a second, said Lori Dresner, a member of Indivisible Kentucky, describing her feelings as she and husband David Dresner held their signs. "And in the big picture, a loss of democracy as this authoritarian government makes headway."

[All photos by BRIAN BOHANNON]

Next Monday, President Trump will speak at a rally at Freedom Hall, and area protesters got a warm-up Saturday as they turned out by the hundreds for Vice President Mike Pence’s visit with Gov. Matt Bevin and local business leaders in Jeffersontown. Pence was here to sell the Trump administration’s changes to the Affordable Care Act.

Chanting “This is what democracy looks like,” some 600 protesters brandished homemade signs as the vice president’s limousine and entourage passed by on its way to Trane Parts and Distribution Center, 12850 Plantside Drive, where Pence’s meeting took place.

Indivisible Kentucky’s Save My Care bus provided the backdrop for the rally, which included Kentucky Alliance Against Racism and Oppression, Kentuckians for the Commonwealth, Black Lives Matter, Stand Up Sunday, Jobs for Justice and other members of the Louisville Movement Coalition. They joined to protest for affordable healthcare for all, among other issues.

Democrats for Trump and other Trump supporters were there, too.

“Fear is my biggest motivator, outrage a second … and, in the big picture, a loss of democracy as this authoritarian government makes headway,” said Lori Dresner, a member of Indivisible of Kentucky, as she and husband David Dresner held their signs.

The rally continued outside while the groups waited for Pence to leave, with representatives expressing their concerns while standing on top of a bench in front of the bus. There was a brief confrontation between a few Trump supporters and protesters, and some said they saw a white power sign being flashed at cameras, but the event was nonviolent as participants had pledged at the beginning of the rally.

As Pence’s motorcade was leaving the meeting just before noon, Chris Rowzee of Indivisible Kentucky ran along the quarter-mile protest route on Plantside Drive, rallying the crowd while two Jeffersontown fire trucks drove along, blocking the view of the vice president’s limousine.

Afterward, Sunnye Sherman and Judy Laning commented on the use of the fire trucks. “We’re here to protest anything and everything this administration does, and we think it’s really nice Pence can go back to Washington and tell his boss that he honestly saw no protesters here today, because, J-town fire trucks blocked the view as he was going past all the protesters,” said Sherman. “And who paid for those fire trucks?” asked Laning. 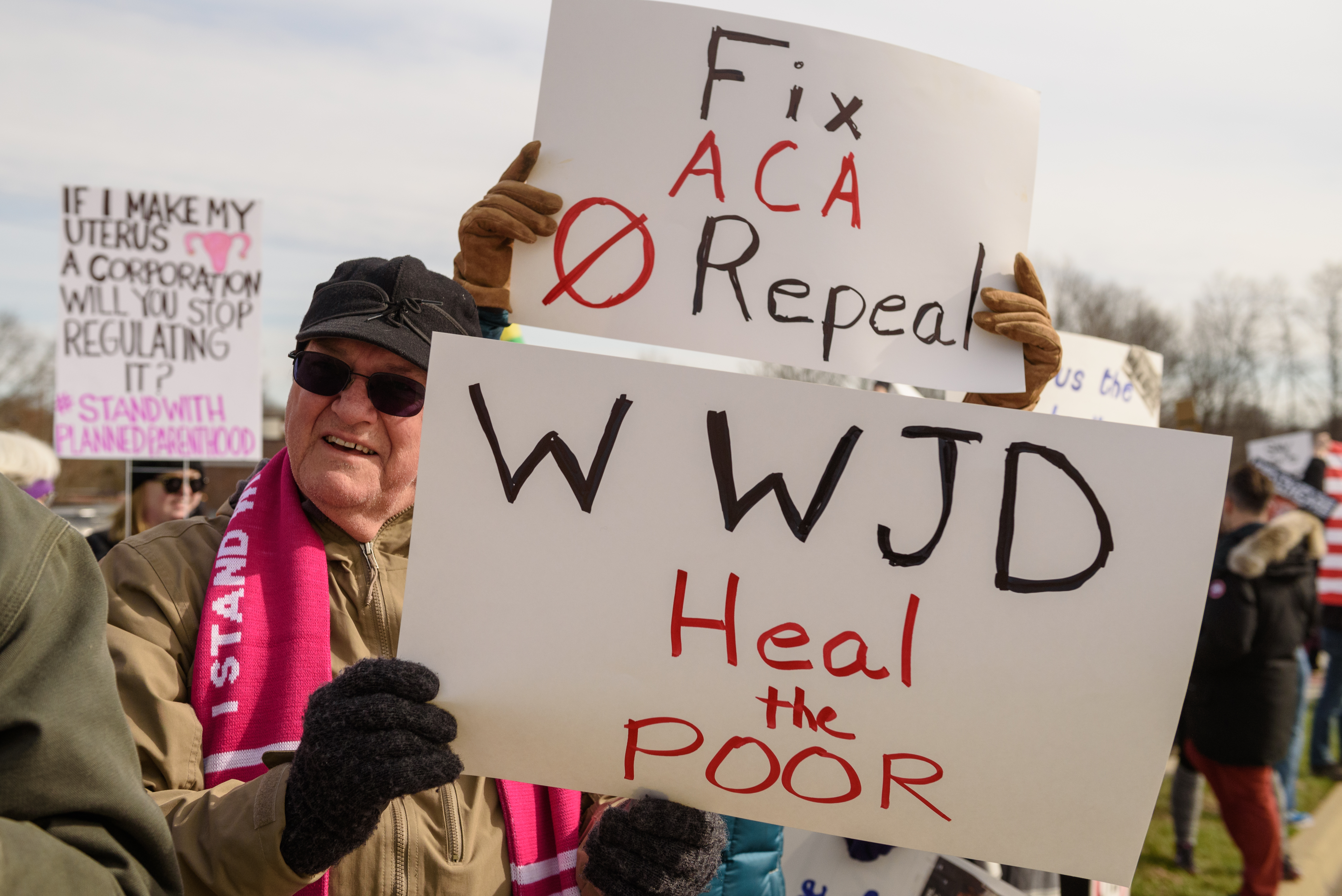