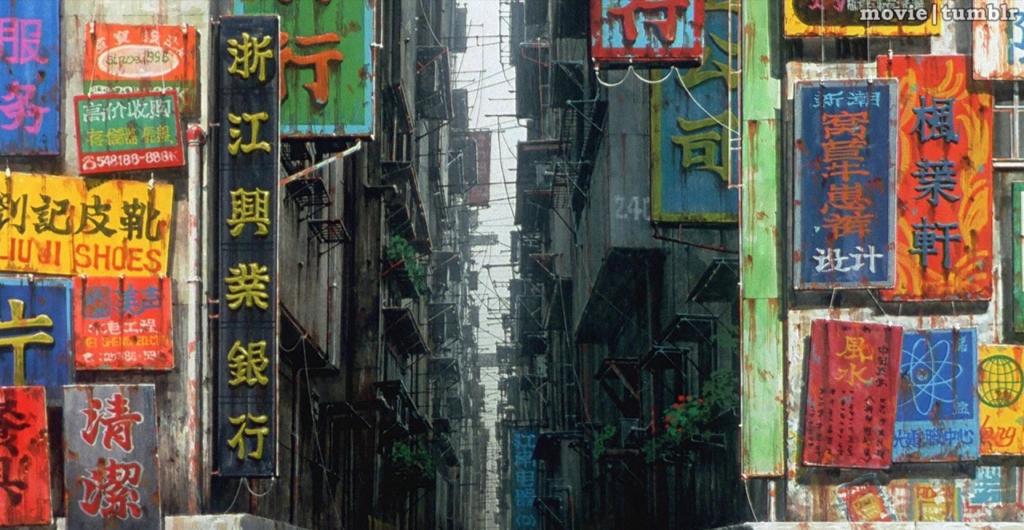 Still from the anime film "Ghost in the Shell SAC"

Benefit Night for Hilltop Tavern
The Silver Dollar
Free  |  5 p.m.-2 a.m.
Hilltop Tavern, one of the best neighborhood bars in town, is undergoing some unforeseen renovations right now. That will be great in the long-term, but in the short-term that means missed paychecks for the Hilltop staff. To help out, Silver Dollar is hosting a benefit night where 10 percent of all sales go to the Hilltop crew, and all proceeds from a $5 raffle also benefit them.

Monday Anime: Super Sci-fi Extravaganza!
Kaiju
Free  |  7-10 p.m.
Instead of binge-watching anime at home, binge-watch it with friends at Kaiju (a Japanese/giant-monster themed bar). The first screening is episodes 1, 2 and 10 of “Ghost In The Shell SAC” at 7:30 p.m., and next is episodes 1, 2 and 6 of “Blook Blockade” at 9 p.m. There will be free popcorn, as long as supplies last, but if you’re looking for something a little more filling, Kaiju’s Xander will have a free dish of Chicken Karaage and Waffles (as long as supplies last).

Protect the Press! Support Trans Students! Indivisible KY’s Rally
Sen. Mitch McConnell’s Office (601 W. Broadway)
Free  |  11:30 a.m.
Join Indivisible KY, a group dedicated to holding “members of Congress accountable to the principles of democracy and to the values of respect, equality and solidarity,” for a rally at U.S. Sen. Mitch McConnell’s Louisville office. The gathering is intended to show support for press freedom and transgender student rights. The rally will take place at 601 W. Broadway at 11:30 a.m., so grab a sign and show your support.

BlackBoxFilmCult presents: The Room
Seidenfaden’s
Free  |  9 p.m.
The infamous “The Room” is practically a what-not-to-do guide on filmmaking by writer, director, producer and actor Tommy Wiseau. The film is a “tragic tale of betrayal presented in such naive bizarreness, it achieves epic levels of hilarity.” Trust me, you want to watch this film, and you will probably need a few beers and a group of friends to process it all.

WFPK Jazz Live
Lola
Free  |  7:30 p.m.
WFPK Jazz Live is a weekly concert series at Lola, with acts “curated by 91.9 WFPK jazz hosts and include a variety of jazz performers, each with their own interpretation of the art form.” This week, the curator is Matt Anthony, and the featured act is Sheryl Rouse singing Billie Holiday, with vinyl sets in between by Anthony.

Rise with Standing Rock March in Louisville
Big Four Bridge
Free  |  10 a.m.
Red Road Awareness, a group dedicated to providing “support through developmental programming and education of Native American issues,” is holding a march in solidarity with Standing Rock Sioux Tribe and the noDAPL movement. This march will coincide with a larger Native Nations march in Washington, D.C., on the same day. It will begin at 10 a.m., cross the Big Four Bridge and back, ending with a prayer under the bridge and a few words by local activists.

Louisville City FC Season Kickoff Party
Baptist Health Eastpoint
Free  |  6-8 p.m.
To gear up for its first game of the season against rivals St. Louis FC on March 25, Louisville City FC is hosting a kickoff party this weekend. This family-friendly party is being hosted by the Club’s partner, Baptist Health Sports Medicine, and will include meet and greets with the players, live music, a mobile gaming truck, foosball and plenty of Louisville City FC prizes.

Artist Tour of The Future is Female: Kathleen McQuade Olliges
21c Museum Hotel
Free  |  5-6 p.m.
“The Future is Female” is an art exhibit that investigates “identity, consumer culture, ecology, history and mythology” through the lens of contemporary feminism. This Friday, you can explore the exhibit with one of the featured artists, Kathleen McQuade Olliges, who will give background and context to her work and the inspirations behind it.