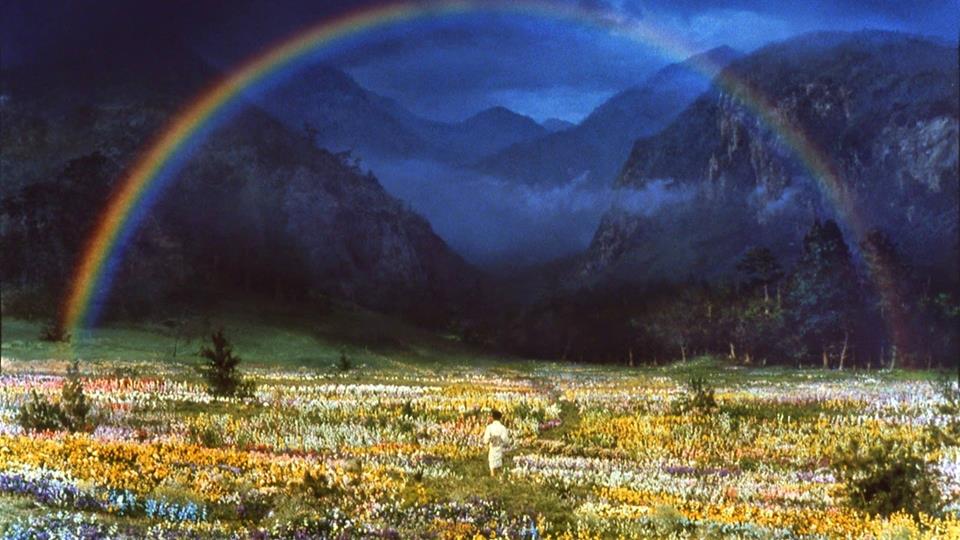 A still from Akira Kurosawa's "Dream."

GameKnights
Kaiju
Free  |  7-11 p.m.
Since it is no fun to play board games by yourself, and playing them with friends while drinking beer and bourbon is so much better, join Kaiju for GameKnights. This weekly event, hosted by Squire, of Book & Music Exchange (Highlands), provides a choice selection of board games for you to learn and play, but feel free to bring your own.

Indivisible Kentucky Weekly Resist Trump Rally
U.S. Sen. Mitch McConnell’s office (601 W. Broadway)
Free  |  11:30 a.m.-12 p.m.
Indivisible Kentucky, which says it holds “members of Congress accountable to the principles of democracy and to the values of respect, equality and solidarity,” has scheduled another weekly rally outside of U.S. Sen. Mitch McConnell’s Louisville office. The rally is to show frustration with the current Republican administration and, this week specifically, “Supreme Court nominee Neil Gorsuch and [the need for] Independent Investigations.”

Cinema International: Akira Kurosawa’s “Dreams”
849 Gallery
Free  |  7-9 p.m.
If you have not heard about Akira Kurosawa, he is one of the greatest directors in the history of film, and any chance to see his films (even if it isn’t his greatest) should be seized upon. Films including “Seven Samurai,” “Hidden Fortress” and “Yojimbo,” have inspired other great directors and even entire genres of film. So you should absolutely join the Kentucky College of Art + Design at Spalding University as they host a Kurosawa’s “Dreams,” a series of eight mythic vignettes “inspired by the beloved director’s own nighttime visions, along with stories from Japanese folklore.”

Scientific Proofs: Hike For Your Lives
Mellow Mushroom (St. Matthews)
Free  |  6:30-8 p.m.
Scientific Proofs, a monthly “gathering for grownups who like to geek out on science,” is back. This month’s topic of discussion is a “local’s guide to snakes.” Gather your nerdy friends for a night of pizza and a general discussion (with an expert in the field) on “everything you need to know about local snakes and what to do if you encounter one in the wild.”

Artist Talk + Reception with Fahamu Pecou and Stephen Flemister (March 30–31)
21c Museum Hotels
Free  |  6-8 p.m.
In collaboration with the Carnegie Center for Art and History, 21c Museum Hotel is hosting public conversation and reception for artists Fahamu Pecou and Stephen Flemister. The artists will speak about their art and the inspirations behind their latest exhibition “#BlackArtMatters.” The exhibit explores the “confluence of Black identity and popular culture.” And on Friday night, Pecou and Flemister will join  Scheherazade Tillet for a panel discussion on “#BlackArtMatters.”

We Still Like You #3: Louisville
Decca
Free  |  8 p.m.
“We Still Like You,” is a show during which “comedians tell real stories of shame and embarrassment to a crowd of friendly folks.” So take a seat in the comfy cellar and enjoy some comedy, cheap bar bites, live art by Tina Giagnoni and, as always at Decca, a $5 dolla holla (a shot of bourbon and a can of beer). Hosts are Chris Vititoe and Mandee McKelvey, and storytellers are Cleveland Jackson, Holly Lynnea, Greg Welsh, Dan Alten and Eric Groovely.

Neighbor, Reflex Machine, Rights For Robots, Bon Air
The Cure Lounge
$5  |  10 p.m.
If the words “sonic sludge tornado,” sound appealing, then this show is for you. Bands include Neighbor, Reflex Machine, Rights For Robots and Bon Air. According to the event page on Facebook, the night should be a “vortex of huge amps, cranked volumes and crushing tones from the best in the Midwest.”