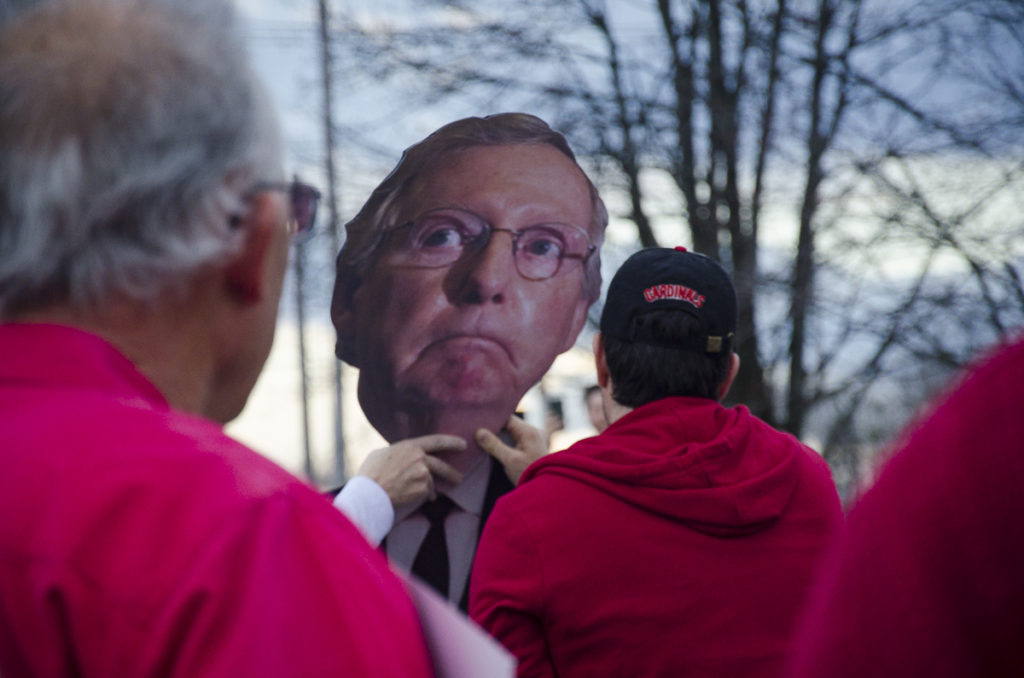 UofL Women’s Basketball NCAA Tournament Selection Show
The Sports and Social Club at Fourth Street Live!
Free  |  6 p.m.
The NCAA men’s basketball bracket has been filled, but the women’s tournament selection is happening this Monday. Join the UofL women’s basketball players as they awaits the announcement of their placement in the tournament, and celebrate with them on when they find out their (hopefully, good) placement in the bracket. Reservations are highly recommended and can be made through Tobi Hammond at [email protected] or call 417-7640.

Benefit Night for the Staff of Hilltop Tavern
Silver Dollar
Donations  |  5 p.m.-2 a.m.
Hilltop Tavern, one of the best neighborhood bars in town, is undergoing unforeseen renovations right now. That will be great in the long-term, but in the short-term, that means missed paychecks for the Hilltop staff. To help out, Silver Dollar is hosting a second round of its benefit night during which 10 percent of all sales go to the Hilltop employees, and all proceeds from a $5 raffle also benefit them.

Resist Trump Tuesday Indivisible Weekly Rally
Sen. Mitch McConnell’s office (601 W Broadway)
Free  |  11:30 a.m.
Indivisible Kentucky, which says it holds “members of Congress accountable to the principles of democracy and to the values of respect, equality and solidarity,” has scheduled its weekly rally outside of U.S. Sen. Mitch McConnell’s Louisville office. The rally is to show frustration with the current Republican administration and, this week specifically, “Trump’s ongoing ties to Russia, the GOP’s ACA replacement, and how the terrorizing of our Muslim and Jewish neighbors is unacceptable.”

Fairness Volunteer Night
Fairness Campaign (2263 Frankfort Ave.)
Free  |  5-8 p.m.
The Fairness Campaign, a group dedicated to achieving “comprehensive civil rights legislation prohibiting discrimination on the basis of sexual orientation and gender identity,” needs your help. Join it for Volunteer Night to help the campaign process supporters’ messages to their legislators. Bring a laptop if you can, but if not, that’s OK too.

Anime Movie Night
Kaiju
Free  |  8 p.m.-12 a.m.
Spice up your Wednesday with some anime goodness at at Kaiju. This Anime Movie night features a screening of “Tokyo Godfathers” at 8 p.m., and “Ghost in The Shell” at 10 p.m. There will be free popcorn, as long as supplies last, and delicious Japanese cuisine from El Lobo Bailando Food Truck.

WFPK Jazz Live
Lola (above Butchertown Grocery)
Free  |  7:30-10:30 p.m.
WFPK Jazz Live is a weekly concert series at Lola, with acts “curated by 91.9 WFPK jazz hosts and include a variety of jazz performers, each with their own interpretation of the art form.” This week, the curator is “Jazz Insights” host Danny O’Bryan, and the featured act is the Mike Tracy Brazilian Ensemble, with vinyl sets in between by DJ Matt Anthony.

WFPK Live Lunch
The Mayor’s Gallery (Fourth floor of Metro Hall)
Free  |  11:30 a.m.-1 p.m.
Enjoy an exciting lunch break at Metro Hall to get you ready for this weekend at WFPK’s latest edition of Live Lunch Series. This time around the featured artists are Otis Junior and Dr. Dundiff, who have “a unique take on neo-soul/hip-hop,” that “delivers an original soul rock sound with elements of jazz and hip-hop.”