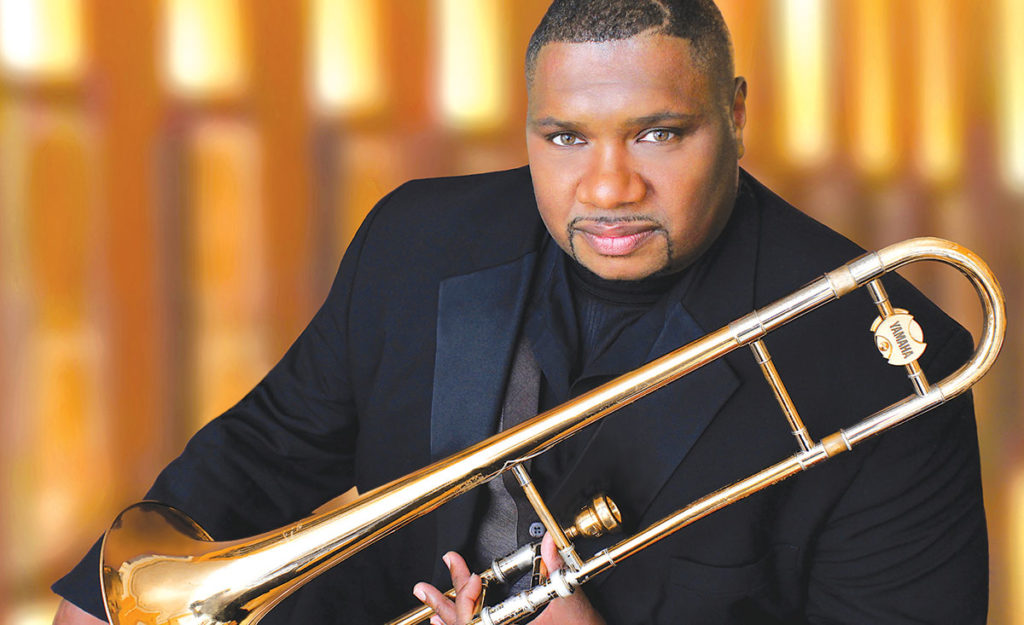 Trombone takes the lead this Saturday at the University of Louisville Jazz Fest, with a performance from Wycliffe Gordon (he’ll also teach a master class). A son of the classical jazz era, Gordon enjoyed an extensive run with Wynton Marsalis before going on to become a bandleader. LEO spoke with the Augusta, Georgia, native (and current Lexington transplant) about his upcoming concert in town and the transformation of jazz during one of its most trying times, the 1990s.

LEO: How long have you been teaching jazz?
Gordon: I’ve been formally teaching at universities since 2000. But I started doing master classes back in the early ‘90s after college, once I started playing with Wynton Marsalis.

What sort of experience do you want your students to have?
One where they further develop their interest in jazz and improvisation. And just have a general love and appreciation for music. This camp — we’re particularly dealing with jazz — but we just want to use the music to teach them that music is life-changing — it can be a great thing to stay in, and to participate in the arts.

What was it like playing jazz in the ‘90s … was it weird?
It was interesting. I was in [Marsalis’ band] — first of all, one of the best bands you could possibly be in. The level of musicianship and consciousness about what we were doing was just high. It was a high power just to get to and then to maintain. So, it was difficult for me to go on the road in America and notice that there weren’t very many African-Americans, ever, at our concerts. And that, just in general, America as a whole didn’t appreciate jazz as much as they do now. Over the years, it’s changed, especially with the implementation of jazz studies programs and some of the educational institutions. I think that has helped.