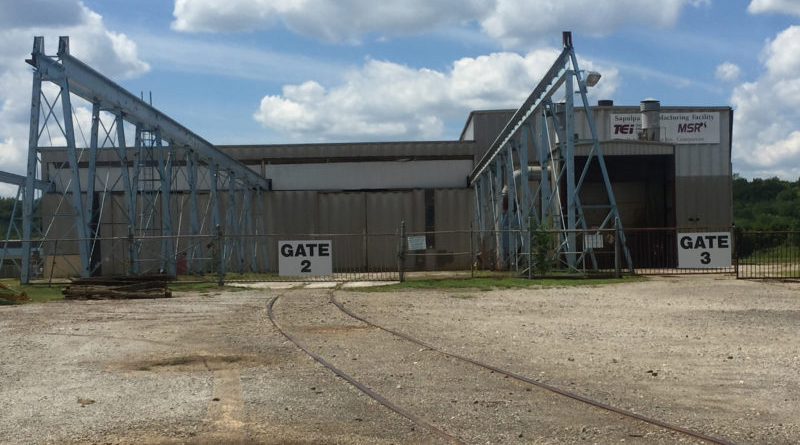 This article was produced by the Kentucky Center for Investigative Reporting, a nonprofit newsroom from Louisville Public Media. Read more at kycir.org. This story is a follow-up to an article by the same author, who reported in October of 2016 that The University of Louisville Foundation bought an empty Factory in Oklahoma to help out a donor.

A foundation attorney told the Kentucky for Investigative Reporting last year that the nonprofit foundation was engaging an outside firm to independently review its purchase of a vacant factory in Sapulpa, Oklahoma.

The move followed a KyCIR investigation that revealed the foundation bought into the factory 666 miles from campus at a donor’s request, citing the potential for a multi-million dollar benefit if it sold. The foundation waited more than two years for a buyer, but ultimately canceled the arrangement after inquiries from KyCIR.

David Saffer, an attorney who represents the foundation in real estate transactions, had refused to answer questions until the independent review was complete.

“The Foundation did consider the idea of having a review of the Sapulpa transaction conducted. After discussing the idea in greater detail and reviewing the due diligence that went into structuring the transaction on the front end, representatives of the Foundation ultimately determined not to pursue the review,” Saffer said in an email.

He declined to say who made the decision, referring additional questions to the interim executive director Keith Sherman.

Sherman, who took over in December, said the transaction was over before he started and he doesn’t know much about it — but he said it brought no financial harm to the school.

“As such, we consider the matter closed and we’re looking forward, continuing to grow stakeholder confidence and the endowment value,” Sherman said.

The transaction will likely be reviewed anyway, as part of a forensic audit of the foundation’s finances now underway.

Diane Medley, a UofL trustee and chair of the UofL Foundation board, said auditors are looking at every transaction exceeding a certain threshold.

“The forensic auditors are looking at best practices, and they will make recommendations to us as to whether we should enter into transactions like that,” Medley said.

Under a 2014 agreement, the foundation went into $3.47 million debt to a company owned by Henry Heuser, Jr. in exchange for a 99 percent ownership stake of the factory. If the factory sold, the foundation would repay the debt from the sale proceeds and keep the remaining funds.

University staffers described the foundation’s investment in an Oklahoma factory as a gift attempt that didn’t pan out, but experts questioned whether it was engineered to give tax advantages to Heuser.

Ultimately, the transaction was cancelled and unwound the day after a reporter visited Sapulpa, without the foundation ever making a penny.

Heuser declined to comment through his attorney, Ted King.

“There is nothing to add at this time except to reiterate that Mr. Heuser is still committed to supporting scholarships for the University of Louisville, as he has done for many years,” King said.

The property is still unsold, although GasTech Engineering moved into the plant from nearby Tulsa last month. CFO Randy Nelson said they’re leasing, with an option to buy.

Disclosures: In 2015, the University of Louisville, which for years has donated to Louisville Public Media, earmarked $3,000 to KyCIR as part of a larger LPM donation. University board member Sandra Frazier and former member Stephen Campbell have donated.