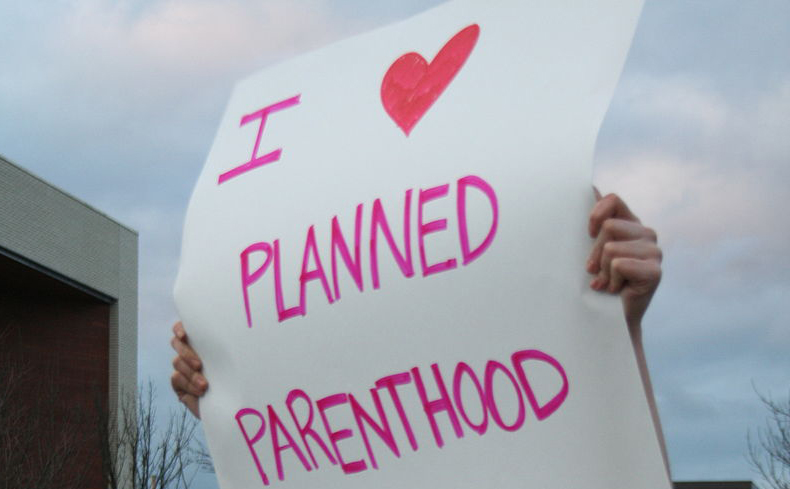 Aping Republicans in Washington, Gov. Matt Bevin and his GOP echo-chamber state legislature have worked to crush Planned Parenthood and deny legal abortions. Louisville’s clinic is the state’s last. Now, a bill filed in the reconvened legislature would cut public money for anyone, or their affiliates, who offer abortion services. Hospitals, medical schools and universities would be exempted, but critics say it would have far-reaching impacts, including for anyone who counsels women. Rep. Stan Lee, R-Lexington, told The Courier-Journal, his bill is “directed at essentially defunding Planned Parenthood.”

To donate to Planned Parenthood of Indiana and Kentucky, search online, or mail a check to: PPINK, P.O Box 397, Indianapolis, IN 46206.

My first encounter with Planned Parenthood was as a 16-year-old. I was not yet sexually active, but I had my first boyfriend, and we were moving in that direction. Ever responsible, I walked eight blocks to the now-closed clinic in Muncie, Indiana, hilariously located on Cherry Street. It was my first gynecological exam. It was also the first time a care provider had ever asked me about history of sexual abuse.

The intake was standard. I was educated about the pros and cons of various forms of birth control. I was counseled about protecting myself against sexually transmitted infections and screened for past and present abuse. The exam was medically unremarkable, but the nurse practitioner approached the encounter with reverence.

She showed me the instruments she would use and explained their purpose. She talked me through the entire process as she worked, and when I started to panic, she helped me breathe and focus on relaxing the muscles necessary to allow for the exam. Afterward, she counseled me on respecting my body and what it meant to be ready to have sex. She urged me to take some time to consider what I wanted to do, what felt right to me, and to practice talking candidly about sex with my boyfriend before we progressed any further. This was more than a medical examination. It was a rite of passage.

In college, I continued to receive care from Planned Parenthood, this time in Bloomington, Indiana. I began dating the man I would later marry. During an annual exam, I mentioned to the nurse practitioner that I found sex painful. She assured me there was nothing physically wrong, and like her colleague 100 miles away and two years prior, she urged me to honor my body and to consider what I liked and truly wanted. And then, very gently, she noted that sometimes women with a history of sexual abuse manifest symptoms of trauma quietly within their bodies and, perhaps, I would benefit from talking about my feelings with a therapist. She gave me a number to call.

I wasn’t ready to make that call. Instead, I married my boyfriend, and we moved to Michigan so that I could attend graduate school. Halfway through completing my degree, I got pregnant. Freaked out entirely, I sprinted to Planned Parenthood to discuss my options. The counselor there urged me again to consider what I wanted, what felt right to me. I chose to parent, and the clinic referred me to the midwife practice that would deliver my perfect baby girl.

Life went on. I finished my degree, moved to Louisville, and had another perfect baby girl. My marriage ended. I got my tubes tied. Though I still supported Planned Parenthood politically and financially, I never expected to need its services again. In my mind, Planned Parenthood was for young women, not me.

And then came the day I discovered that a man I had been involved with for three years had been having unprotected sex with multiple other women. I developed a rash all over my body that didn’t respond to treatment. I woke up every night feeling like I was on fire. I called my mom. She said those three little words every woman longs to hear when confiding to their mother about a possible STI: Sounds like scabies.

I was able to get an appointment at Planned Parenthood the very next morning. I was tired and angry, very sad and ashamed, but I wasn’t able to express any of that. I matter of factly answered the intake specialist’s questions about sexual history, symptoms and partners. When she asked about current sources of stress, I said simply that I’m a single mother and life is not easy.

“And you just went through a breakup. That’s important.”

I cried. Hard. I hadn’t yet acknowledged the emotional impact of the events that led to that appointment. I hadn’t let myself consider what it meant for me as a survivor of sexual abuse and assault to be betrayed sexually by someone I trusted.

The exam revealed I had a chronic skin condition worsened by stress. Though slightly disappointed to learn my former partner wasn’t also burning alive in his sleep, I was relieved to hear I had nothing contagious. I left with referrals to a dermatologist and a psychologist. Once again, Planned Parenthood not only provided compassionate, trauma-informed reproductive health care, it also acted as a point of access to other medical services.

Planned Parenthood serves women (and men!) across life’s course, providing both routine exams and crisis care. I am but one example. Their commitment to supporting the vulnerable makes us all stronger. Politicians who claim to prioritize public health while simultaneously cutting funding to Planned Parenthood demonstrate they understand neither.