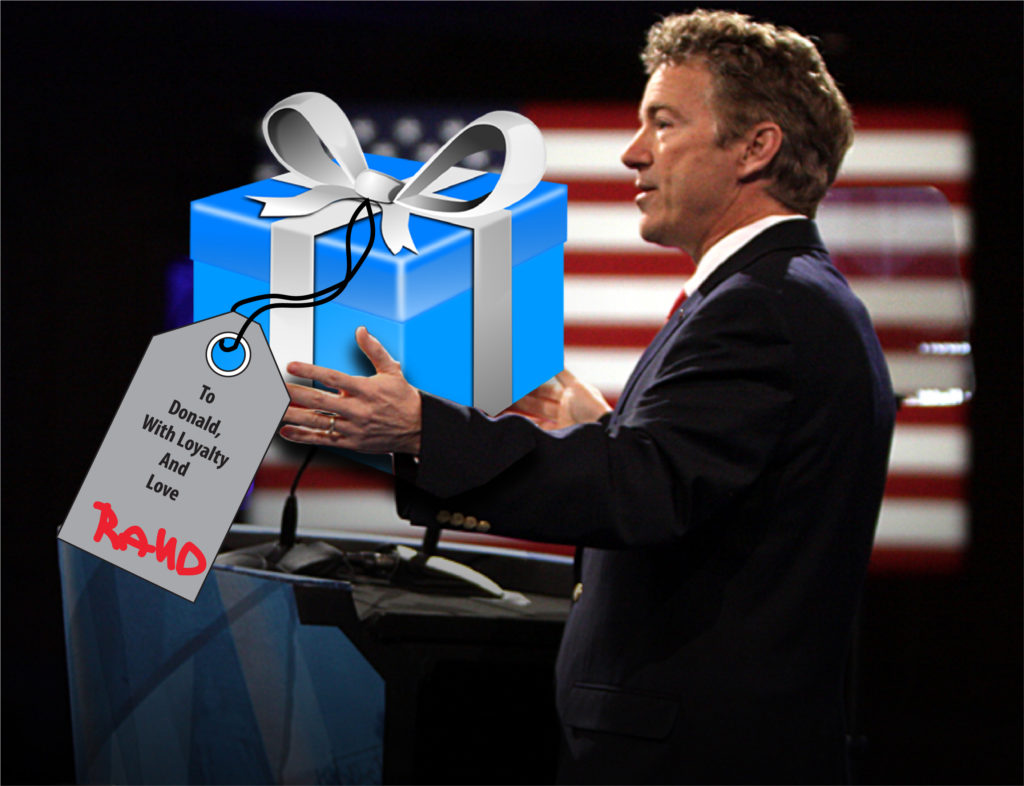 Kentucky Sen. Rand Paul yesterday exposed his true allegiance on a CNN radio show — for all his efforts to bandwagon-hop from Libertarian to Tea Party conservative over the years, he revealed that he’s ultimately just another Republican Party pawn.

When commenting on the prospect of Senate investigations into disgraced National Security Advisor Michael Flynn’s relations with Russia, Party-First Paul said, “I just don’t think it’s useful to be doing investigation after investigation, particularly of your own party.”

For a self-certified ophthalmologist, Paul doesn’t seem to have any problem blindly following the party line.

But he wasn’t finished: “We’ll never even get started with doing the things we need to do, like repealing Obamacare, if we’re spending our whole time having Republicans investigate Republicans. I think it makes no sense.”

Two remarkable messages implicit in this statement, even beyond the Party-first-America-second partisanship: Paul is saying that the Republican agenda is more important than the integrity of the presidency. Second, it’s a pretty harsh indictment of Republicans’ incompetency that they can’t do their jobs as legislators while also investigating the executive branch.

In fact, both are your job!

A final example of Paul’s willful ignorance: “And unless there’s some kind of other evidence of malfeasance, this sounds like something that was internal White House politics and it looks like the President’s handled it.”

Senator, where do you think more evidence comes from? It’s not from a stork. It doesn’t grow on the evidence tree. This feels like a conversation with Joe Pesci from the movie “My Cousin Vinny”… “Are these magic grits? Did you buy them from the same guy who sold Jack his beanstalk beans?”

In fact, it is the job of the Senate to hold the executive branch accountable. Only Congress will be able to do an investigation and search in places where the media can’t go. It is that kind of investigation that will reveal further evidence… or no evidence, in which case we can finally put the Trump-Russia controversy behind us.

Let’s go Senate Republicans. Time to do your job. And who knows, maybe people will forget that your promise to repeal and replace was just your latest renege.