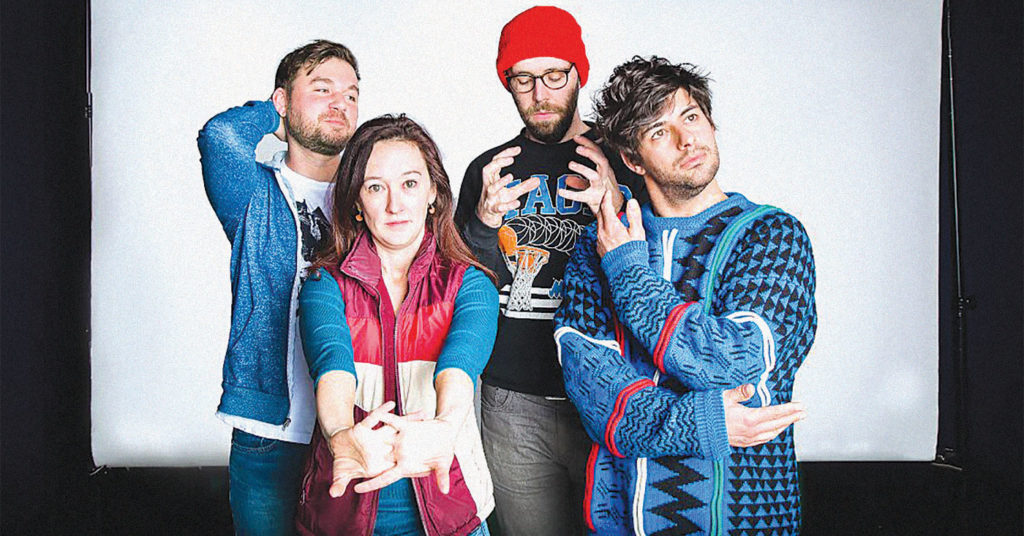 Maximón’s debut full-length, If Yes Do, is an ambient, winding dream-pop collection of hazy layers and jagged leads that still manages to build and fall in a dramatic and compelling way. Back in 2015, “Flame” (which is not on this record) and “Feels Like I’m Falling” (which is) were the first songs Maximón released. Before that, they were a band called Go Mordecai!, releasing an EP in 2011. When Go Mordecai! morphed into Maximón — making some changes to the rhythm section — there was leftover material from the first iteration, which they tried to record, but they never released anything due to the old songs not settling comfortably with the new members. Prior to their record release show at Haymarket this weekend, where they will be selling the album on USB, we spoke with singer-songwriter Zach Driscoll about the new record, covering Roy Orbison and how Maximón has evolved.

On recording an album, deciding to not release it, and then moving on to the material that became If Yes Do.
“We kind of had a whole record done, but we got the new lineup, and it was pretty obvious that everyone was… kind of wearing a costume when we were playing the old songs. But, any time we played new songs, suddenly everything had vibrancy and electricity to it, and it was like, ‘OK, this feels a lot better. Maybe we should just record a new album.’ A lot of [the songs from the album that was scrapped] will be bonus content on the USB drive.”

On the writing and recording process.
“We started recording about two years ago. The writing process was a little strange, because it takes me a while to write a song, and sometimes it goes through 20 iterations. Sometimes, not. We wrote and recorded ‘Feels Like I’m Falling’ in two or three hours. Some of the songs that are on this are as old as 2011.”

On how the band has changed.
“People are constantly changing, so you can’t help but do that as a musician and as a band — it’s just organic. If anything, it’s gotten a little tighter, and some of the elements of our live show, where there is a lot of playfulness and off-the-cuff attitude has come into the songs.”

On covering the Roy Orbison song “Running Scared” on the album.
“I did a demo of that probably two and a half years ago. I was listening to a lot of Roy Orbison at the time. I still am, but, in that time period, it was just on repeat. Two separate people told me my voice sounded like Roy Orbison, and [at that time I had only] listened to his hits. I’d heard ‘Pretty Woman’ and ‘Running Scared’ — which is the song that we covered — but then I started to listen to him [more], and it’s just such incredible music, even still today, but specifically for the time period. What he did was so crazy. These songs were composed where they never stopped building until the end. They just resonate so much wider than the two and a half minute pop song.” •