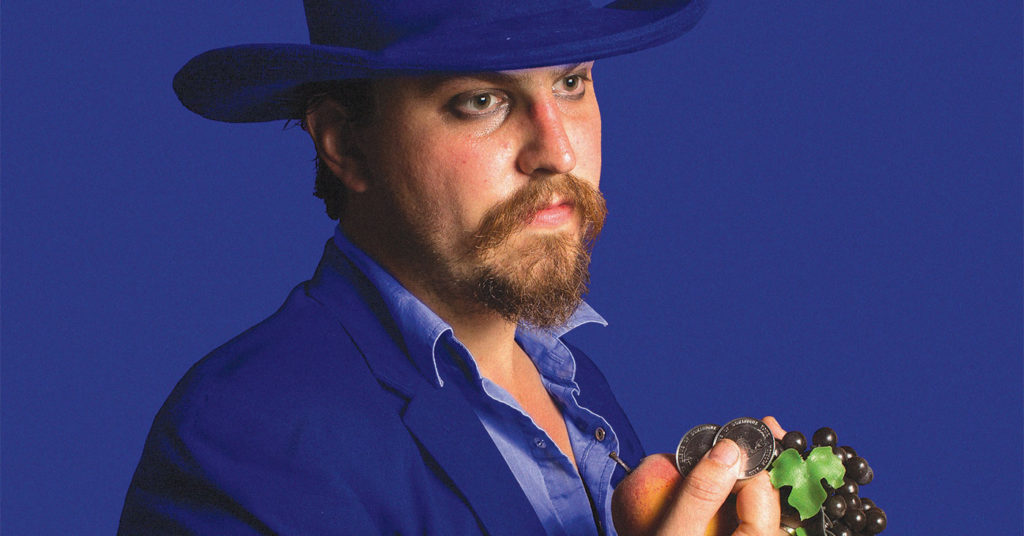 Evan Patterson began Jaye Jayle, a plodding, indie-blues outfit that favors stark textures and minimalism, during trips to visit an ex-flame in New Mexico. With the help of a broken guitar, and inspired by the solitude and beauty of a land of enchantment, Patterson brought his vision to life — a sound that seems to be pulled straight from the mind of “Blood Meridian” author Cormac McCarthy.

“The whole idea of the band, the Jaye Jayle name, was a tribute to country singers and blues singers and artists that have names that sound great,” Patterson said. “I decided to write a song that day. Just guitar and singing. I’d write a song a day and record it on my phone. A lot of those songs were from our travels or being in New Mexico, which is a truly beautiful place. It predates anything I’ve been around. The oldest church in the country is there.”

Those songs that he recorded on his phone were released as a series of singles. Taking the project a step further, Patterson assembled a band, including Jonathan Glen Wood and Todd Cook (formerly of Old Baby), Neil Argabright (Freakwater) and Corey Smith — some of the most versatile musicians in town. They released House Cricks and Other Excuses to Get Out in the fall of last year.

It was during those sessions that Patterson and company recorded their newest batch of songs for Time Between Us, a split with Emma Ruth Rundle, which will be released on Friday, Feb. 24. Each of the three songs on the split is, in and of itself, an individual experiment, filtered through stream-of-conscious lyricism and a host of effects that enrich the sound.

“The compositions, the drum beats, and the structures, are a lot of things that I can’t even play,” Patterson said. “I can hum and suggest things that happen. The collaboration has other suggestions. I’ve got some ideas. Let’s get together and put together those ideas, which are very open to interpretation.”

The songs are a collection of loose ends, holdovers reworked for a new sonic era. “Unnecessarily” is an improvised ramble, awash in a sea of mumbled syllables. The album’s closer, “Hope Faith County,” is a reworking of an older song. “About Time You Came To Me” deals with love and loss.

“‘About Time You Came To Me’ is a song that is about literally being in Louisville, and the partner who I was with at the time, not being there and wanting to do this long-distance thing,” Patterson said. “I do think that there is a lot of beautiful things that happen with the passion of commitment to stay together, but not be together. You learn a lot.”

Coming up in the punk and hardcore scene of rural Elizabethtown, Kentucky, Patterson worked hard to rise above the button-down conservative leanings of where he was raised. Moving to Louisville at an early age, he became addicted to the guitar (see: “The Guitar” by Young Widows), performing with bands including A National Acrobat, Breather Resist and Black Widows before forming Young Widows in 2006. Never one to settle, Patterson came to work with collaborator Jonathan Glen Wood on the project Old Baby, a haunted and heavy indie/country mash up that ended in 2014.

“After that Of Youth and Lightness album, there were a lot of things I wanted to express that were not sonically as harsh,” Patterson said.

Recently, Patterson and the band found their new home on Sargent Records, which suggested the split release between Jayle Jayle and Emma Ruth Rundle. He was excited at working with Rundle, a longtime acquaintance.

“I had a really strong connection with her when I met her, just through personalities, and the experience of traveling and being out of town,” he said. “So, it absolutely made sense that we were going to make this record together. We’re going to tour Europe together and be her band. We’re going to have a really good time in Europe that will probably be unique to both of our sets.”

That openness for exploration has manifested itself as a wanderlust, not just to take his art into the world, but to explore the music in doing so. For Patterson, it’s about letting each moment live. He has cultivated a space that allows him the opportunity to explore new sonic worlds and to expand on older material, as well.