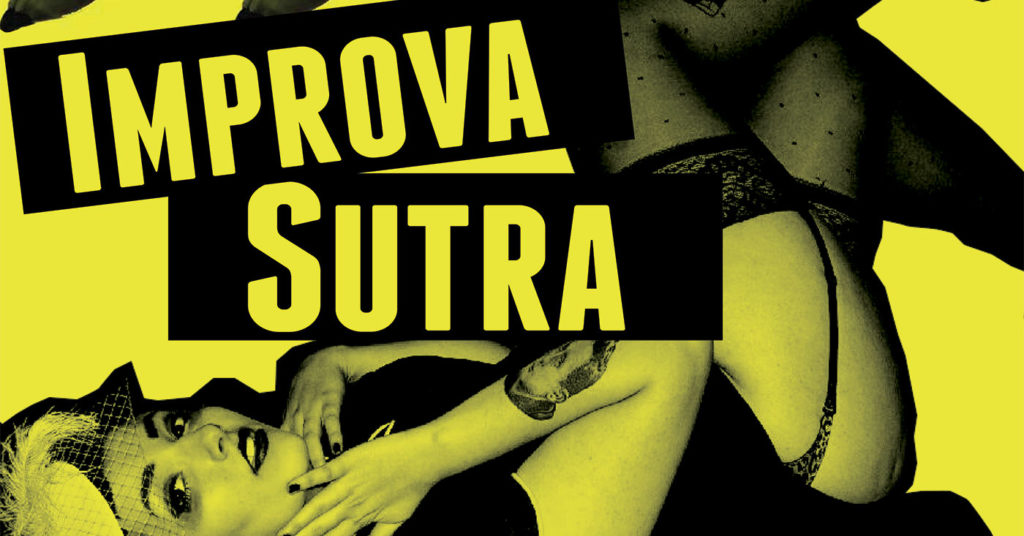 We all know that Valentine’s Day was Tuesday, but that doesn’t mean that the season of romance, sex and naughty encounters is behind us. This weekend, Project Improv and The Kentucky Burlesque Society partner up once again to debut their fourth-annual “Improva-Sutra” show at The Bard’s Town. It’s neither a full-on comedy show, nor is it a full-on burlesque show — it’s just an R-rated hybrid that exists in the ether between both mediums. They somehow manage to combine narrative storytelling, improvisational theater and, of course, burlesque strip teases into a single, coherent performance. Every year, “Improva-Sutra” is a new show that revolves around the same fictional burlesque club Sexy Time Variety Fun Show Club (and Grill). It’s like “Cheers,” but sexier. The club’s staff consists of various offbeat characters who get carried from one year’s show to the next. But don’t worry, all of the action will be improvisations based on crowd suggestion and interactions. It is, unquestionably, an unconventional format for most improv shows, but that might be why every performance has sold out in the last two years. Two cast members from Project Improv, Charity Murphy and Matt Schaaf, took a few minutes to talk with us about improv, sex and a whole lot more.

LEO: How did this marriage between improvisational and burlesque theater happen?

Charity Murphy: Well, I went to a burlesque show, and I loved it. But there was some comedy interspersed, and that part was terrible. So it got me thinking: What if we put on a show and incorporated highly produced comedy, but with improv. Not to mention, improv and burlesque go together really well, because they’re both interactive forms of art. They both require the audience to get in on the show.

Matt Schaaf: We collaborate with the dancers in some of the transitions. We don’t want it to be jarring for the crowd to go back and forth from stripteases to improvisational comedy all night. And we have set it up over the years to be this running narrative. The audience is in this club, Sexy Time Variety Fun Show Club (and Grill). And we have these characters that have been brought in over the years, and we rely on them for the humor. But the dancers are as much a part of what happens each night as we are.

Is it strange not being beholden to the more familiar construct of an improv show?

CM: This is our fourth time doing this, so we’ve really polished the process of doing it. Obviously it’s still improv, so we’ll be taking suggestions from the audience throughout, but we’ve also got some improv games that we invented specifically for this show.

MS: This show is almost like an improvised sitcom. We get to bring improv into a more structured piece where the audience can have a real immersive experience.

Love and sex are common themes with these shows. Do you ever sense the audience being out of its comfort zone?

CM: People love the theme! Some of the suggestions we get are so out there, we couldn’t have come up with them in a million years. Also, being that it’s a burlesque show and the dancers are actively taking their clothes off, it kind of sets a tone. It puts people a little more at ease with the topic before we even take the stage.

MS: We’re focused on the sex part of it, but we, as a group, try to play it more realistic, not raunchy. And don’t get me wrong, there is some crazy shit that goes down on stage, we just want to make sure the audience is comfortable with it, too.

As a performer, is it hard knowing that half this crowd might not be your audience, per se?

CM: I love it. I can always tell from the stage exactly who just came to see the dancers. And by the end, I’m always gratified by how much they end up enjoying improv.

Is a show’s focus on humor, love and sex — three of the things that unite all people — more timely now with everything going on in society today?

CM: Absolutely. There are a few political jokes at the top of the show. There has to be. It’s like the elephant in the room everywhere now, especially when it comes to comedy. Also, I think people need to get out and have fun. They need to make connections with people and remember that intimacy is something that never changes, no matter what’s going on in the world.