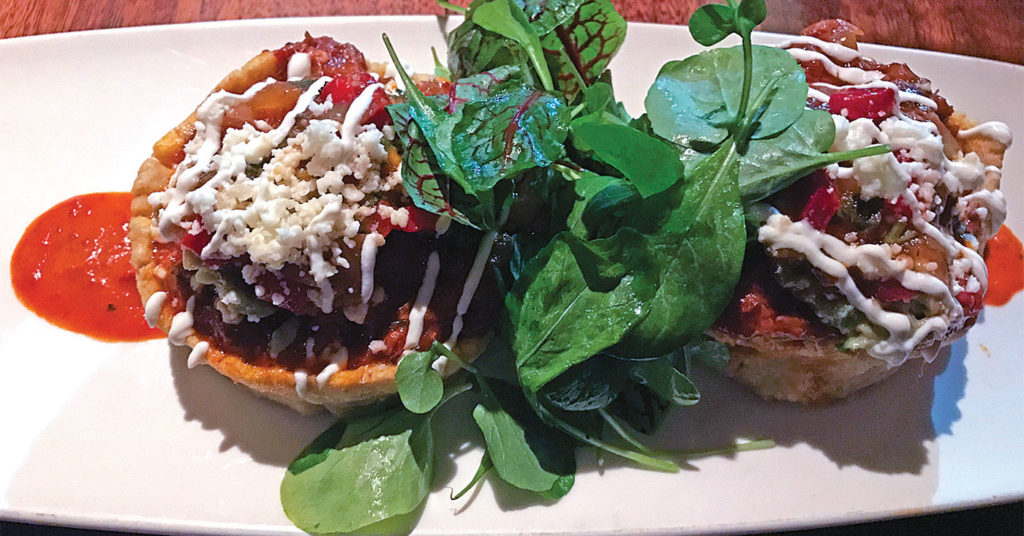 Here’s a memorable twist on an immigrant story: Havana-born Fernando Martinez didn’t make it to America on his first try. In the mid-1990s, he and his mother and a few friends tried to make their way from their native Cuba to the U.S. in a hand-built raft.

The Coast Guard sent them home, but they made their way back — with papers, this time — and, eventually, found their way to Louisville. With his Venezuela-born wife, Cristina, and his brother, Yaniel, they introduced Louisville to the joys of Cuban food with Havana Rumba in 2004, soon followed by the equally popular Mojito Tapas Restaurant.

But wanderlust called, and in 2009 they sold the restaurants to their partners and traveled around Latin America and Miami for a few years before coming back to Louisville -— third time’s a charm — in 2012.

This month, I am joining with a group of Louisville food writers who have committed to celebrating some of the immigrant chefs and restaurateurs who bring us so much culinary joy. So it seemed right for me to return to Guaca Mole for dinner.

Forget your mental images of stereotypical Mexican eateries with sombreros and serapes on the walls. Guaca Mole’s decor is colorful and fun, with bold Mexican-food colors of tangerine, avocado, red salsa and mustard, and decorated with authentic Mexican pottery.

Guaca Mole’s dinner menu offers “Chefs Fernando and Yaniel Martinez’s own spin on authentic Mexican food,” according to Guaca Mole’s social media. I can’t quibble with that: The flavors are authentic, and the food is colorful, displayed with the fancy plating you’d expect at an upscale eatery. Pricing runs above that at your corner taqueria, too, but it’s more than fair, with about two dozen entrées (sorted into guacs and moles, of course, plus sopes, de la taqueria, enchiladas, especialidades Mexicanas, ceviche and burritos). They’re mostly priced in the teens, topping out at $19.25 for salmon pilbil, pan-roasted Scottish salmon with achiote marinade and a tasty fusion of Mexican and Cuban flavors.

About a dozen appetizers, soups and salads all come in under $10. A shorter, but still varied, lunch menu offers mains mostly from $10.75 to $12.75, with a fancy platter of three guacamole styles topping the bill of fare at $15.75.

There’s a thoughtful drinks program, made up largely of Latin-American cocktails, Mexican beers, and Spanish and South American wines. A $6 michelada caught my eye, the savory don’t-knock-it-if-you-haven’t-tried-it Mexican take on a Bloody Mary fashioned with Tecate beer replacing the traditional vodka. Mary was happy with an old-school Mexican Carta Blanca beer ($5).

An order of eponymous guacamole ($8.75), served in a traditional molcajete, a black-stone mortar, was generously portioned and serviceable, a traditional coarse mash of ripe avocado accented with tomatoes, cilantro, a little jalapeño for a spicy kick, and a dash of lime juice. The accompanying fresh, crisp cilantro chips (and more in “bottomless” bowls alongside, served very well for dipping.)

One of my favorite Martinez side dishes, available at many of their eateries, including the not-so-Hispanic Red Barn Kitchen, is Elotes Callejeros ($6.75), a Mexico City street-food delicacy consisting of two short lengths of corn on the cob, slathered with mayo and Piquín chiles, grilled crunchy golden brown and finished with gently funky Cotija cheese.

An order of short-rib sopes ($9.50) was colorful and attractive, if not our favorite of the evening. Two sopes — small bowl-shaped vessels made of masa, similar to open-face tamales, were loaded with shredded Black Angus short-rib meat and topped with tomatoes, slathered with guacamole, mild, Mexican fresco cheese, stripes of crema, and a spicy red chipotle demiglace, all garnished with a pretty, well-curated bouquet of fancy lettuces. The good news is that there was a lot of flavor here. The sad news is that the symphony orchestra drowned out the soloist; we weren’t sure, until we examined the leftovers, whether the meat had been short ribs or pork carnitas. It was good, though, and was further redeemed by a high-quality side of refried black beans and white rice, perfectly cooked and artfully placed in ying-yang fashion in a small bowl.

Tamales vegetarianos ($15.75) hit the spot, a colorful display that tasted as good as it looked. Three small masa tamales filled with finely chopped carrots and other veggies were placed on an open corn husk and dressed with thin-sliced grilled green and yellow squash, mushrooms, onions, roasted cherry tomatoes, and generous dabs of mild goat cheese and sweet huitlacoche sauce, striped with crema and garnished with fried plantains.

For a dessert to taste really can’t-stop-eating good after a filling meal is no mean achievement, and key lime cheesecake ($9) passed that test, from the creamy, pale-green lime filling to the tempting scoop of coconut ice cream and tiny, crunchy balls of chocolate gently placed on top.

Dinner for two came to a very fair $55.12, with a $15 tip for our careful and friendly server, Maricela.