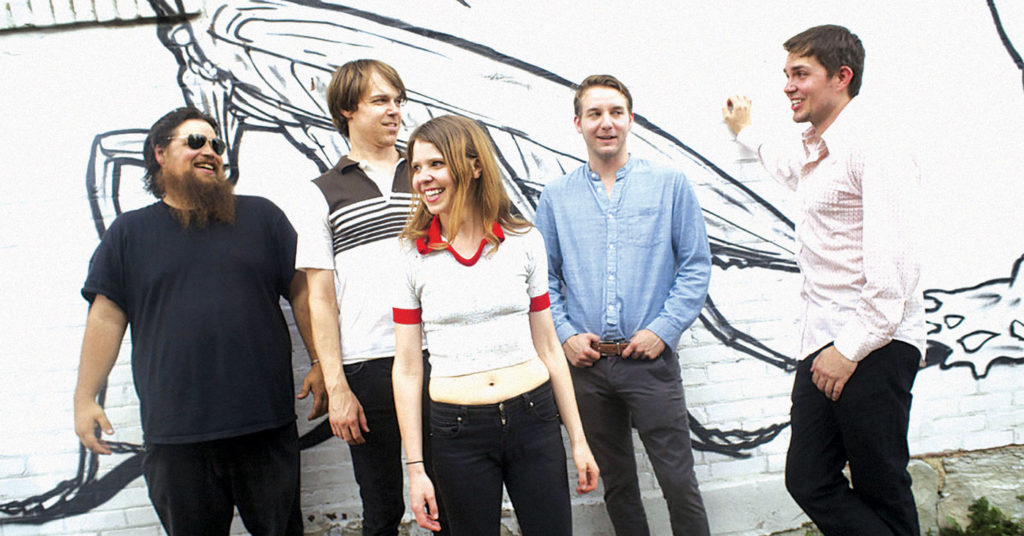 At first listen, you might never guess that Frederick the Younger is barely the sophomore stage of singer and keyboardist Jenni Cochran’s career. After moving to Louisville in 2011, Cochran caught the band Dr. Vitamin live — the vehicle for her now-longtime-collaborator Aaron Craker. Approaching Craker at the end of a set one night, the two hit it off, with Cochran joining the band soon thereafter. They’ve worked together ever since, morphing into Frederick the Younger after the breakup of Dr. Vitamin. Through their time together, the two have developed a shared musical vocabulary that serves as the backbone of the band. When speaking about their upcoming debut full-length, Human Child, Cochran has an infectious earnestness and zeal.

“A lot of this record is upbeat,” she said. “That was a conscious decision, as well. I guess what we say now is feisty sunshine rock. Feisty, because the way that I sang some of the songs is very sassy sounding. Sunshine, because it’s upbeat.”

Beyond the upbeat, indie-pop chord progressions, one of the biggest changes on Human Child for Frederick The Younger — at least on the songs that Cochran wrote — was that she worked on opening up new perspectives, moving from lyrics that revolved around personal experience toward a more character-based approach.

“How I naturally write is in the first person,” Cochran said. “I tend to write personal lyrics. I made a choice to move from that to more narrative stuff. Almost all the songs that I wrote from this record are all made-up narratives. I think that my inspiration is usually one line that I stick to and I’ll just base the narrative off that.”

Music is an everyday part of life. Craker and Cochran spend most of their time together, working on music at any possible turn, coming up with general ideas and themes before bringing it to the rest of the band, although it’s certainly a democratic process from there.

“We really trust each other with that,” Cochran said. “It’s great to be open to everyone’s ideas. Always something greater comes from collaboration.”

For Human Child, Cochran and company have streamlined that process even more. Rather than rushing through any song to get it out into the world, the band spent time fine-tuning each track to its pinnacle, an attention to detail that speaks not only to dedication, but to time: It’s much easier to stick with something simpler and move on.

“It is very hard to play and experiment when you’re under a time crunch. It’s very hard to be relaxed. We actually went in and recorded our songs, and then left, and thought we played it safe. We scheduled more time to shake it up a little bit,” Cochran said about the recording process, which took place at La La Land. “But it’s hard to balance how much play you can do in the studio when you’re on a limited budget. For us, our big limitation is strings. We love lots of strings. If we had money, we’d put strings on a lot of our songs.”

That restlessness is certainly apparent on Human Child, a record that deals with innocence and aging.

Cochran prefers to keep the band’s music ambiguous. While she had a specific objective in mind for writing, she was quick to point out that part of the fun of creating music is hearing how other people receive your work.

“I love it to be open-ended,” she said. “I don’t hold an objective truth in my songs. The truth that was there when I wrote a song ten years ago — maybe I wrote it when I was really depressed — but now I look back on it with a sense of nostalgia. I love when people write a review of a song, and they come up with their own meaning for the lyrics. I love that.”