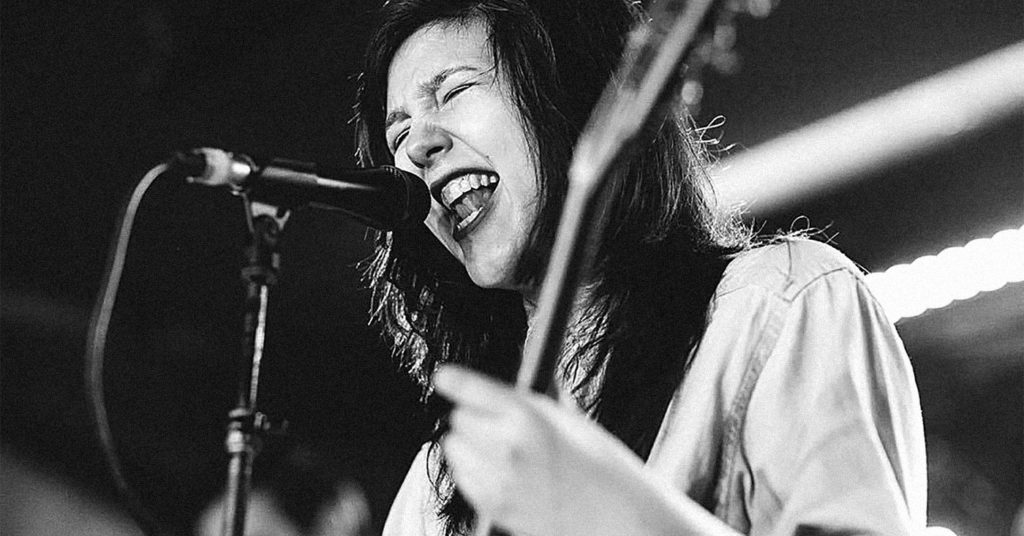 Halfway through Lucy Dacus’ debut album, No Burden, is one of the most brutally honest love songs of the last decade or so. On “Strange Torpedo” the narrator is watching someone speed down a track of substance-fueled, emotionally-unstable decisions toward an inevitable wreck, but still says nothing, just hoping it’s a phase that will pass. There’s no hero, no resolution and not much hope — it’s just a snapshot of two people stuck in some sort of turbulent limbo, basically waiting for a bad situation to get worse. The cliche thing to say would be that, at 21, Dacus seems wise beyond her years, being able to capture a scenario like that so fully, and maybe she is, but, really, the concept makes sense, being that your early 20s are magnetic to these kind of things.

“I was talking with a friend about their own experience with a… I guess, strange torpedo figure in their life and we had a lot to commiserate about, because I have a lot of people in my life where I wanted to shake and say, ‘What are you doing?’” Dacus said. “But, you can’t do that if you’re really friends with somebody or you really care about somebody. You kind of have to go through whatever they are going through with them. So, originally, it was about this person I didn’t know, but after writing it I realized how applicable it was to a couple of my friendships.”

Before No Burden, Dacus’ creative output fell more into visual art than in music, although she recorded with her friend Adam Watkins, who now performs under the name Wester Green, as a girl/guy harmony folk duo (“It’s not really something either of us really make anymore”)  as well as being a part-time member of a band in high school (“Really, I would just go on stage whenever they played and sing ‘Just Like Heaven’ by The Cure”).

“I hadn’t done a ton of performing before playing solo shows with my own music,” Dacus, who started playing the songs on No Burden by herself about a year before recording them, said. “I was never really seeking to play live. I had a lot of friends in Richmond that were encouraging me to play live and I don’t know why it started, and I don’t know if I would have done it without the encouragement.”

The nine songs on the record were filtered from about five times that many — “but only 20 that were worth mentioning” — resulting in 35-minutes of no-frills, lyrically-dense music that ranges from stark minimalism to layered, hook-heavy indie rock. The combination of stripped-down songs and bigger, more anthemic additions most likely had to do with going from solo singer-songwriter to having a full band, navigating the waters of evolving songs that she had already been performing for a while. Although, she said the transition itself was easy, and she couldn’t imagine turning back.

“It felt really natural,” Dacus said about forming the band and adding new parts and players to the songs. “The weird thing is ever playing solo shows now. I’m more adjusted to playing with a band than I am playing solo. Whenever I have to [play solo] I get nervous and wish I had my band behind me — it’s definitely the preferable format for these songs.”

Beyond No Burden, all of the material for a follow-up is already written, and they just started recording a few weeks ago. Dacus and company already have played almost all of the new songs live at local shows in Richmond, and there are some that they perform at every tour stop, which you can expect to hear at Zanzabar this weekend, and a little further down the line at Forecastle this summer.

“I still like the songs from No Burden and I still agree with what I’m saying, but the next album is dealing with the current questions on my mind. I don’t know when the album’s going to come out, so maybe it will all be behind me by then, but I am more invested in this content now.”