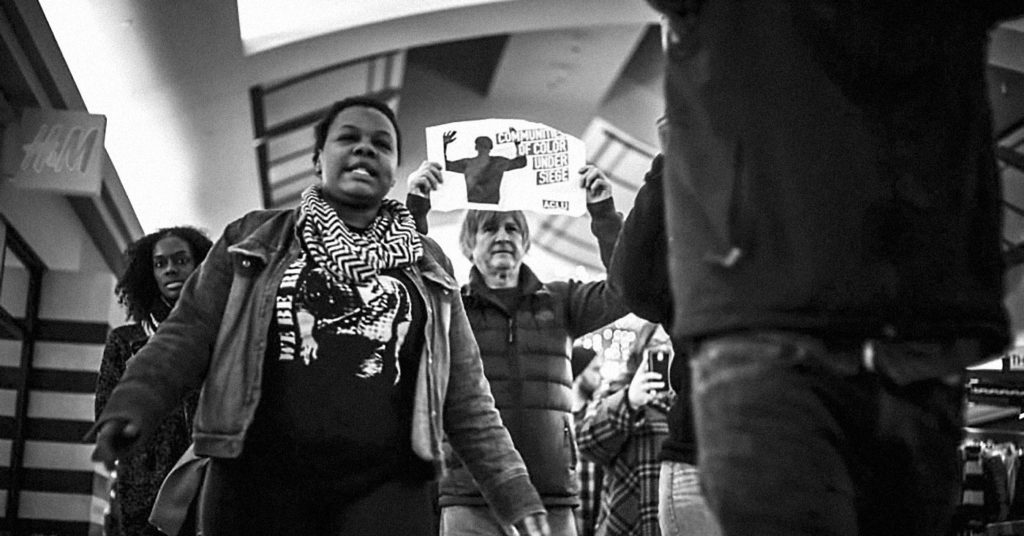 “I think one of the tragedies of the civil rights movement was, because the civil rights movement became so court-focused, I think that there was a tendency to lose track of the political and community organizing, and activities on the ground, that are able to put together the actual coalitions of power throughout which you bring about redistributive change. And in some ways, we still suffer from that.”
—Barack Obama

There you have it: Barack Obama says political and community organizing on the ground can bring redistributive change. And that is what we are going to need as President Donald Trump and Gov. Matt Bevin work to shape this country and state into their crude, exclusionary, xenophobic, Christian vision. It is like we have returned to the 1980s Reagan years or ’70s Nixon era. We need to reenergize our activism and focus on organizing and resisting. Here, writer Anna Rohleder speaks with two Louisville organizers with long experience in motivating and getting results. (To read the other Q&A with Carla Wallace of Louisville SURJ, click here.)

LEO: What’s changed for Black Lives Matter since the election?

Chanelle Helm: There’s nothing that’s changed. It’s a narrative that we’ve continually spoken about. I just need to keep doing what I’m doing.

Where do you start from in orienting people who want to help?

I do a lot of education around history and geography, to show people where we are, where we’ve been at, what they can do and assisting them with that. It’s about helping people see the changes they can create and letting them know it’s not going to be easy by any means, but it’s going to take all of us getting it done.

The toughest part of this work is uplifting the voices of the marginalized, instead of just being activists. An activist jumps on any cause, but an organizer leads together with everyone.

What’s your focus as an organizer?

It’s consistency and retention for the most part. As a community organizer, you are like the secretary or assistant for the community. You have to adjudicate for their needs but also know what their needs are and be consistent with that. As far as retention goes, a lot of activists go out and talk to those in the community but then those people never see them again. We can’t be operating like politicians. The whole backbone of empowerment is knowing the community, and not always coming in with a set of new faces.

What are the blind spots you encounter most often among activists?

They might pick up a cause like housing without thinking about other reasons people are being discriminated against. Sometimes we just think about doing the work we have and don’t join in with others. We have to be better about being intersectional. Accountability is key. We have to call out faults. It really hurts to do this work and then on top of that you want to be sure you’re operating in a just way. We don’t want to turn into the people who are doing the oppression.

A lot of people think that to have a voice you need to be egotistical. Fighting and being a soldier takes a lot of strength, but for the most part we need people who can keep a level head and feel as faulty as anyone else. And knowing that whatever they’re fighting for isn’t the end-all, so they have to keep going.

How do you keep people engaged and motivated for the long haul?

What’s daunting for people about working with the marginalized is that they’re going to hear, ‘What about me?’ Well, it is about them. And most of the time there’s going to be a lot of failure. There’s no ‘solution’ to the situation of those who are marginalized. But still we have to keep people hopeful. We learned from [Barack] Obama that the audacity of hope is real. We’ve got to do the work together.