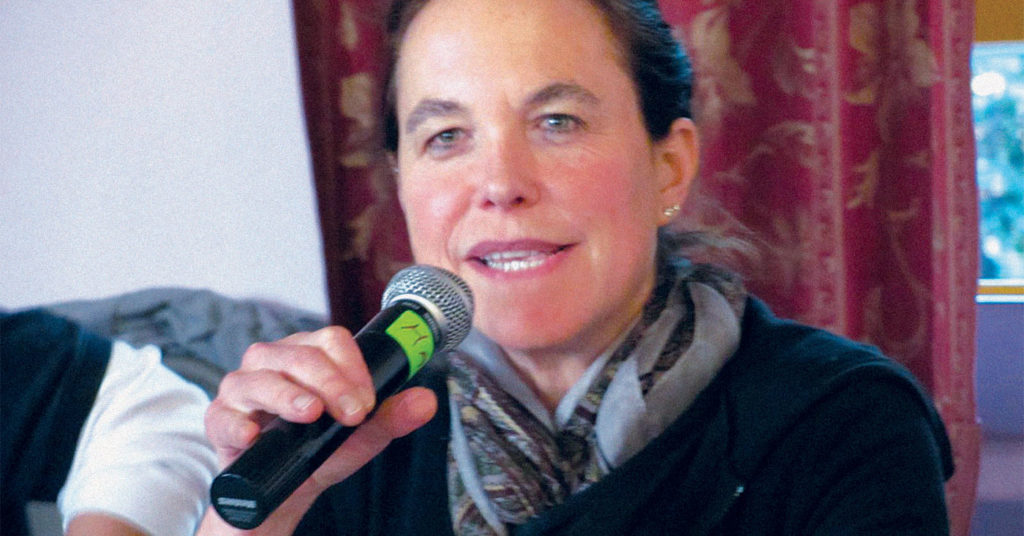 I think one of the tragedies of the civil rights movement was, because the civil rights movement became so court-focused, I think that there was a tendency to lose track of the political and community organizing, and activities on the ground, that are able to put together the actual coalitions of power throughout which you bring about redistributive change. And in some ways, we still suffer from that.”
—Barack Obama

There you have it: Barack Obama says political and community organizing on the ground can bring redistributive change. And that is what we are going to need as President Donald Trump and Gov. Matt Bevin work to shape this country and state into their crude, exclusionary, xenophobic, Christian vision. It is like we have returned to the 1980s Reagan years or ’70s Nixon era. We need to reenergize our activism and focus on organizing and resisting. Here, writer Anna Rohleder speaks with two Louisville organizers with long experience in motivating and getting results. (To read the other Q&A, with Chanelle Helm of Louisville BLM, click here.)

Carla Wallace: It is incredibly important for people to not normalize the Trump administration, even by saying, ‘Well, let’s see.’ It’s always those of us with more privilege, who have the luxury of saying: Maybe it won’t be so bad. Right now, we’re not sure what we’ll be dealing with, but we shouldn’t underestimate the threat to civil rights, civil liberties and core services like housing and jobs. Not to mention the targeting of immigrant communities, along with increased vulnerability of Muslim and black communities, especially black activists — and anyone who is resisting.

How do you channel people’s feeling of ‘I just want to do something?’ into useful action?

We have to develop entry-level ways of engaging. At SURJ (Showing Up for Racial Justice) we aim to grow a culture of welcoming and affirmation, of meeting people where they’re at. Even if people don’t have the perfect historical overview or understanding of racial justice in America, we allow them to learn as they go.

We do door-knocking in predominantly-white communities, where we have conversations about racial justice on people’s doorstep. Not from a place of ‘You’re a racist,’ but ‘Can we talk to you about how our lives as white people are connected to racial justice?’ We’ll have something for people to sign when we do door knocking — petitions to increase the minimum wage, or police accountability. We give out Black Lives Matter signs in white neighborhoods. That will definitely start a conversation. For those of us who are white, if we are not doing something, then we are part of the problem. No one has any reason to believe we are not against the rounding up of immigrants or the targeting of black people. We have to be breaking white silence.

What are some potential pitfalls to watch out for?

We cannot allow them to come for any of us without coming through all of us. We have to unite behind a solidarity strategy which does not sell off one community for another community behind closed doors or decides that certain communities are less worthy to stand with. It’s a tried and true strategy on the part of power and oppression to divide people against each other. We have to remember the words … that if they come for you in the morning, they will come for me at night.

How do you engage people for the long term, getting their commitment through setbacks and ups and downs?

For those doing the work, we know we need to do more self-care to grow resilience. One example is offering childcare at events, because to ask a parent to always leave their child behind means that person will burn out. We have meetings with healers, we do meditation, we check in with each other about how we’re doing. It’s important to have time off and support people through crises, so that we can have heart, mind and spirit in this. We have to call each other in rather than out, supporting each other through mistakes, offering individual and collective care so folks can survive for the long haul.