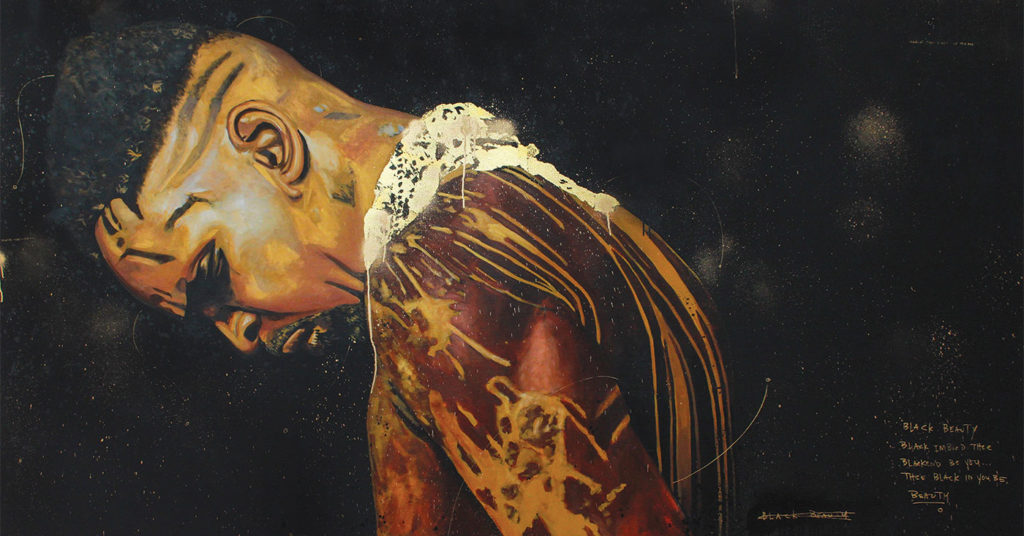 Black Lives Matter is a national movement that unites, enlightens or disrupts, depending on your point of view. Art has the ability to do the same. And when one is based on the other, as in “#BlackArtMatters,” enlightenment is hopefully the characteristic that’s strengthened.

That certainly was Daniel Pfalzgraf’s starting point. As the new curator at the Carnegie Center for Art and History, “#BlackArtMatters” is the first exhibition he has organized in its entirety since his arrival. But the show had been in his head for years, something he has been working on since 2014.

“I was familiar with a number of well-known African-American artists, like Kara Walker, Kehinde Wiley, former Louisvillian Sam Gilliam,” he said, “but I knew that I wasn’t where I needed to be, and that this show would become more of an exercise in what I didn’t know than what I did know. I knew that even if I, and probably many of my peers, weren’t purposefully excluding African-American artists from shows, the fact remains that they weren’t being adequately represented. African-Americans aren’t seeing themselves represented in these spaces, and non-African-Americans aren’t learning about their perspectives and experiences.

“And I think that that exclusion, that lack of connection and familiarity in the art world, is really a parallel to many of the root causes that our society finds itself in today, that has given rise to the need for the #BlackLivesMatter call.”

After researching and learning about contemporary black artists, Pfalzgraf selected 10 artists to be in the exhibition: Ray Dalton, Stephen Flemister, Robyn Gibson, Natasha Giles, Christina Long, Fahamu Pecou, LaNia Roberts, Dread Scott, Scheherazade Tillet and Shawn Michael Warren. Many live in New York City or Chicago. A few are from Kentucky: Gibson and Roberts are Louisvillians and Giles is from Lexington. They work in variety of media that ranges from painting to collage, zines to video.

“I focused on what I thought were important issues surrounding #BlackLivesMatter,” Pfalzgraf said, “specifically sharing a sense of identity, sharing stories of people in the community, sharing the histories that have led to where we are now today, sharing socio-political issues that color our perceptions, and I would approach artists whose work I felt fit within these different aspects of the show. And I think that, that of kind of effort, to step outside our comfortable bubbles to seek out others beyond our immediate circles, is something that can help ease much of what we find ourselves in.

“There is a strong commitment and desire among the ten artists to educate the public on respecting and valuing differences, to recognize that African-American history is still American history. It was very much a continuing process of learning and growth, and I hope that that energy somehow sparks many of our visitors in a similar fashion.”

The opening reception for “#BlackArtMatters” is Friday, Feb. 3 from 6-8 p.m.