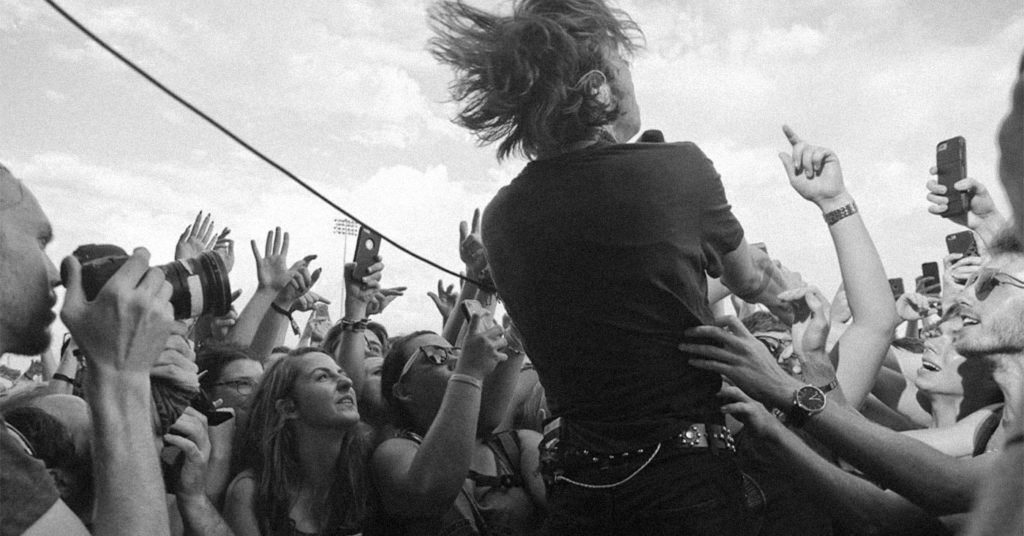 Waterfront Wednesday — April 26-Sept. 27
waterfrontwednesdays.wfpk.org
On the last Wednesday of the month, from April through September, WFPK’s flagship concert series, Waterfront Wednesday on the Big Four Lawn, is a free way to see what would generally be a $20-$30 ticket elsewhere. The majority of the 2017 lineup is set to be released in mid-March. The last two Waterfront Wednesdays of last year featured Nada Surf, OJR and Howell Dawdy in September; and Dr. Dundiff & Friends, Bright Light Social Hour and Bonnie Bishop in August.

Rye Back Porch Sessions — May 18-Sept. 23
backporchsessions.com
On the third Thursday of every month, from May through September, the Back Porch Sessions return to RYE. Taking place in the parking lot outside of the restaurant, these free shows highlight the local music scene and have featured Twin Limb, Quiet Hollers, James Lindsey, Young Widows and many more Louisville acts. All bands are still to be announced.

Moonshiner’s Ball — May 19-21
themoonshinersball.com
With a lineup that has Lydia Loveless, Margaret Glaspy — and Louisville bands Nellie Pearl and Vandaveer — this three-day festival in Irving, Kentucky looks like it might be worth the two-hour drive. With tickets that range from $35-$55 for a day pass, and $120 for the entire weekend, plus more additions coming to the lineup, it’s definitely worth keeping an eye on.

Poorcastle — July 7-9
poorcastle.com
With more than 30 Louisville acts in three days, the parking lot of Apocalypse Brew Works gives you a chance to see a few of your favorite local bands and find some new ones at only $5 per day. The lineup has yet to be announced, but this festival is well worth your time and money, with all proceeds going to Crescent Hill Radio.

Forecastle Festival — July 14-16
forecastlefest.com
With LCD Soundsystem, Weezer, Sturgill Simpson, PJ Harvey and Run The Jewels at the top of the Forecastle lineup, and bands like Spoon, Vince Staples, Beach Slang and Big Thief peppered throughout, 2017 seems to be a particularly strong year for the festival. Local acts Twin Limb, Jaye Jayle, Quiet Hollers and Jack Harlow add in a great Louisville representation, and there are still late-night show that have yet to be announced. General admission weekend passes are currently running for $169.50, and day tickets will be available at a later time.

Seven Sense Festival — Aug. 18-19
sevensensefest.com
The Seven Sense Festival has added a day and moved locations — although it’s about a block from the original spot. The fourth annual festival will take place at Swiss Park/Swiss Hall (719 Lynn St.), with an additional stage once again inside Zanzabar. The festival starts at 5 p.m. Friday, and this will be the first year it charges for entry, as well — a $7 ticket gets you in both days. The lineup is yet to be announced.

Moontower Festival — Aug. 26
moontowermusicfestival.com
A one-day festival outside of Lexington at Masterson Station Park, Moontower has not released its 2017 lineup yet, but, right now, you can grab an early bird ticket for $25. Last year, they had Manchester Orchestra, Drive-By Truckers and Trombone Shorty. Every year, I look for a cheap day festival to go to, and I think I’m going to take a blind chance on this. •