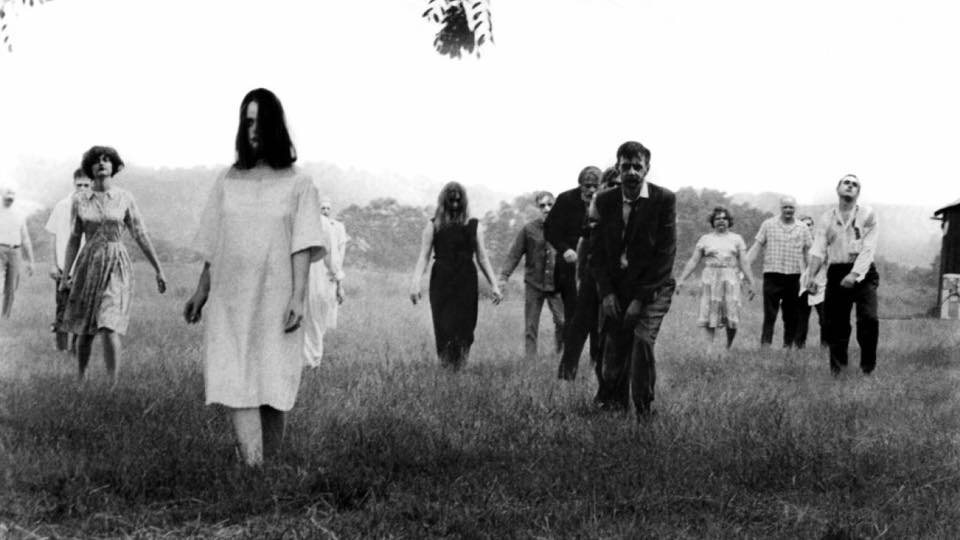 A still from the film "Night of the Living Dead."

Artist Tours of “The Future is Female”
21c Museum Hotel
Free  |  5-6 p.m.
“The Future is Female” is an art exhibit that investigates “identity, consumer culture, ecology, history and mythology” through the lens of contemporary feminism. This Friday, you can explore the exhibit with one of the featured artists, Gaela Erwin, who will give background and context to her work and the inspirations behind it.

Sister Lavender Skare presents “Night of the Living Dead”
Cure Lounge
$5  |  9:30 p.m.
In the spirit of Elvira and Svengoolie, join Sister Lavender Skare (Louisville’s “creepiest queer nun”) for a night of total terror! Sister Skare will be showing one of her favorite films, and the original zombie flick, “Night of the Living Dead.” Feel free to come dressed as a ghoul, since there is an intermission costume contest.

Blaklyt presents Shadowlands
Mag Bar
Free  |  10 p.m.
Shadowlands, the “longest running hip-hop showcase in the city,” is back for another night of the best rap and R&B in Louisville. Performers include Semi, Blaklyt, Brogods of Zukii, Peter Wesley, Trap King Kai and featured DJs Mean Team.

Get off your ass and go outside!
Anywhere
Free  |  Anytime
It’s going to be 69 degrees outside this Sunday, so get your ass outdoors! Take a stroll through your local park, get out of the city and hike in a nearby forest, but just do something to enjoy the weather before we get stuck with more depressing cold.