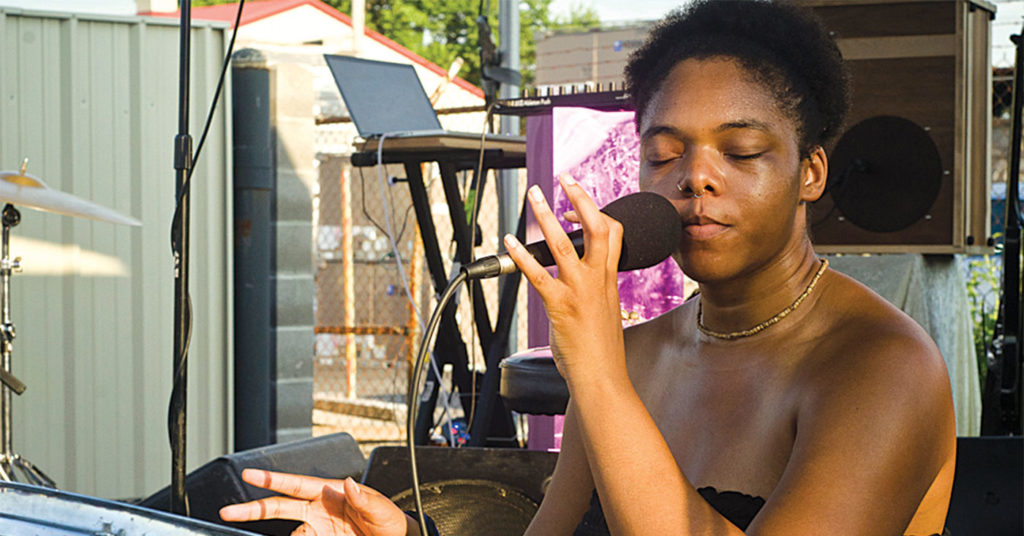 After spending months at the Dakota Access pipeline protest, Kelli Mattingly had no qualms when asked to help with a benefit concert in Louisville for those on the front lines in South Dakota.

“I couldn’t watch that happen and not do anything about it,” the Louisville-native said, adding that she had intended to stay at the protest for a week. “And it turned into two months, because I had finally found some meaning to my life. I encourage everyone to find their cause and fight for it. There is no feeling like it in the world.”

The Department of the Army said in December it would not allow the pipeline to travel under the Missouri River, but the new Trump administration could overturn that decision, allowing oil to travel through sacred land of the Standing Rock Sioux Tribe.

This weekend, Louisville artists, activists and musicians come together for the Louisville Standing Rock Benefit, three days of events that feature a who’s-who of artists. Proceeds will go to the Standing Rock Legal Defense Fund and the Oceti Sakowin Go Fund Me for community supplies, as well as the Water Protectors Legal Collective which has just filed a lawsuit against Morton County police for the excessive force used on Nov. 20.

Mattingly, a recent transplant to Seattle, felt moved to activism after videos of the Dakota Access operators releasing dogs and pepper spray on the protesters. Since she spent several weeks at the protest, she acted as the eyes and ears and inspiration for the benefit concert, sharing her story and advising on which organizations need the money.

“It was heartbreaking and traumatizing to see such beautiful people being brutalized but inspiring when everyone was ready to try again the next day,” Mattingly said of her experience in the Oceti Sakowin Camp.

Margaret Morley, a musician, muralist and mental health professional who helped organize the event, said she and event coordinators turned to Mattingly for insight into the best ways to get involved from Louisville.

“There was little-to-no stress in organizing this event,” Morley said, explaining that recruiting bands was easy. “There are a few bands I asked personally, because I knew they would want to take part, and they would draw a crowd and they are friends.”

Mattingly stressed the urgency of the situation.

“It’s important that people realize construction of the pipeline has not been stopped,” she said. “Construction equipment and crew members remain. Drone footage from the water protectors has shown movement of the drill pad which means construction is still happening. DAPL believes that money will buy them out of everything they have done illegally.” •

The Louisville Standing Rock Benefit runs Friday to Sunday at three venues with a lot going on at each event. On Friday, Kate Sedgwick will host a night of music and weirdness with Memory Gloss, Santanna Jones, Octo Claw’s Bizarre Bazar and Isolation Tank Ensemble at Kaiju. Saturday sees a performance by Cher Von, Wombo and Anwar Sadat at the Green Room in the Fresh Start Grower’s Supply. Sunday features The Other Years, Sapat and Keenan Lawler at Dreamland with field recordings from Aaron Rosenblum.